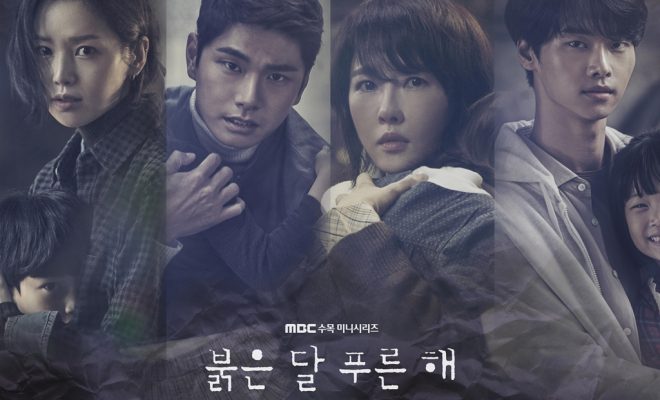 The number of dead bodies and abused children involved continues to grow as the main characters try solving the mystery behind it. 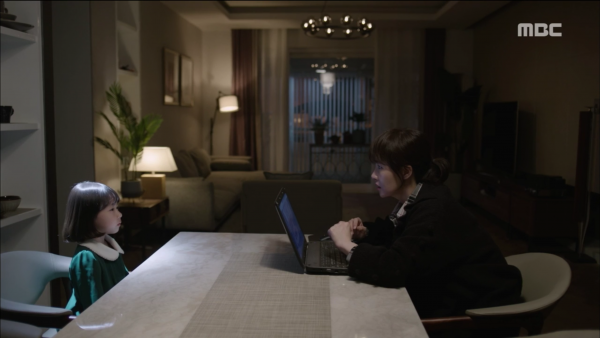 After the accident that killed a boy, Cha Woo Kyung (Kim Sun Ah) finds it hard to lead a normal life. She continues to struggle with her work which still results of parents removing children from her counsel. Her personal life is also in ruins as she and her husband file for divorce after discovering the latter’s affair.

In addition to these, she remains the central figure involving the children and the deaths of abusive parents. The deaths are initially ruled out as suicide cases. But as Detective Kang Ji Heon (Lee Yi Kyung) continues to investigate, it is becoming more apparent that the deaths are not.

Ji Heon collects more evidence to prove to his superior that these are murder cases. He questions the wife of the man found dead in his vehicle, and discovers the wife carried out the murder. His superior assigns him to form a group that will secretly investigate the cases. 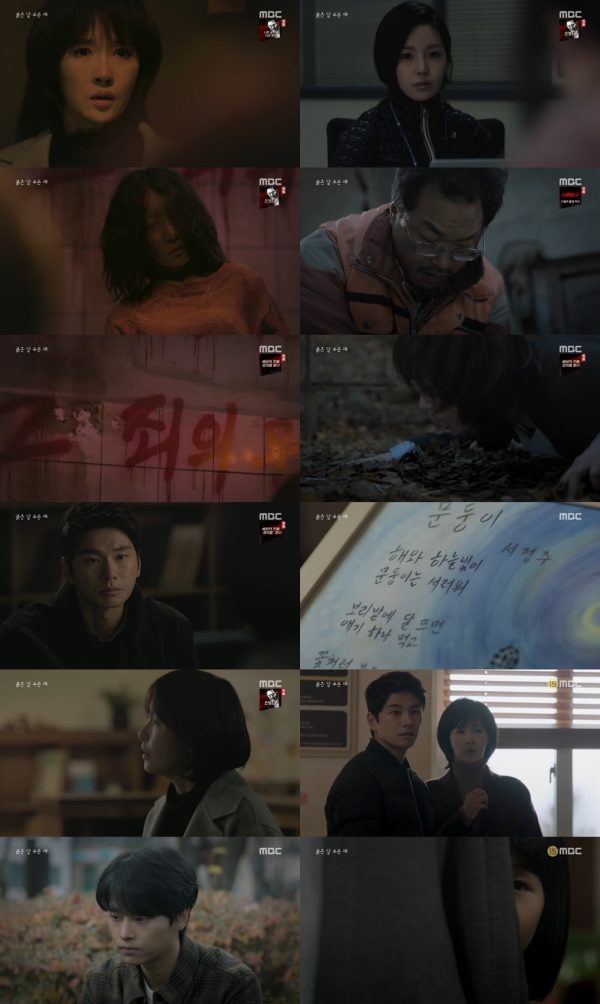 In another case, Ji Heon and Woo Kyung track the whereabouts of the daughter of the woman found dead in the Children’s Center. Thinking at first that she is the girl in the green dress, Cha Woo Kyung together with Ji Heon eagerly meets the child. Much to Woo Kyung disappointment, it turns out to be a different girl. However, they find a framed portrait of the poem that contains the words written on the wall of the Children’s Center.

Ji Heon suspects Eum Ho, the all-around maintenance guy of the Children’s Center. Ji Heon discovers Eum Ho volunteers at the orphanage where the victim’s daughter was abandoned. Eventually, he is released when the girl tells the authorities he is not the man who killed her mother.

The husband denies having a daughter with the murder victim. He is surprised to learn of the child’s existence. He refuses to give a DNA sample, but Ji Heon manages to obtain it. 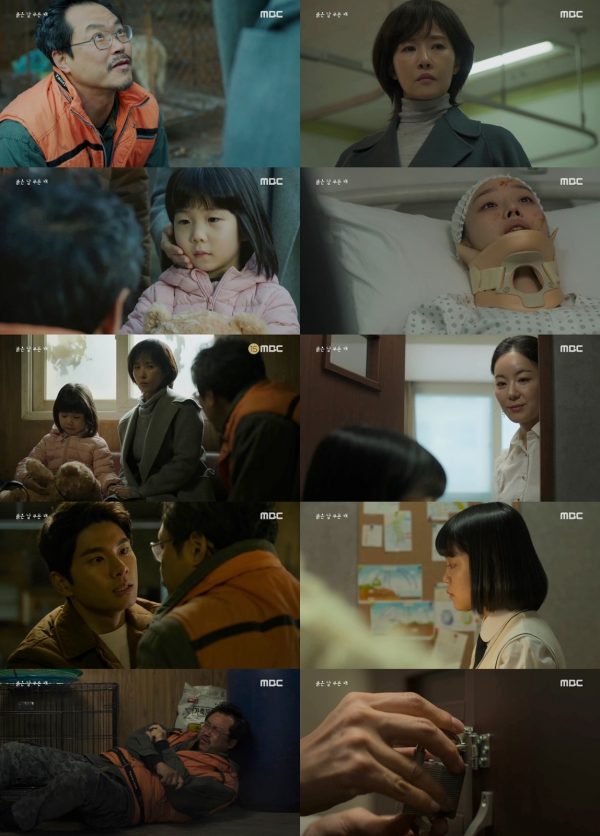 It gets more complicated as the test result proves the husband is the father of the child. When the father requests for a meeting, Woo Kyung and Ji Heon accompany the girl. He continues to deny knowing the child and gets angry. His anger scares the girl and she wets her pants. Woo Kyung asks for bathroom but she bolts and immediately locates it. This suggests that the girl knows her way around the house.

Going back to the woman who murdered her husband, she tells Ji Heon that she communicated with a certain “Red Cry” through a secret chat. This person convinces her that the only way to end their suffering is to end her husband’s life. The woman thinks Woo Kyung is “Red Cry” because she was the one who told her of the chat room. Woo Kyung denies it. And to prove she is not, she sends a message asking if “Red Cry” knows her. She receives a confirmation reply. 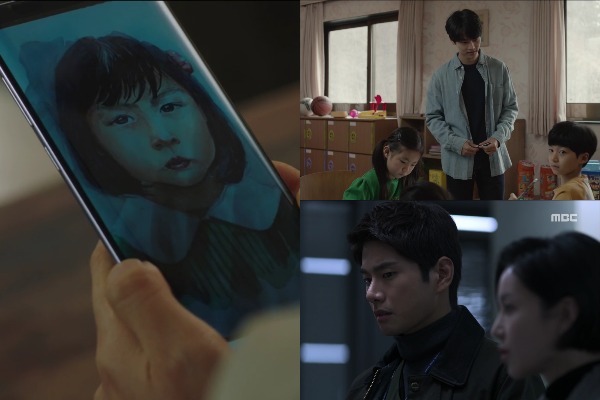 Apart from cooperating with the investigation on the murders, Woo Kyung is also conducting a search of her own. She reaches out to her kindergarten classmates in hopes of uncovering the identity of the girl in the green dress. As she speaks with her old acquaintances, she is confused because she remembers her past differently.

A former classmate points out that the girl on the sketch is her, but Woo Kyung said it is impossible. Later, that same classmate takes back her claim. She apologizes for the mistake and sends a picture to explain her confusion. As Woo Kyung struggles to remember, the girl in the green dress once again appears before her.

Children of Nobody started good and keeps on getting better each week. The plot remains intriguing and the solid character portrayal contributes to the drama’s overall appeal.

Cha Woo Kyung’s complicated childhood and a past she can’t seem to remember correctly put more complexity to her character. You have to applaud Kim Sun Ah’s portrayal of her character. She fully embodies a woman who grapples to understand the events happening around her. She is able to effectively convey Cha Woo Kyung’s struggles to hold on to her sanity. It is interesting to note that every time she becomes emotionally distraught and on the verge of losing it, the girl in the green dress shows herself. She seems to find comfort in her presence. 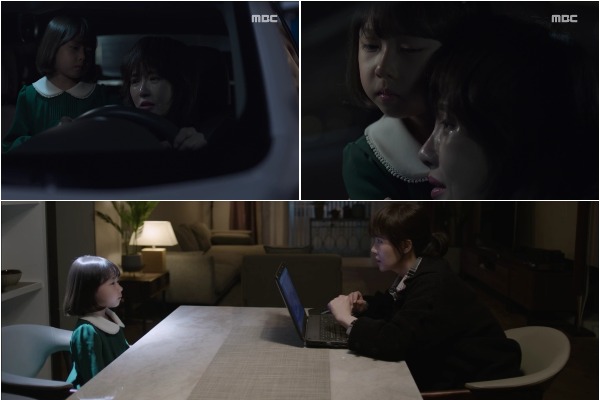 The inclusion of certain poems’ passages to the murders is adding more mystery to the story, and it keeps the viewers engaged. Kang Ji Heon’s tenacity and sense of justice led to the discovery that these murders are not simple and a serial killing is happening. Although Ji Heon first met Woo Kyung as one of the suspects behind Park Ji Hye’s murder, he continues to give Cha Woo Kyung the benefit of the doubt. Even though the evidence and circumstances point to her involvement, he refuses to believe she could carry out murdering people.

Another mystery I really like to uncover is this Red Cry character. This person knows what is on Cha Woo Kyung’s mind, and able to reach out to the people she interacted with. The level of precision and know-how of this character to influence the victims to do his or her bidding is chilling.

The manners in which the plot progresses and the characters’ arcs development give the audience a sense that the second half of the drama will remain interesting. As a viewer, I am eagerly anticipating on how the story will continue to unfold.

Watch the second act of Children of Nobody as it airs on MBC every Wednesday and Thursday at 10PM.