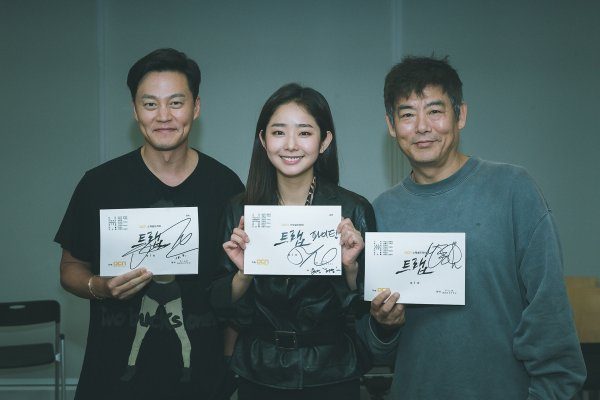 Headlined by Lee Seo Jin who will portray the role of a veteran anchor with a perfect life until a tragic situation that befalls him. The rest of the cast, Sung Dong Il, Im Hwa Young, Seo Young Hee, Jang Won Hyung, Lee Joo Bin were in attendance. 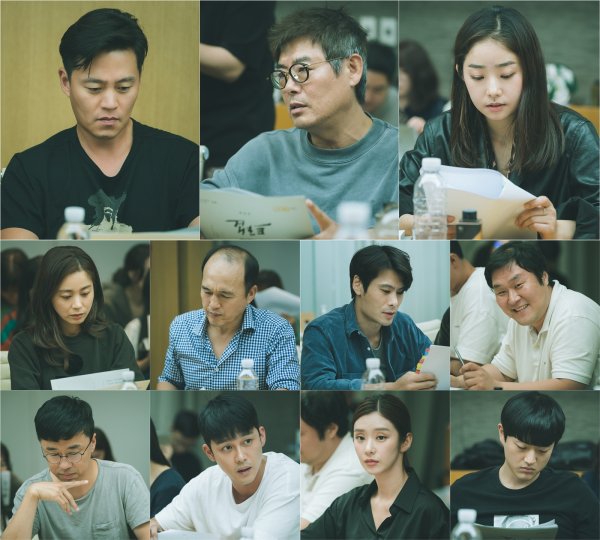 Known for his remarkable performances across wide variety of genres, veteran actor Sung Dong Il raises expectations for this thriller. The two actors greeted each other brightly, but completely transformed into their characters once the script reading started. Lee Seo Jin portrays a character well-loved by the nation. He is already scheduled to enter politics when something unexpected happens to him. Kong Do Kook (Sung Dong Il) will be the detective who takes on the anchor’s case.

OCN introduces the format of film and drama and Trap will utilize it. Viewers should look forward to well-made stories that are done with a lot of dignity and hard work. The production crew was satisfied with the table-read because they witnessed the tension coming from the actors.

Under the direction of Park Shin Woo, Trap, penned by Nam Sang Wook will premiere in the first half of 2019.