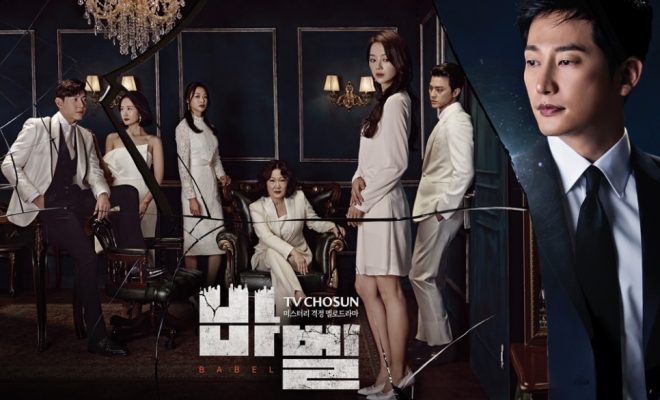 Writers Kwon Soon Won and Park Sang Wook penned a drama that’s full of mystery and tension. Director Yun Seong Sik, who has hits like Hwarang and Bridal Mask under his belt, is fully prepared to keep viewers at the edge of their seats.

Park Shi Hoo takes the lead in this suspense drama as Woo Hyuk, a prosecutor who is out for justice. Beautiful Jang Hee Jin joins him as Jung Won, the suspect in her husband’s murder.

As the matriarch of the family, Kim Hae Sook is unstoppable in making sure that her elder son, Soo Ho, becomes the company president. In the premiere episode, the multi-awarded actress kept the atmosphere tense with her steely gaze and callous demeanor. 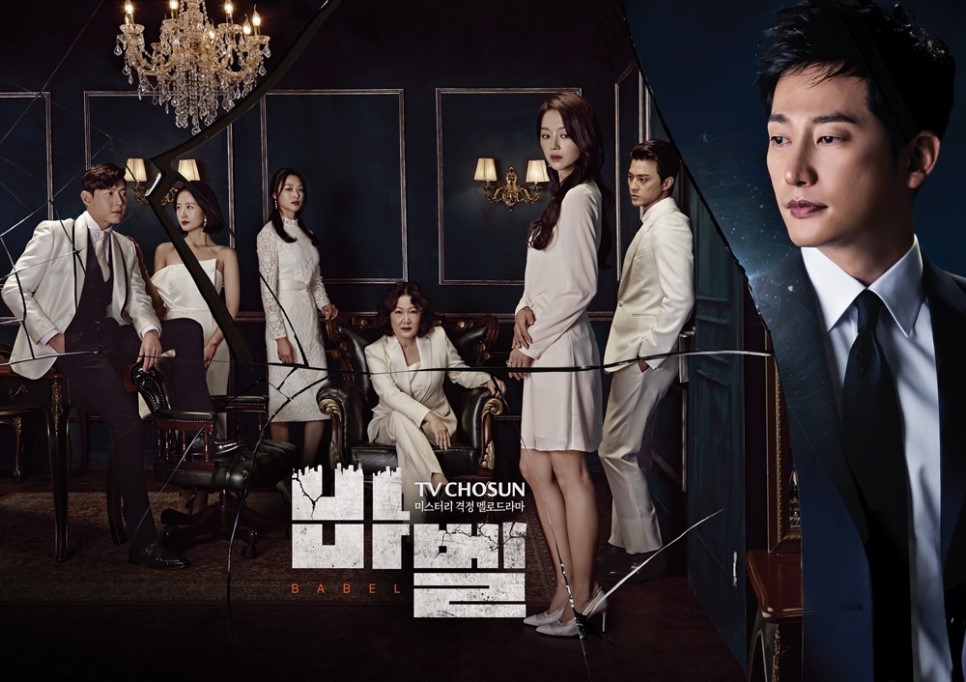 Whether it’s defending helpless elderly men or his clients in court, prosecutor Woo Hyuk stands up for justice and isn’t afraid of anything, or anyone. As a former reporter, he has the gift of glib and can charm anyone into doing as he pleases. 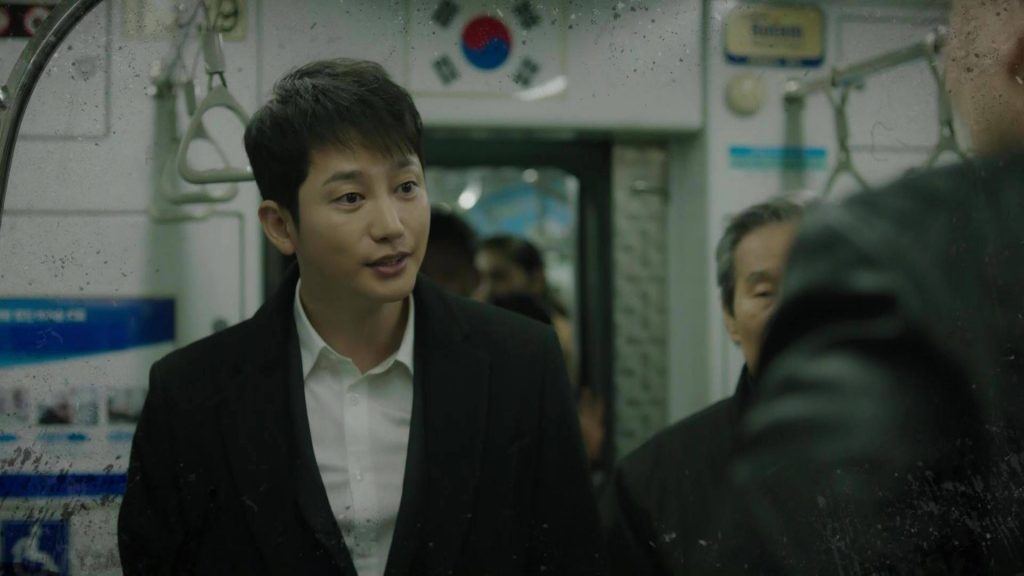 The Tae brothers, Soo Ho and Min Ho are up against each other for the presidency of their father’s company. When Min Ho gets it, Soo Ho can’t hide his disappointment.

That evening, a family dinner is held. Yoo Ra, the rich lawyer daughter, brings Woo Hyuk with her.

During the meal, Soo Ho cannothold it in any longer. His sudden outburst surprises everyone. Despite his mother’s warning to hold it in, he lets his emotions take over and expresses disappointment. Outraged, his father tells him off and stuffs an entire piece of steak in his mouth. Embarrassed, Soo Ho chokes on his food but does as he’s told.

Chairman Tae calms down and speaks to Woo Hyuk after the meal. They talk about his plans to join the company as a lawyer. Woo Hyuk discloses that he wants power that can’t be taken from him. Chairman Tae is impressed with his honesty, but requests for him to revise his will before anything else.

Although Min Ho presents a charming and kind disposition, he’s a totally different person to his wife when they’re alone. His wife is nervous around Min Ho, and there’s carefully hidden fear when she’s around him. 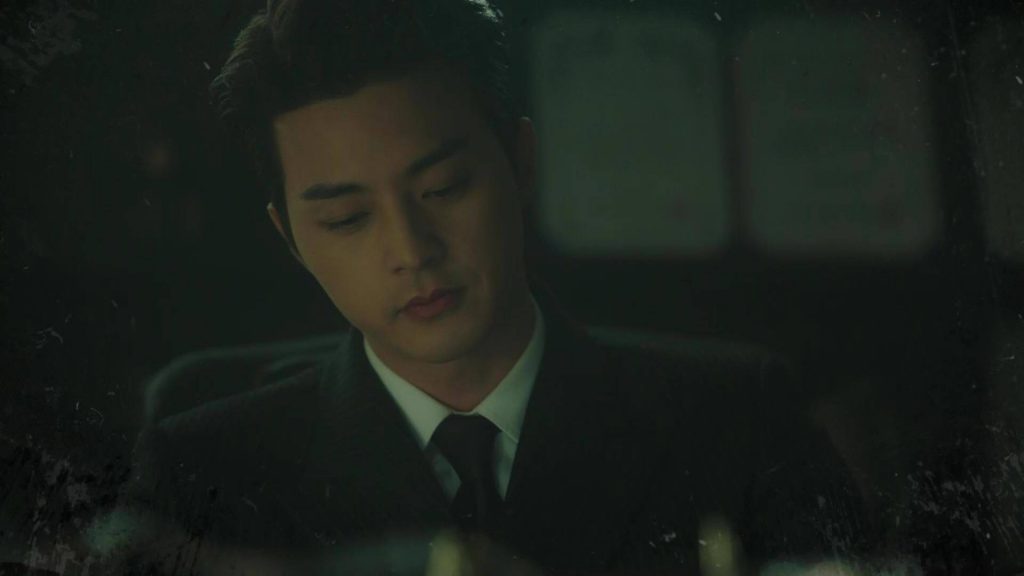 In reality, Woo Hyuk is working on bringing down Chairman Tae & his company. He met up with a man named Ricky, who promised to bring him evidence in exchange for cash. However, Ricky gets kidnapped. Woo Hyuk engages in a high-speed car chase that ends in disaster for him.

Although Chairman Tae is most likely behind the kidnapping, Woo Hyuk is keen to think otherwise. Meanwhile, Ricky finds out that his conversation with Woo Hyuk was recorded. He is wanted now for the evidence he holds. 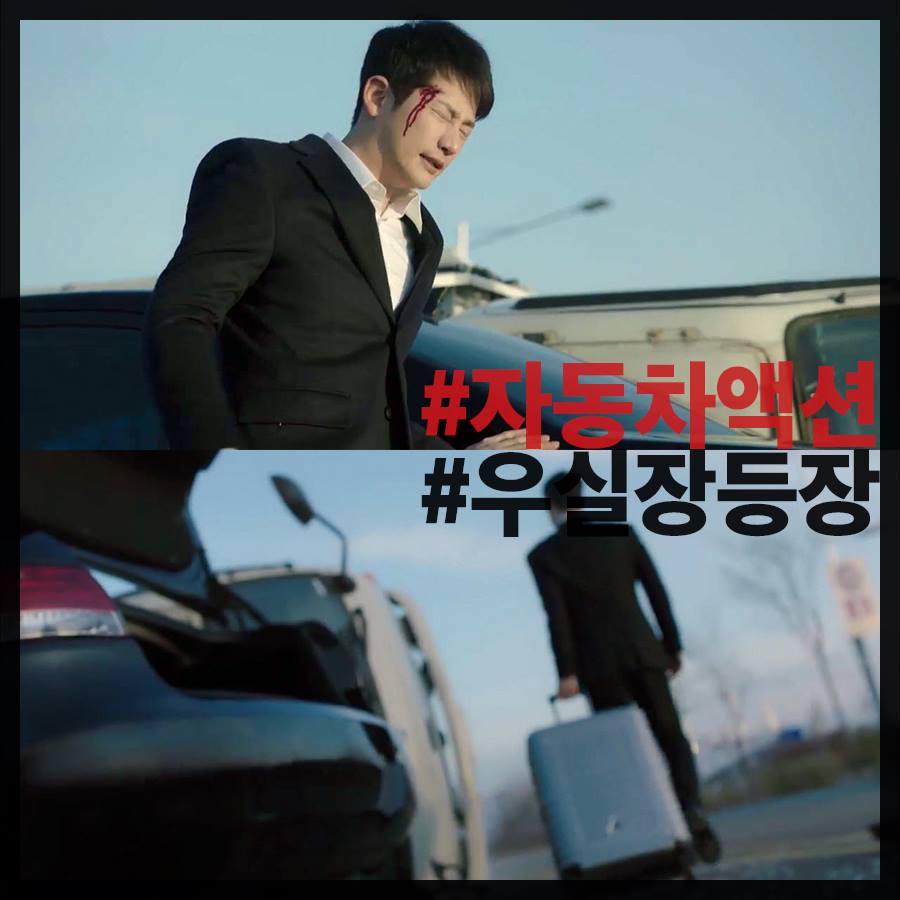 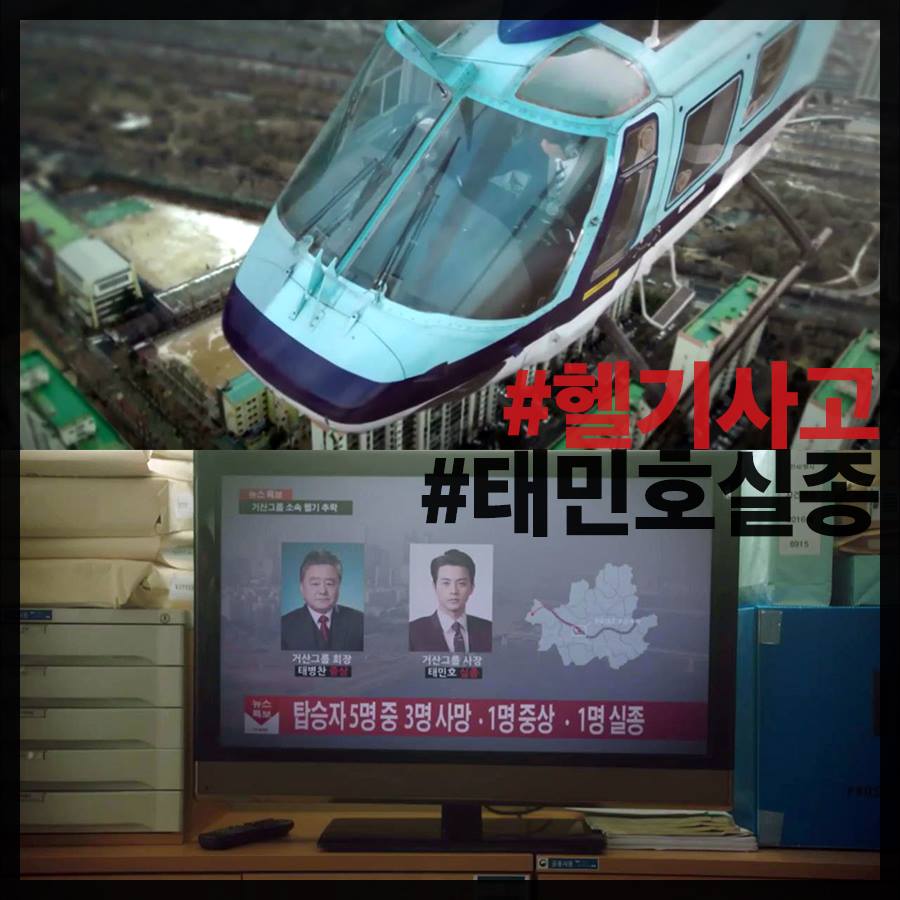 The entire family gather in the hospital. They anxiously wait for their father to get out of surgery. Upon learning that Min Ho is presumed dead, his mother Hyun Sook faints and is brought to a hospital room.

Once she comes to, she urges her children to go wait for their father to get out of surgery instead. With a weak smile, she insists that she’s fine. But she bursts into evil cackles as soon as she’s alone. She immediately requests for a board meeting. 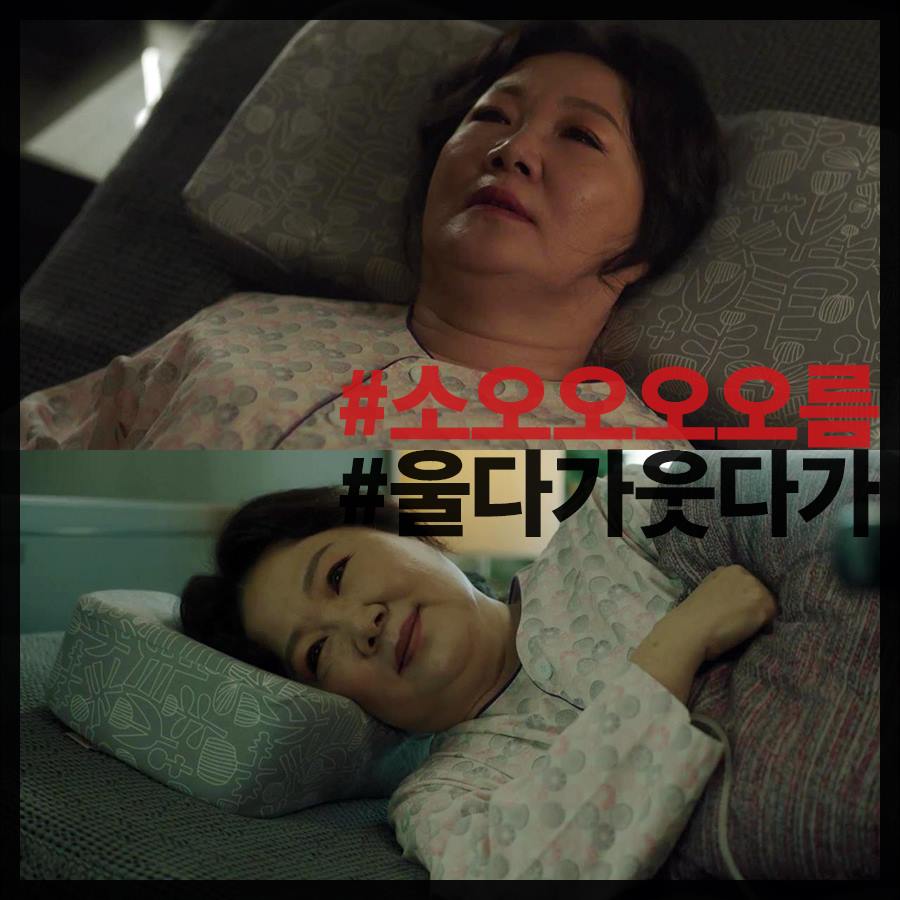 Meanwhile, the family is informed to expect the worst for their father after his surgery.

Once she’s better, Hyun Sook gets ready to leave when she’s surprised by the entry of none other than the missing Min Ho. He sneers at her and accurately guesses that she’s not happy he is alive. Outside the room, Jung Won sees her husband standing with his mother. Jung Won is devastated and she hurriedly runs away, only to be followed by Woo Hyuk to the stairwell.

There he cradles her face in his hand tenderly and wipes away her tears. He leans down to kiss her. All this time, Min Ho stands a few feet away, watching his wife kiss Woo Hyuk.

Although the story was confusing at first, it draws you in around the middle. Once it’s clear that it’s a battle between the brothers, the viewers are quickly led to lean towards the kind and considerate Min Ho. Despite the support of his mom, Soo Ho has way too many vices to get the sympathy of the viewers. His drug habit and mistress disgust his wife and it’s obvious that there’s nothing but animosity between them.

Kim Hae Sook as the matriarch of the family keeps you engrossed. Her ambitions for her son Soo Ho promises of a possible elaborate scheme to get her son to the presidency as she assured him she would do. However, her dislike for her other son Min Ho makes you wonder what’s the story behind the missing motherly bond. 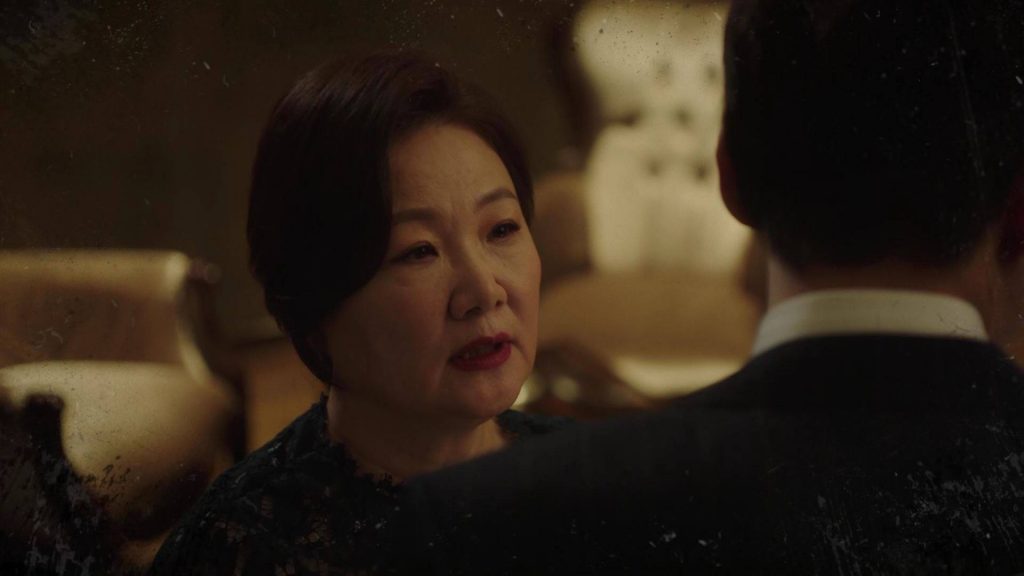 Park Shi Hoo holds the viewers’ attention in the first few minutes of the premiere episode. In the latter part, his character quietly slips in the background as the complications of the Tae family sprouts up. He merely became a bystander during the family dinner. 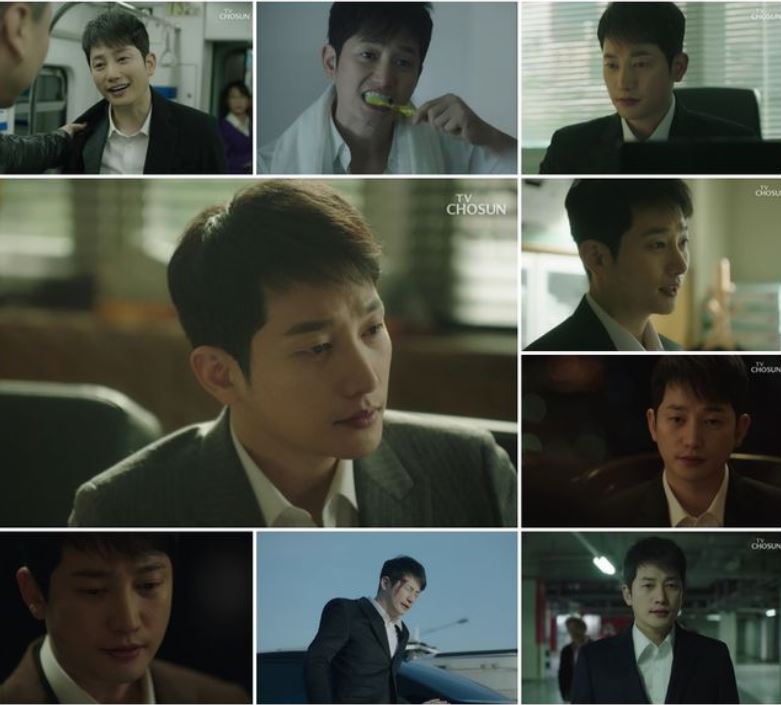 What I liked about the premiere episode is that it lulls the viewers into a certain belief and then turns around to  destroy that belief in the next few seconds. The mystery behind Woo Hyuk and the Tae family caught my attention and got me excited for the next episode. Babel started strong with its pilot episode, and I can only hope that it can keep up the high excitement & riveting storyline.