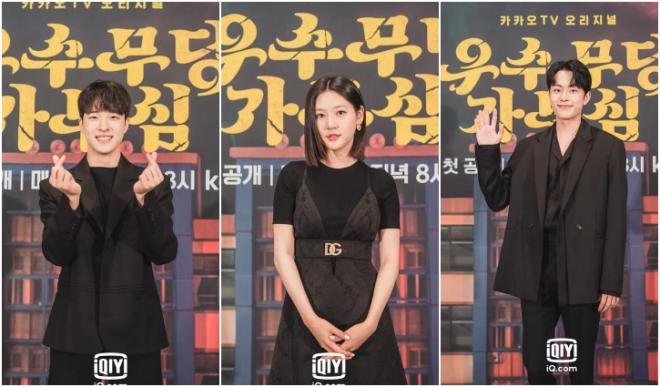 The Great Shaman Ga Doo Shim is decked for its highly-awaited premiere tonight on iQiyi!

iQiyi’s new K-drama series The Great Shaman Ga Doo Shim held an online press conference in Seoul on July 29. The series features two next-generation actors who have been acting since their adolescent years. They fight against evil spirits and grow affectionate towards each other. It’s Nam Da-ri’s first leading role since his adolescent years. It’s also the first series in two years for Kim Sae-ron (The Man from Nowhere).

At the press event, director Park Ho-jin and the cast (Nam Da Reum, Kim Sae Ron, Moon Sung Keun, Yoo Seon Ho, and Bae Hae Sun) talked about their experiences during the production. Kim made a pledge for the ratings. Nam confessed that he felt pressured to play the leading role. Director Park also hinted at the possibility for a second season. While the story was about spirits, Park said, it focuses more on humanity and coming-of-age experiences for teens. 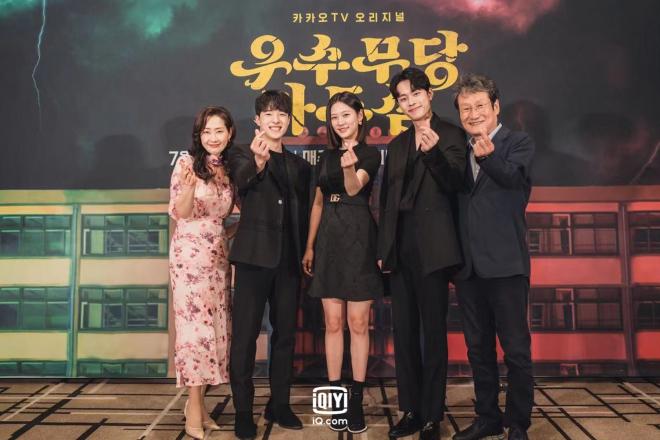 When asked about the next season, Park said “I think there is a need for the second season. Leading characters are students now, but they will encounter more issues and develop more stories in the future. If viewers love the first season, I will definitely agree to a second season”.

Kim will celebrate her 22-year-old birthday on July 31, but she is comfortable about putting on high-school uniforms again. Responding to her first series in two years, she said, “Even though it’s a story about witchcraft, I feel more connected to humanity and emotional aspects. I was hooked to the script as soon as I started to read it”. 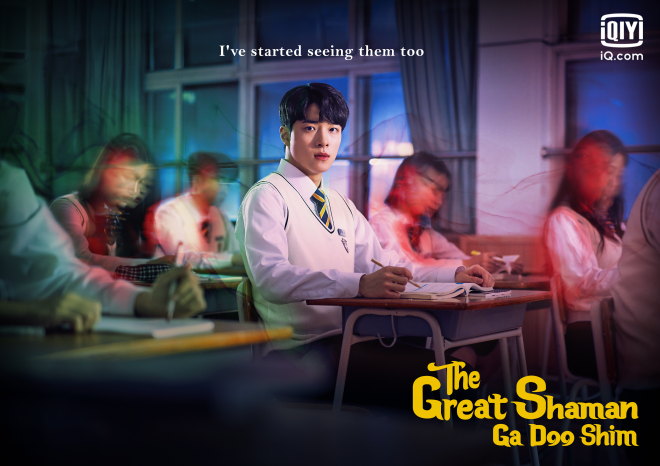 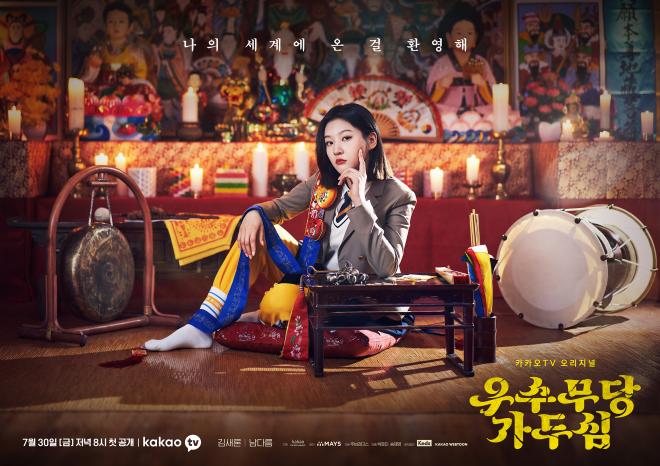 This series is also meaningful to Nam, since it is his first leading role after adulthood. With that, he feels pressured during the production. When asked about working with Kim who is two years older than him, he said, “She really takes care of me. Since we have both been acting since childhood, we share and discuss a lot of frustrations and experiences on the set.”

In the trailer, Kim and Nam cuddle each other closely several times. “Cuddling is what brings them closer together,” said Park. “Their authentic chemistry is convincing to all the crew.” Kim also said if the series attracted many viewers: “I would have a happy dance”. Since the series is about fighting against evil spirits, Kim would like to give away lucky charms with signatures from the cast to viewers.

After rising to fame in the reality show Produce 101, Yoo Seon-ho will play an evil spirit in the new series. In order to truly commit to the character, he studied other similar genre series, bleached his hair four times, and used a lot of stage blood.

In The Great Shaman Ga Doo Shim, Kim Sae-ron plays a brave and outgoing high-school student Ga Doo-shim. With shaman quality by birth, she always longs for an ordinary life. After she encounters a straight-A student Na Woo-soo (played by Nam Da-ri) who can see spirits, they are dragged into mysterious and adventurous incidents.

Starting from July 30th, the series will be exclusively available at 19:00 every Friday in iQiyi International app or on iQ.com. 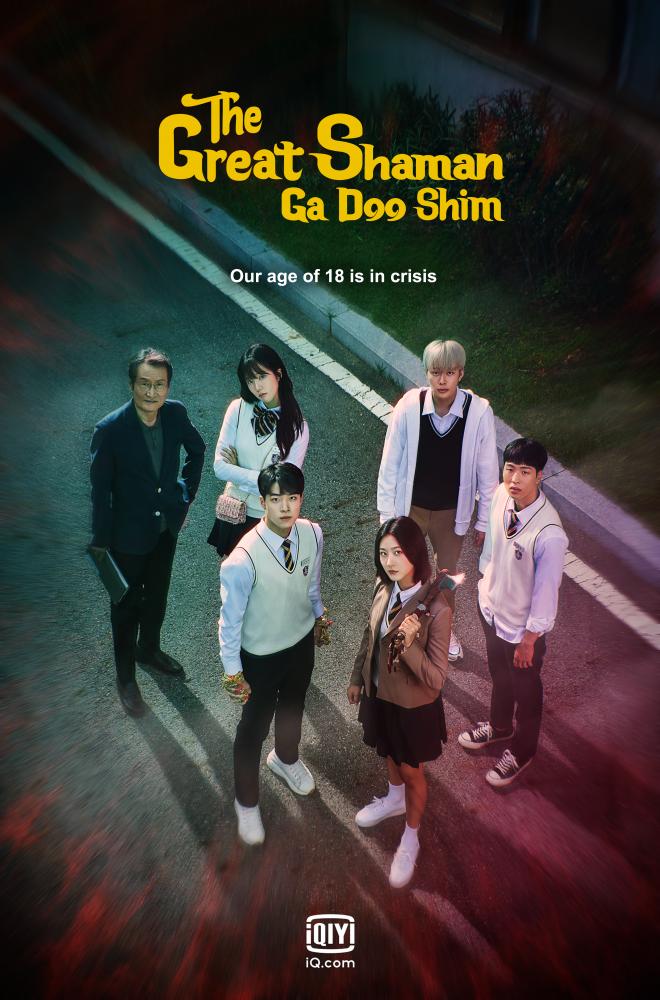