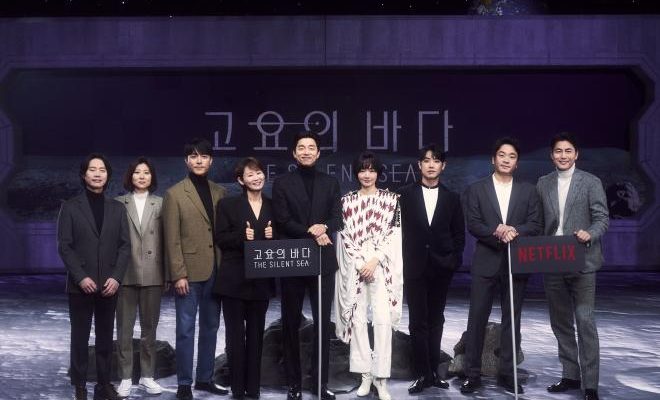 Along with that, creators Park Eun Kyo, Choi Hang Yong and Jung Woo Sung conveyed preparations in the casting and shooting.

Set in the near future when the depletion of natural resources has devastated Earth, this Netflix Series tells the story of an elite crew sent on a special mission to an abandoned research base on the moon. The Silent Sea is the first Korean series to take place on the moon. It portrays an unpredictable set of events taking place in an abandoned lunar research station shut down five years ago. 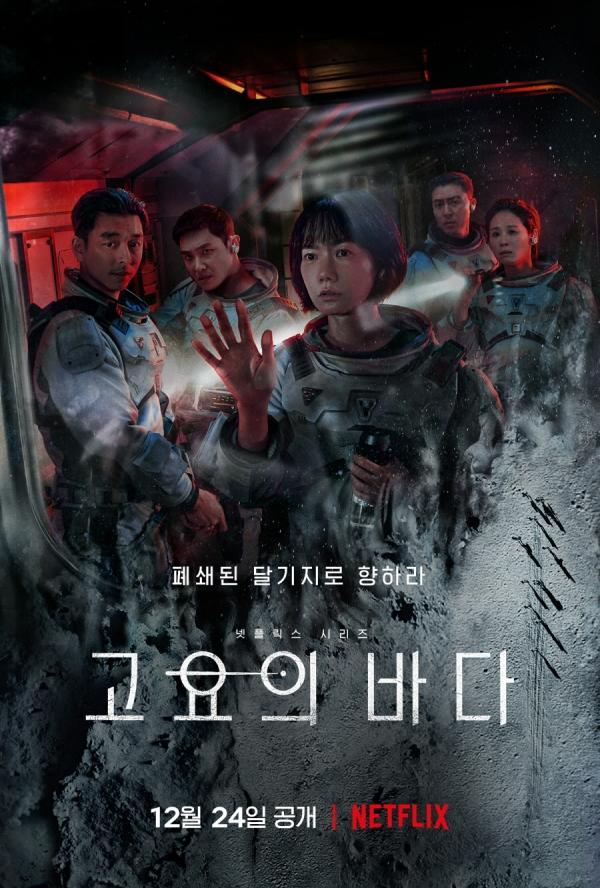 There the crew members desperately search for clues to save mankind from extinction. However, the crew confronts evidence of why no one from the previous mission had returned alive. It is also based on director Choi Hang-yong’s short film by the same name, which received much acclaim at the 13th Mise-en-scène Short Film Festival in 2014.

Actor Jung Woo Sung was enthralled by this story that Choi has been crafting for over a decade. “I loved the spectacular ideas behind the story. I wanted to be involved in creating a sci-fi series that is uniquely Korean,” Jung said. His participation in the production of the series has garnered much attention from early on.

Also joining the creative process of this intriguing story of exploration is writer Park Eun-kyo, who received Best Screenplay awards at the Korean Association of Film Critics Awards for Mother and at the Blue Dragon Awards for Crush And Blush.

A juggernaut cast — consisting of Bae Doona, Gong Yoo, Lee Joon and others — portrays the elite team members who risk their lives to participate in a special mission. With the synergy and the intense suspense they create, the sci-fi thriller The Silent Sea will surely become the grand finale of the year 2021 for Korean films and series.

Conceived from his graduation work 10 years ago, Director Choi Hang Yong together with an elite creative team and actors, secured a groundbreaking project in the history of K-Drama content. With Netflix picking the series, the story extended not just on its initial lunar-based situation but also explores its back stories.

#TheSilentSea is based on my graduation work. There were a lot of movies that depict outer space but are not specific to the moon. Thus, I wanted to create a story about the moon.
– Director #ChoiHangYong pic.twitter.com/tZ4dZBb1Cr

Confessing how he was mesmerized in the story, actor-producer Jung Woo Sung expounded on why he picked up the project.

“When you look at the setup of a story that really makes or breaks the entire production. This very unique setup of the story, I just fell in love. Whie there are a lot of scifi films out there, it wasn’t explored much in Korea. This smartly created setup, I felt like we could really create something special.”

Meanwhile, Writer Park reveals upon seeing the script of the short film, she knew the genre was difficult to tackle. Seh admired Director Choi for being ambitious and the script for being well-written.

“It was something that inspired me to take on the challenge. It provided a great motivation for me to create something special.” 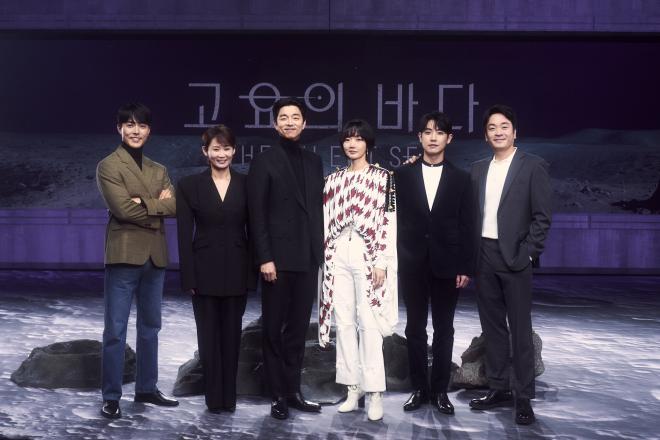 abbyinhallyuland thanks Netflix for the invite to the press conference