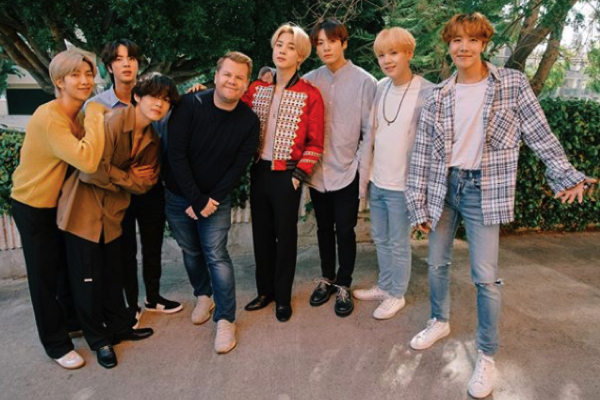 On March 30, James Corden, broadcasted a special edition of The Late Late Show where he guested a roster of spectacular international artists including BTS.

Despite the pandemic, James Corden kept the Late Late Show going with a revamped home version of the comedy talk show under the catchy name of Homefest.

The special edition aimed to raise awareness and money for Feed the Children and the CDC Foundation. A bright highlight in the lineup of stars featured in it was BTS, who shared uplifting words and performed their hit Boy With Luv from their rehearsal hall. 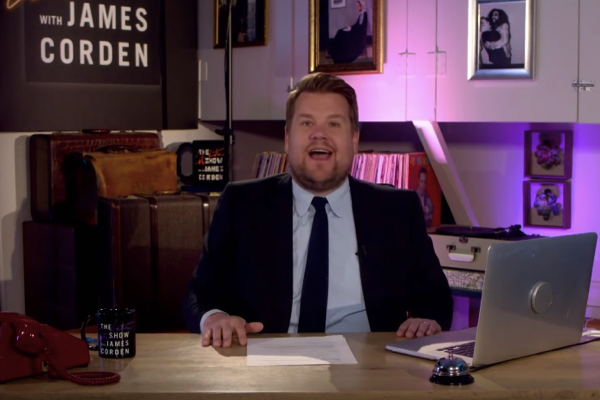 Photo from Youtube The Late Late Show With James Corden

The broadcast showed James Corden in a cozy setup in his garage. With the use of one camera and a laptop, the comedic talk show host spearheaded his program beautifully. He kicked it off with a warm and inspirational message regarding the current situation which we all share.

He proceeded to launch into his usual sunny demeanor, even joking about his unawareness of the day and time. Most importantly, he encouraged audiences to donate to Feed the Children and the CDC Foundation, if they could afford to do so.

Regardless of being aired from his home rather than from his usual studio, 3.3 million people tuned to watch the endearing host and his lineup of stellar celebrity guests. BTS performed from South Korea, Dua Lipa tuned in from the UK, and Andrea Bocelli called in from Italy. The show progressed with performances from John Legend, Billie Eilish, FINNEAS, and Ben Platt plus the cast of Dear Evan Hansen. 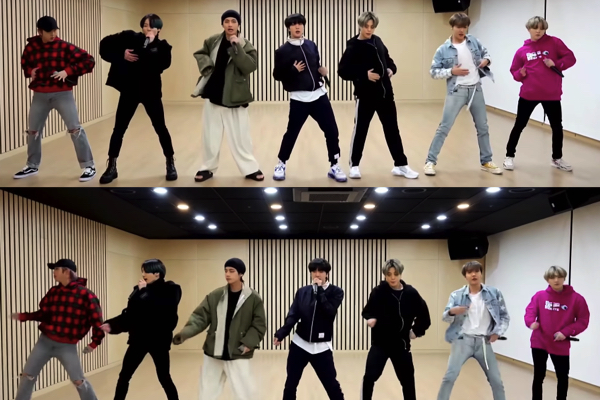 Photo from Youtube The Late Late Show With James Corden

A few days after the airing of Homefest, Ben Winston, the executive producer of The Late Late Show, took to Twitter to share that he received an email from Feed The Children. The non-profit organization informed the EP of the show about the overwhelming support they have received from the BTS Army.

BTS fans are so generous. We got an email today from @feedthechildren saying how generous they had been after #HomeFest thank you to the BTS army. #BTSHomeFest https://t.co/UrgtKJcqzV

Additionally, Feed The Children personally thanked the fans of BTS on Twitter for their generous donations towards battling the pandemic. Thanks to the fandom and other generous donors, people struggling during this outbreak will find some much needed relief.

Thank you to @OneInAnARMY and for your support during the #coronavirus epidemic. Because of you and donors like you, families struggling during this challenging time will find some much-needed relief. #BTSHomeFest @benwinston @JKCorden #HomeFest ❤️?? pic.twitter.com/jG6hYHbsHm

As it continues to spread, COVID-19 has prompted governments to implement lockdowns in several countries. The entertainment world has been equally impacted by the pandemic as these measures put a temporary halt to regular talk shows as well.

However, many talk show hosts like James Corden stepped up and found alternative ways to continue bringing entertainment to their viewers, truly embodying the meaning of the saying “The show must go on.”