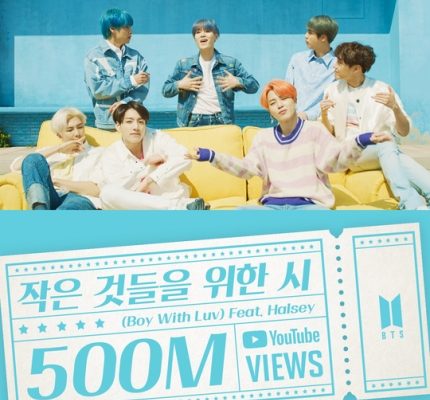 BTS is really killing the YouTube platform with their amazing global power and impressive feats.

Worldwide K-Pop boy group BTS has done it again! The septet has achieved yet another impressive milestone on YouTube as the music video of their record-breaking hit “Boy With Luv” reached the 500-million mark as of today. 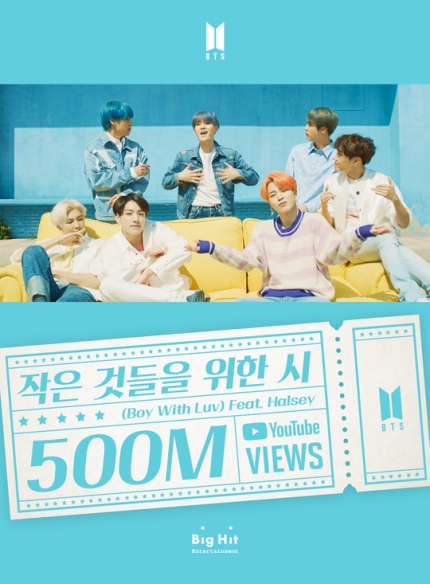 RM, Jin, Suga, J-Hope, Jimin, V, and Jungkook officially released it as the title song of their Map of the Soul: Persona on April 12. Notably, the boy group was able to score the amazing feat in just less than four months after its successful release. 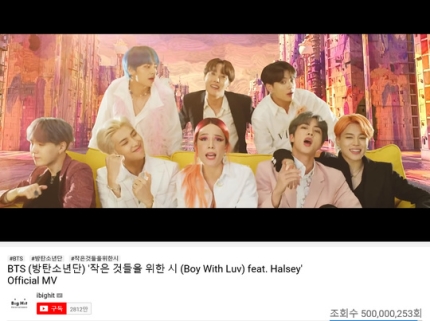 Currently, the handsome and talented male group continues to hold the honor of having the most number of music videos in the K-Pop scene with more than 500 million views.

Meanwhile, BTS will be treating fans with their captivating performances at the Lotte Family Concert today, August 11, at the Olympic Gymnasiums Arena.

Celebrate the group’s impressive milestone by watching their “Boy With Luv” music video below:

Hellokpop, as an independent Korean entertainment news website (without influence from any agency or corporation), we need your support! If you have enjoyed our work, consider to support us with a one-time or recurring donation from as low as US$5 to keep our site going! Donate securely below via Stripe, Paypal, Apple Pay or Google Wallet.
FacebookTwitter
SubscribeGoogleWhatsappPinterestDiggRedditStumbleuponVkWeiboPocketTumblrMailMeneameOdnoklassniki
Related ItemsBoy With LuvBTS
← Previous Story MONSTA X’s Kihyun To Perform Seated During WE ARE HERE Concert In Los Angeles Due To Fractured Rib
Next Story → BTS, EXO, & NCT Lead August Brand Reputation Rankings Among K-Pop Boy Groups