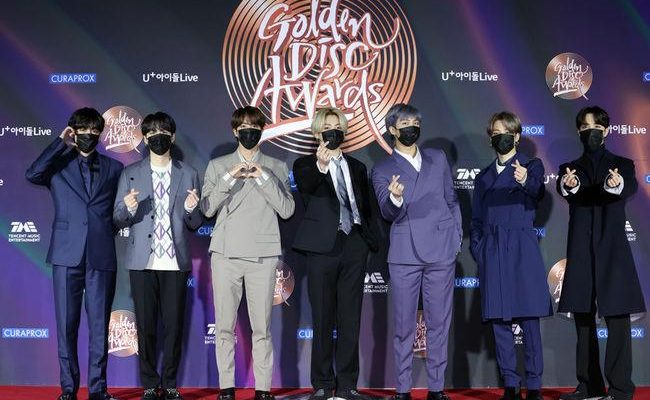 BTS have been dominating the world, and they can’t be stopped in aiming for more!

During the 35th Golden Disc Awards held on the 10th of January, various K-Pop groups have gathered to witness again the fruits of their hard work. BTS once again won the “Album of the Year”. This marks the group’s fourth year in a row winning the Disc Daesang. 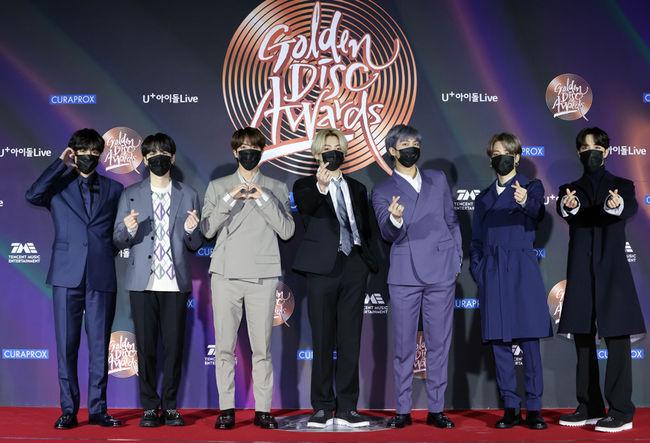 They also won Digital Daesang last year 2020, giving them the honor of having five Daesangs from the yearly Golden Disc Awards. BTS made again a new record in the history of Daesang to which they are the first artist to receive 5 Daesang awards in four consecutive years.

As they went on stage to accept the awards, they warmly greeted fans from all over the world who were watching them. They shared short yet inspiring messages to thank all the Armys and the people who have been there for them throughout this difficult time.

It was also the first time to see the seven of them on stage receiving the awards, after Suga had recovered from his arm surgery.

Leader RM begins his speech by saying to his group mates to have a proper greeting since it’s been a while for them to be complete again in such a big awards ceremony.

He then called the attention of their beloved fans, “ARMY, you are watching, right? We have started again the year with this kind of big award ceremony, and I want to express that I am the happiest that we’ve got to receive this award with Suga by our side.”

Other members also expressed themselves. According to Suga, even though the music industry seems to feel static due to the pandemic, he still felt honored and blessed that people were able to show love and support for their album.

Suga and J-Hope also wish to perform again in front of their fans during concerts, because it is what they miss the most. V and Jimin also thanked their fans for their never-ending support.

Jimin also mentioned the producers and Bang PD to give them appreciation for letting the members produce their own songs.

Meanwhile, Jungkook who appears with a new blonde hair color also gave his message, “To ARMY all over the world, I hope that you can have a bright year like my hair color.”

As humorous as he is, Jin also shows his bright and funny side in front of their fans. He never fails to give joy to other people, it may be their fans or his beloved members.