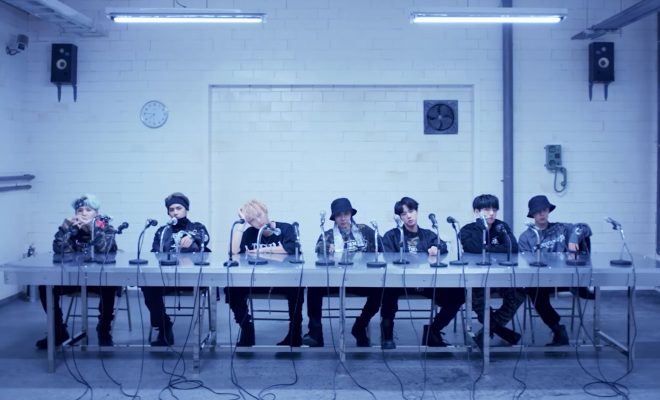 Released on November 24, “Mic DROP,” featuring DJ Steve Aoki and hip-hop artist Desiigner, was No. 79 on the Billboard’s main chart for the week of January 27, according to Billboard.

This successfully makes the single to stay on the Hot 100 for eight weeks now, with no end in sight just yet. The seven-member boy group reached new heights when they were nominated and subsequently won the Top Social Media Artist Award at the Billboard Music Awards in May 2017.

Soon after, BTS performed “DNA” at the American Music Awards in November, and was featured on multiple US shows, including The Ellen, The Late Late Show with James Corden, and Jimmy Kimmel. 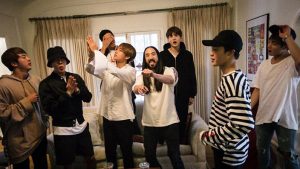 “Mic DROP” was originally released on BTS’ fifth mini-album on September 18, after “Skit: Billboard Music Awards Speech.” The song is a hardcore message to all critics, who ever doubted the group’s potential and influence. 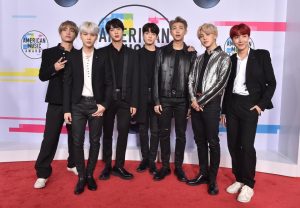 The group debuted in 2013 under Big Hit Entertainment. A once unknown record label, Big Hit had little money for clothing, music videos, and promotional materials. Despite the hardships, BTS slowly made its way to the top with album releases like Dark & Wild, The Most Beautiful Part of My Life: Young Forever, and the highly loved, Wings. Over time, the group raised a global following, today favorably known as the ARMY. With the help of social media, particularly Twitter and Vlive, the group was able to gain new followers almost daily. As of now, the boys have over twelve million Twitter followers.

In addition, BTS’ latest album Love Yourself: Her continues to be on the Billboard 200 for the fifteenth week in a row at 82nd place.