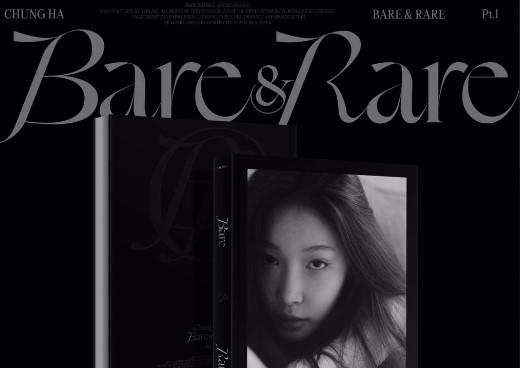 CHUNGHA To Manifest Her Honest and Brave Music In Album “Bare&Rare Pt.1”

Summer queen CHUNGHA gears up for her July comeback slated on July 11.

Announced on June 26, the sultry singer has started releasing various content ahead of the big music reveal for Bare&Rare Pt.1 which also named “Sparkling” as the title track.

On June 28, a mood sampler and album preview were unveiled.

Bare&Rare Pt.1 is an album that contains Chungha’s candid inner story. In the mood sampler, she showed a unique aura of unconventional and colorful presence. It is drawing high attention by showing her original appearance with a concept photo that day.

The released photo contains the silhouette of CHUNGHA, which adds a unique sexy vibe with a bold pose and provocative eyes. Various elements, from vintage colors to fabric sofas and natural styling, completed a drowsy mood and amplified the curiosity about the concept of her latest album. 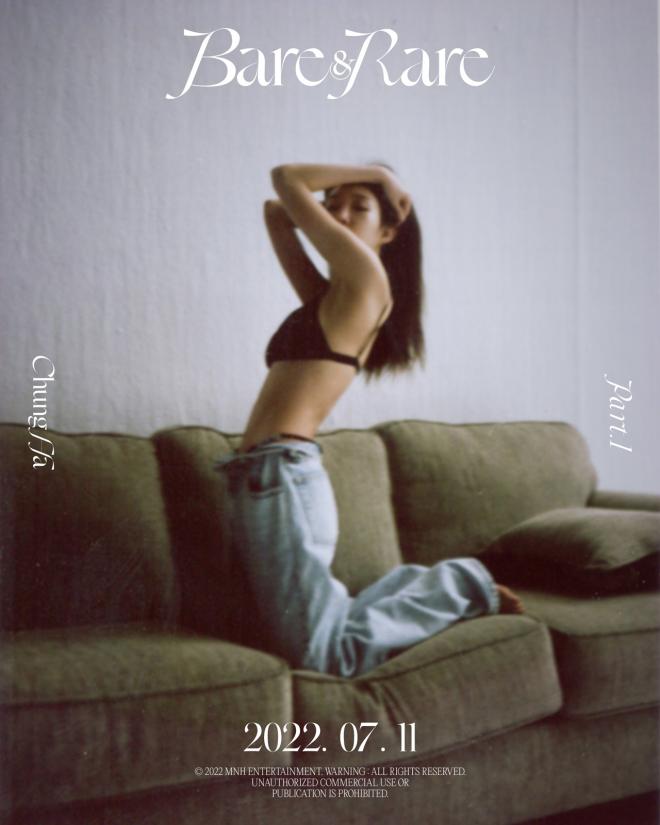 With a performance that goes beyond the limits of each album, CHUNGHA has firmly maintained the presence of an irreplaceable solo performer. Thus, paying attention to what kind of music she will deliver excites her fans and music enthusiasts alike. 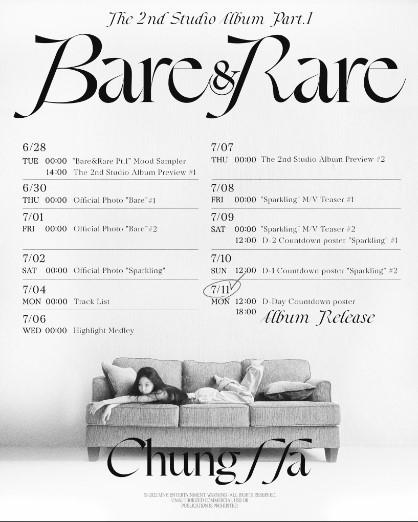