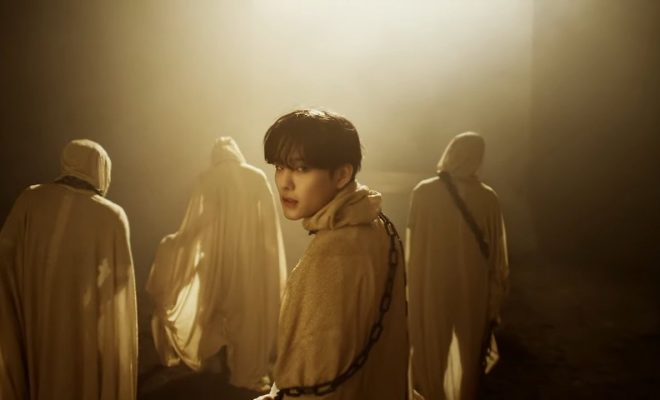 CIX chained fans to the edges of their seats as they unveiled the heart-racing concept video of Seunghun.

As they edge closer to their comeback, CIX unveils a creepier and creepier glimpse to their concept through another concept video. 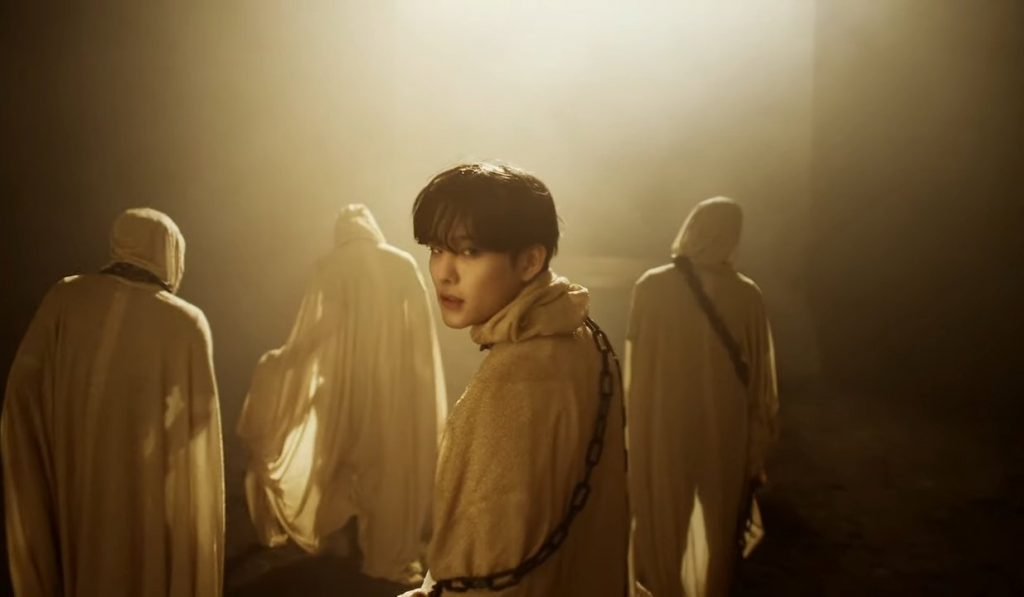 On June 17 at midnight KST, the group’s main vocalist made fans belt out a scream with his chilling concept video for Hello, Strange Time.

Piquing fans’ curiosity once more, a group of people veiled in robes were shown to be dragging their feet against the sand in the short clip. With chains snaking around their entire bodies, they walked in a slow pace towards one direction.

As the video came to an end, one of them took down their robe’s hood and was revealed to be Seunghun. The CIX member, who represented sand in his concept photo, then looked at the camera behind him with an intriguing gaze.

This further kept fans on the edges of their seats as they await the group’s comeback this June 30 at 6 PM, which will be marked by their third mini-album’s release. The music video for the lead track of Hello, Strange Time titled “Jungle” will also be unveiled at the same time.