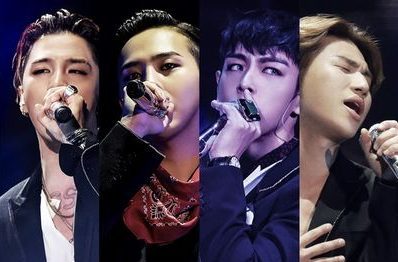 This group is making headlines after headlines.

According to the American bi-weekly business magazine, BIGBANG “clocked the biggest year ever for a K-pop act”.

It's an honor @forbes and thanks for everything all the VIPs in the World✨?✨

The group’s earnings are largely attributed to their arena shows across Asia and beyond. It reportedly made $2.6 million per city on its recent ‘MADE Tour‘.

Forbes further reported that BIGBANG earned more than Maroon 5 who recorded $33.5 million in earnings. The magazine also named the K-pop group as one of the highest paid boy bands in the century.

However, despite the group’s feat in Forbes, the magazine’s senior editor Zack O’Malley Greenburg said K-pop is still largely a regional market when it comes to cash as far as YG Entertainment is concerned.

Forty percent of YG’s revenues comes from South Korea. Japan and China also contribute a large portion of these revenues, amounting to 36% and 20%, respectively. The United States only contribute a single digit to YG’s sales.

116
SHARES
FacebookTwitter
SubscribeGoogleWhatsappPinterestDiggRedditStumbleuponVkWeiboPocketTumblrMailMeneameOdnoklassniki
Related ItemsBigbangDaesungForbesGdragonSeungriTaeyangTOPYG Entertainment
← Previous Story BTS’ V: “My grandmother Told Me To Always Treat Our Fans With Love”
Next Story → NCT 127 Wants To Be ‘A Junior That EXO Will Be Proud Of’ + Future Plans