(G)I-DLE summons intrigue for their approaching comeback by surprising fans with a “Visual Film” teaser!

(G)I-DLE officially launch their comeback promotions by unveiling a “Visual Film” teaser across their SNS platforms. The mysterious and alluring video creates an intriguing atmosphere. Featuring various elements such as rain, fire, flowers, and butterflies, the idols tease a possible turn to nature for their next concept. 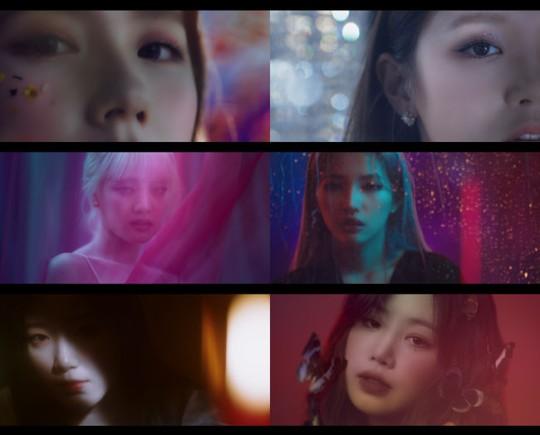 Since their debut in 2018, (G)I-DLE impressed many with their versatility. Continuously challenging themselves by delivering a range of various concepts and musical genres, (G)I-DLE never fails to bring something new to the table. Furthermore, with their unique releases, the group has established themselves as global artists, gaining a sizeable fanbase composed of many worldwide fans.

Their newest project follows “DUMDi DUMDi”, which greeted eagerly awaiting fans in August. The fun summer release became one of the most popular anthems of the summer, smashing domestic and foreign music charts. With this new visual teaser, the girls are attracting much attention regarding what surprises they have in store for their upcoming release.

Meanwhile, fans can expect even more comeback promotions from the group within the next following weeks. (G)I-DLE plans to comeback mid-January, beginning the new year eventfully.