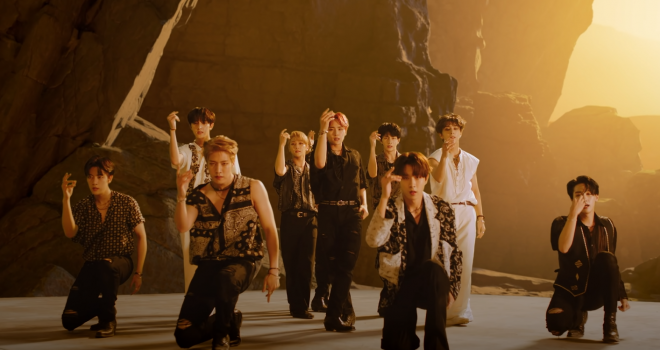 Golden Child dances to the rhythm of their new addictive track “Ra Pam Pam” in the first music video teaser.

Golden Child revealed the name of its upcoming title track through a performance music video teaser. “Ra Pam Pam” already garnered a lot of attention through its short introduction, getting us eager to hear more. 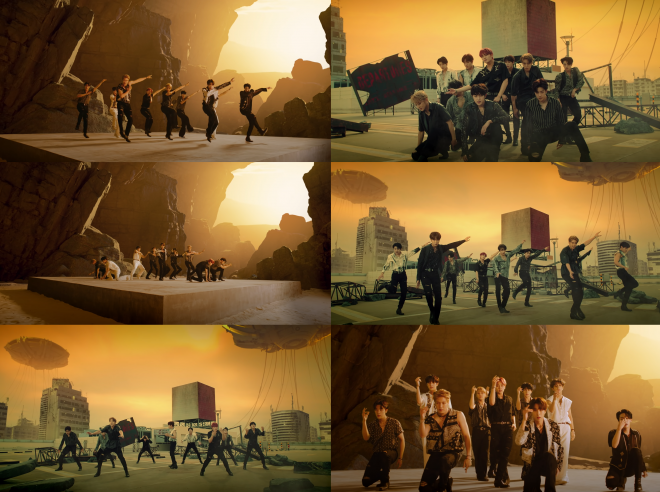 On July 28, Woollin Entertainment uploaded the first video teaser of the new main track. The clip focused on the choreography the boys have been working on for their comeback, immediately awing viewers with the short glimpse.

The song has a fun and energetic feel with a powerful and addictive sound. In the video, the boys dance on a rooftop and in a cave setting, raising curiosity about the actual music clip’s story.

Also, in some of the scenes, there seem to be two big flying objects that look like alien space ships, creating further speculations for the concept. The group seems to be hinting at an apocalyptic atmosphere once again. The cracks on the buildings and the broken signs add to the feeling of a disaster that occurred.

The group shared various individual images and films of the members, presenting different charms in each one. After, they revealed two concept photo versions, impressing with the idols’ strong visuals. There is still time until the album comes out, which means more teasers will follow in the next few days.

The artists will present new unique performances and sounds to daze the music world with. Just like the powerful name of their new work, they aim to leave a strong and good impact on music fans everywhere.

Golden Child will release its second album GAME CHANGER on August 2 at 6 PM KST. To celebrate the occasion, they will hold a comeback showcase on the same day, at 8 PM KST.