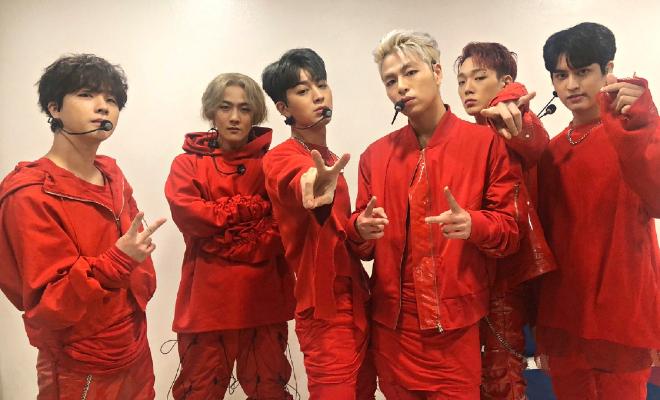 Get ready, showtime! iKON teases with a concept teaser that announces the group’s official return!

iKON unveiled its first concept teaser, signaling that the six-member group is about to serve another bop! Consisting of members Jay, Bobby, Song, Ju-ne, DK, and Chan, their new digital single is now confirmed to be released on March 3.

Appearing one after another in mysterious background music, the video captured each members’ individual charm and appeal. Additionally, the members actively caught the public’s attention with an all-black outfit styling, creating a unique and fresh atmosphere with their classic yet chic visuals. Obviously, this image sparked intense curiosity about the concept of their new song.

Particularly, iKON’s comeback date was specified at the end of the video. Raising iKONic’s expectations, a surge of excitement was exhibited and we all cannot wait much longer until March 3, 2021.

Establishing a new direction through its third mini-album i DECIDE, iKON had released a set of songs in February 2020 after being reorganized into a six-member group. During the time, the mini-album topped iTunes charts in 24 countries, proving the group’s unending fame and relevance in the music industry.

Debuting as a multi-talented boy group in 2015, iKON has produced a number of outstanding hit songs such as “My Type,” “Killing Me,” and “Love Scenario,” which was, obviously, extremely loved by the public.

The group’s musical growth was absolutely outstanding. Member DK had his first self-composed song included at the third mini-album, giving a glimpse of his distinct sensibility and excellence as an artist. Relatively, Bobby had also participated in writing three magnificent tracks as he proudly boasted his talent as a musician.

Meanwhile, huge attention is now focused on what changes and attempts will iKON offer the public as they carry on in challenging themselves with continuous growth.

Furthermore, iKON has also confirmed its appearance in Mnet’s survival show “Kingdom” which will premiere on April 1.