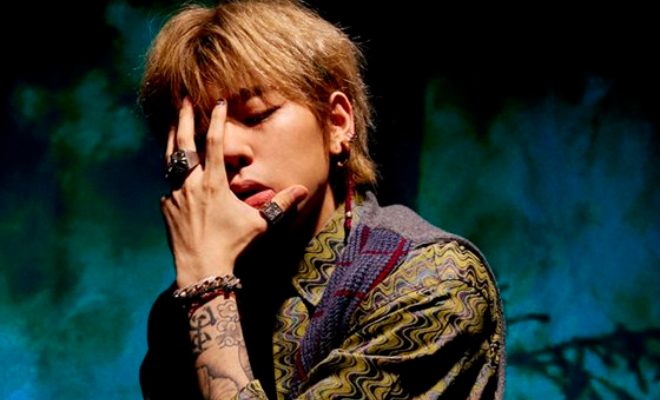 With rich lyrics and emotional feels, Zico’s new release Thinking Part 2 is a delightful treat for all listeners.

Almost the end of 2019, November has been a busy month for K-pop fans with a large number of comebacks. One comeback that people have been earnestly looking forward to was that of Zico’s. With the release of the first part of his full-length album, Thinking Part 1, Zico had already set expectations for its second part.

A top name in the K-pop world as well as on the Korean hip-hop scene, Zico has always impressed with his song-writing and producing abilities. On November 8, he released Thinking Part 2, which is the second half of his first full length album Thinking. 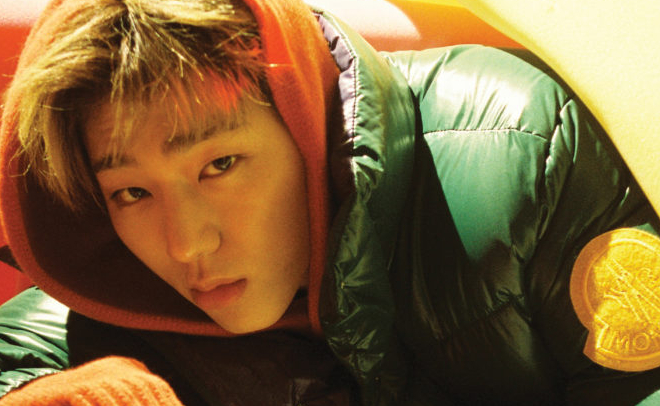 On October 30, Zico’s agency, KOZ Entertainment announced that the rapper will be releasing the second part of his first full length album, titled Thinking Part 2, on November 8.  The first part of the album, Thinking Part 1, was released on September 30.

On October 31, the music video and lyrics of “Balloon”, which is one of the songs of the album, was released. Based on Zico’s self-reflection, the “Balloon” music video narrates his entire journey from when he started out to where he is now.

In the animated story, there is a boy who is continuously climbing up the stairs. But as he keeps going up, there are people in masks trying to hinder him from progressing. This can be interpreted as how Zico has been moving forward but the path was and is not easy for him.

Some people can also be seen falling from the sky in the video, which could probably be a reference to the inevitable downfall that some of his peers might have faced. Finally when he reaches the top, he cannot use his own hands to eat food, thus hinting to the fact when you are at the spotlight, your actions are being controlled or manipulated even more. 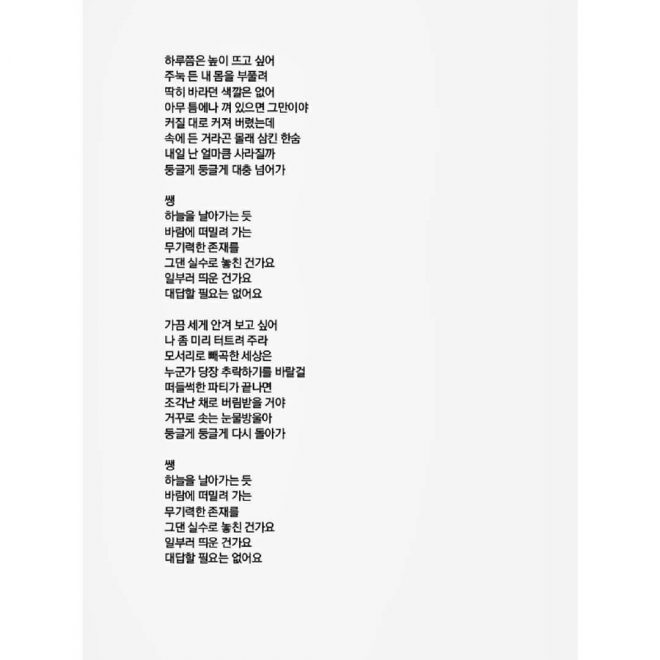 Series of photos were dropped from November 1 to November 5. The pictures depict an environment of serene silence where Zico is having a moment of his self-reflection. 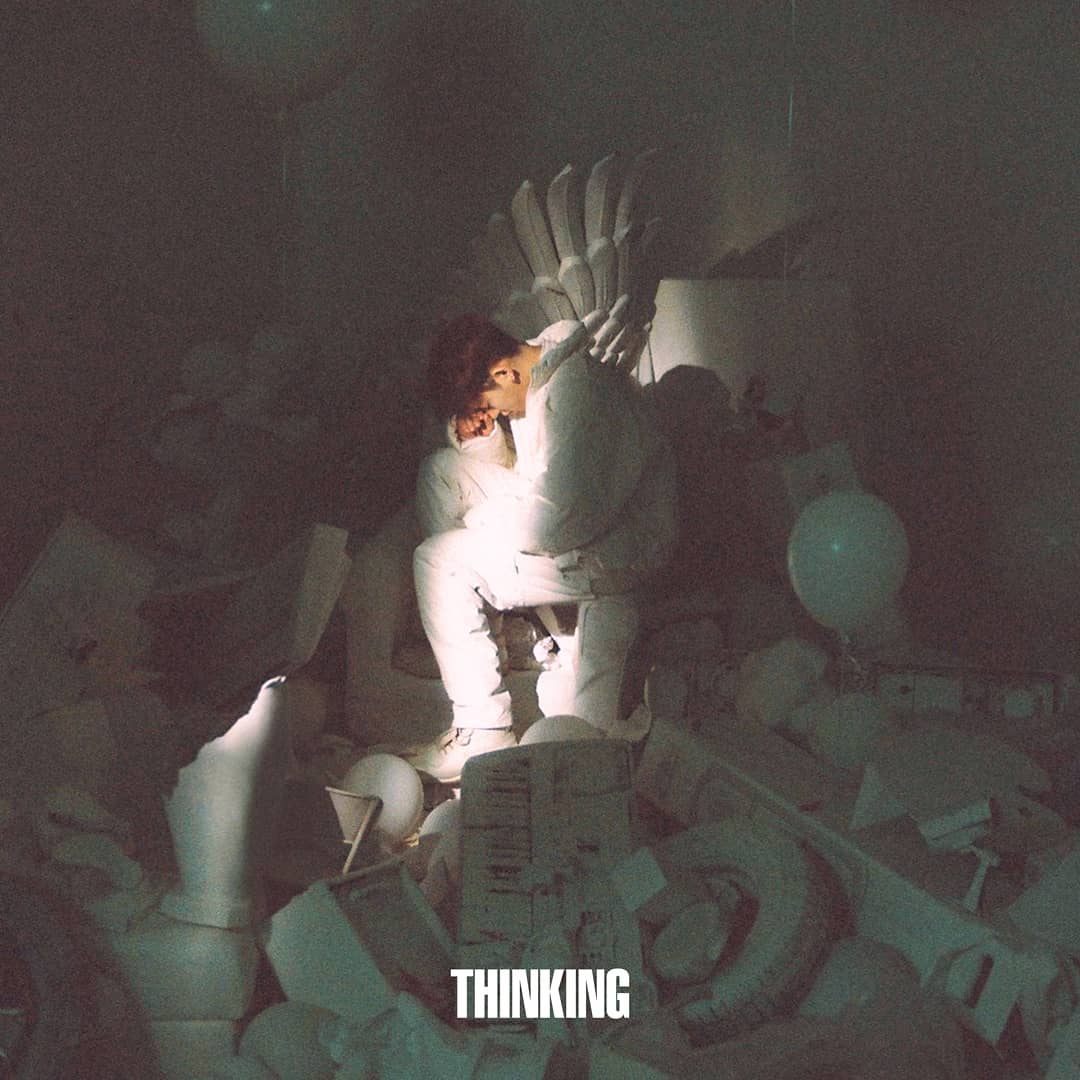 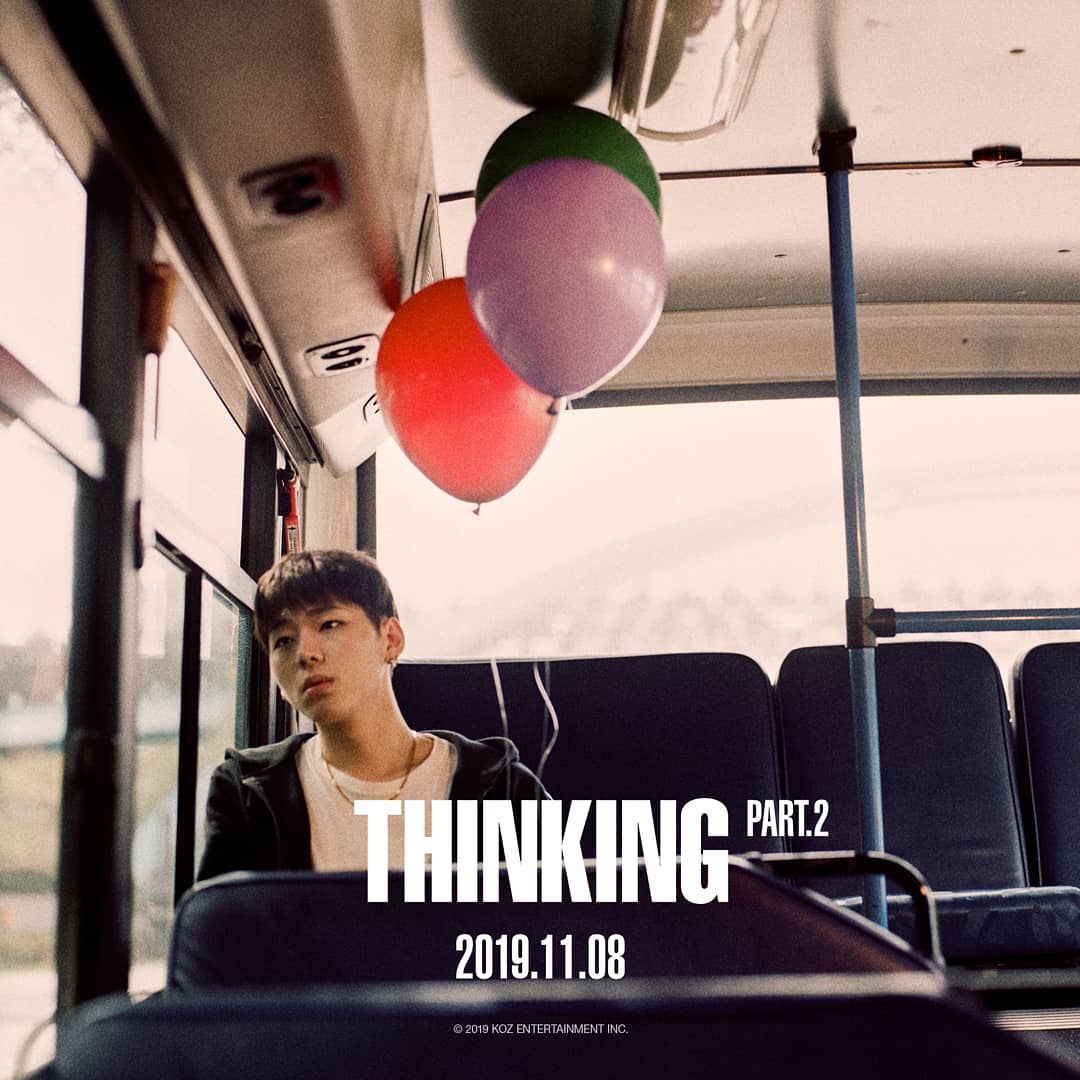 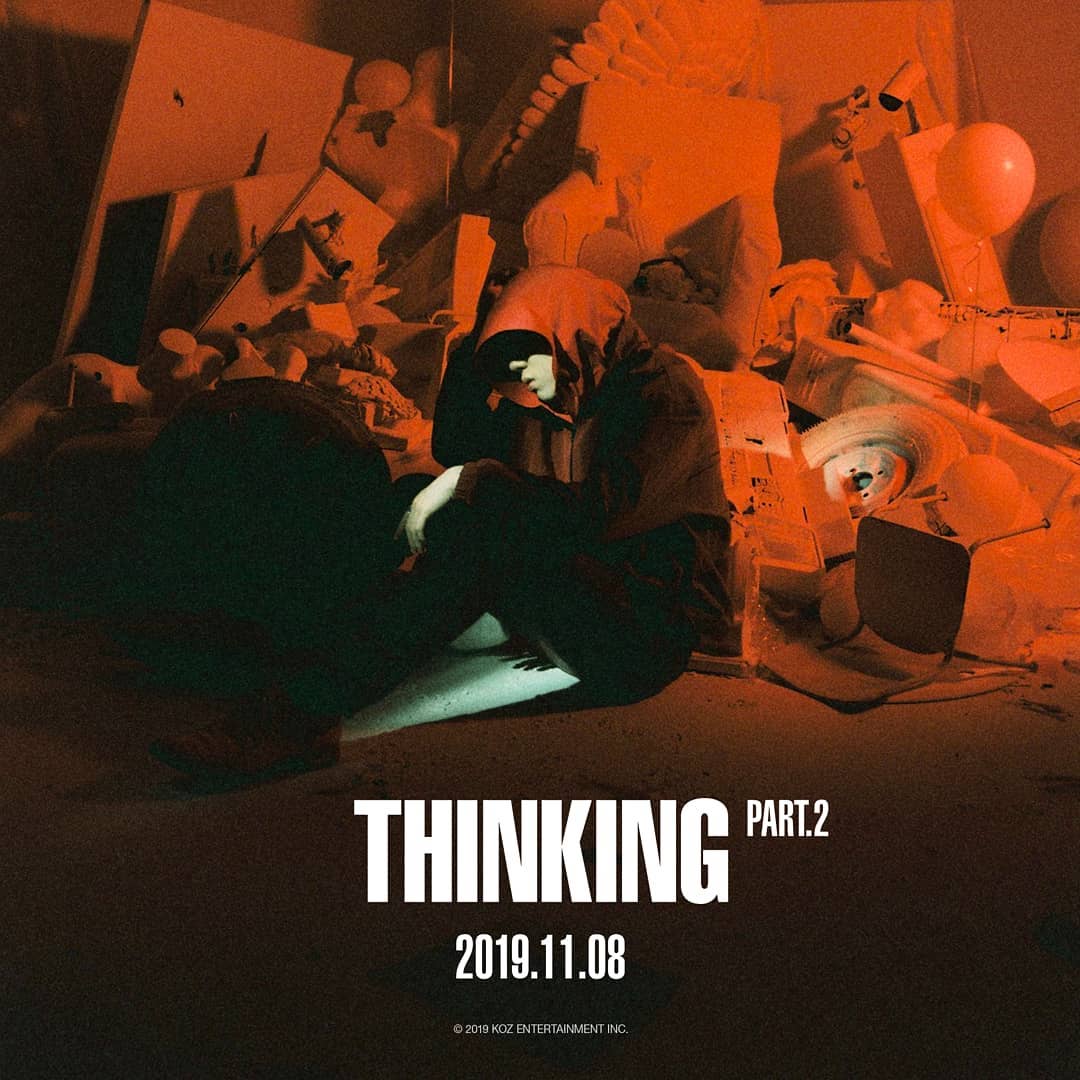 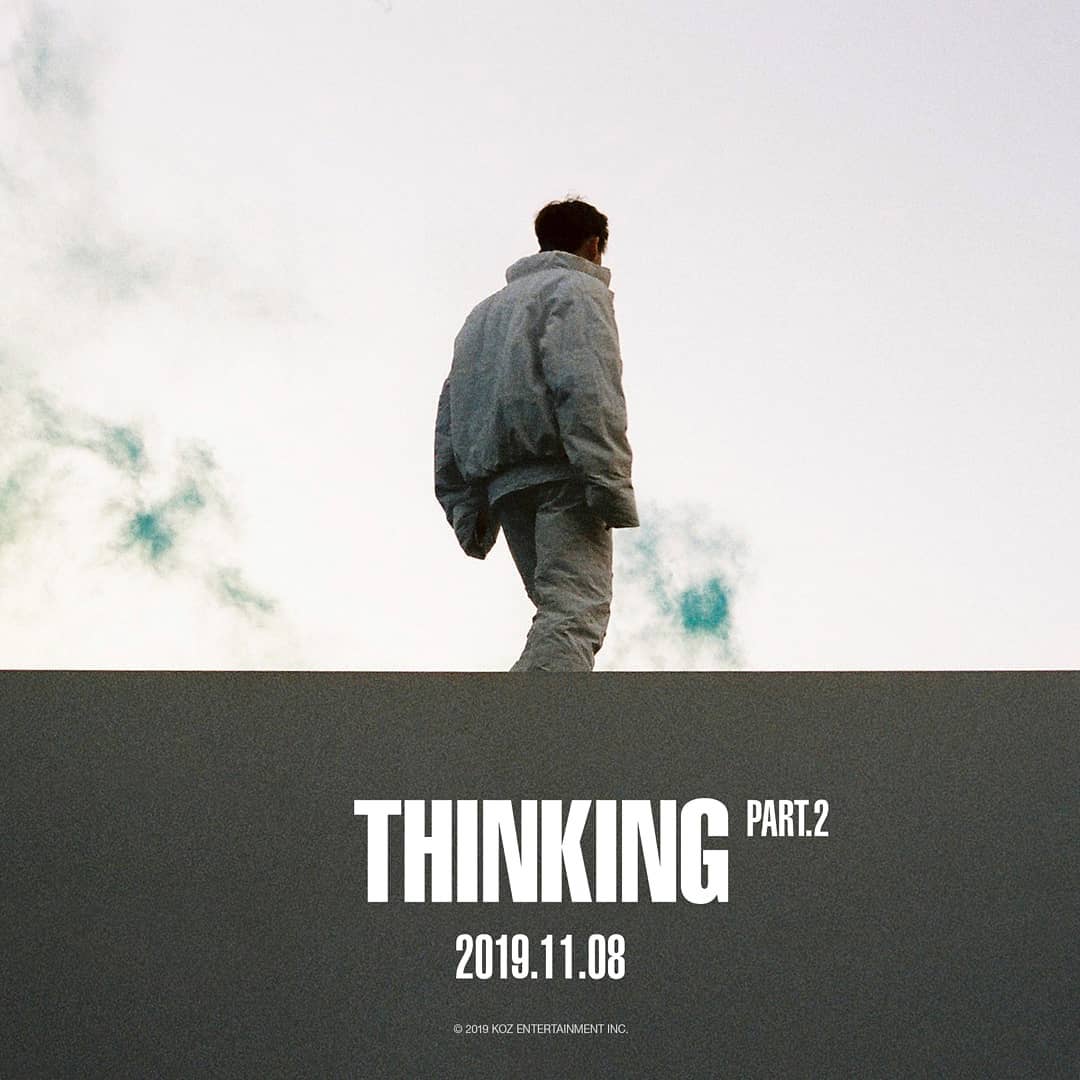 On November 3, Zico posted the full album track list, which revealed the remaining five tracks for part two of the album – “another level” featuring Penomeco, “Being Left” featuring Dvwn, “Dystopia”, “Balloon”, and “The language of flowers” featuring JeHwi. 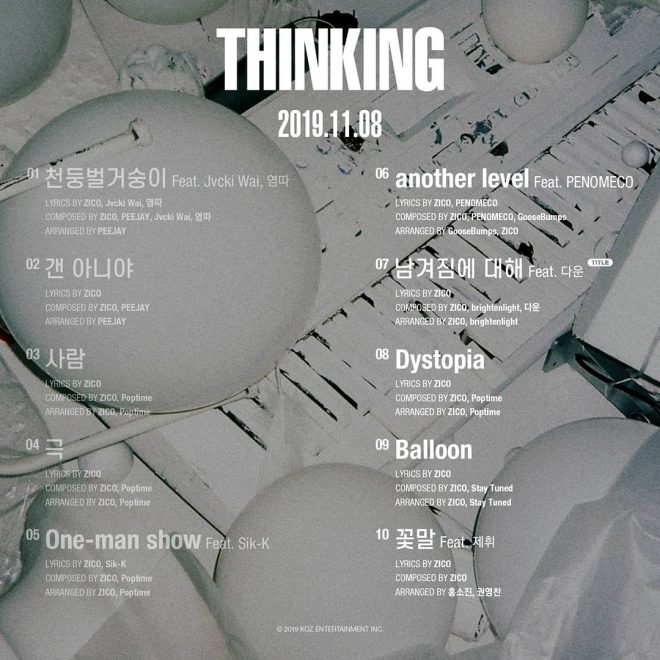 The MV teaser and album sampler were released on November 6, giving a glimpse of the emotions captured in both the video and the songs.

Zico has yet again delivered great songs through this album. Each of the songs is lyrically powerful with deep meaning. Continuing with similar theme from the first part of the album, the second part too explores through various emotions that the rapper has felt while balancing between his celebrity life and personal life.

“another level” featuring Penomeco is a song on (indeed) another level, with very catchy beats and is the most memorable song from the album. The lead single “Being Left” is a soothing song which relays the emotions felt with the changes that occur after parting from someone. Having the similar vibes, “The language of flowers” featuring JeHwi is a calm song with beautiful vocals and instrumentals.

A song with groovy vibes, “Dystopia” is based on negative thoughts about oneself and lack of self-esteem. Showcasing the harsh reality of life, “Balloon” is a reflection of Zico’s journey from a regular person living a normal life to becoming the CEO of his own entertainment agency.

Titled “Being Left” featuring Dvwm, the MV tells the story from the perspective of a woman portrayed by actress Bae Jong Ok. The woman is living all alone by herself and is struggling with her loneliness. She is not always living like that and that there were people in her life. But they are not present there now and she is trying to cope with her current status.

One can come up with multiple narratives for the MV’s story. It could be that someone close to the lady died, or she had a breakup, or her children who used to live with her moved on with their lives. The theme of the song is relatable for all the mentioned situations. It is about facing the changes that occur when someone who has been constantly in your sight is not there anymore.

Actress Bae Jong Ok has beautifully evoked the emotions of reminiscing the past while still being aware that the moment is not going to return. The song itself is very beautiful, with its melodies capturing all the right emotions alongside its rich lyrics.

FacebookTwitter
SubscribeGoogleWhatsappPinterestDiggRedditStumbleuponVkWeiboPocketTumblrMailMeneameOdnoklassniki
Related ItemsBeing LeftThinking Part 2ZicoZico Comeback지코
← Previous Story MONSTA X’s Wonho Voted As The Idol Fans Want To Go To A Halloween Party With The Most, According To Survey
Next Story → BIGBANG’s Taeyang And Daesung Hope To Repay Fans After Successful Mandatory Stints In The Military