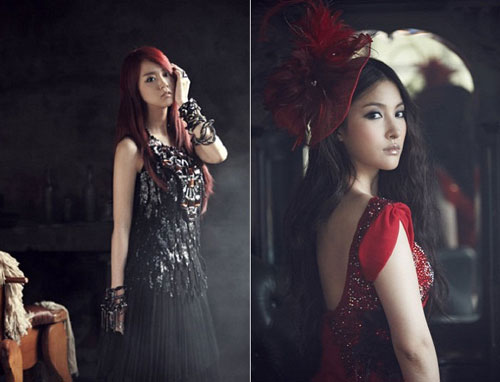 KARA‘s Han Seungyeon and Park Gyuri‘s solo stages have been confirmed. The five members of KARA released their solo songs on November 30. They say that the youngest member Kang Jiyoung will be making her appearance of her solo song of Wanna Do on SBS‘ Popular Music on December 16.

Han Seungyeon and Park Gyuri will be individually appearing on various music programs to present their solo songs. If we follow what has been officially announced, Han Seungyeon will be performing a day before Kang Jiyoung on December 15 at MBC Show Music Core! with her solo song Guilty.

Following the two members, Park Gyuri will be showing her tango style song Daydream (백일몽 – 白日夢) to Popular Music on December 23. Fans in Korea and overseas are very curious and are highly anticipating the stages the popular KARA members will prepare.