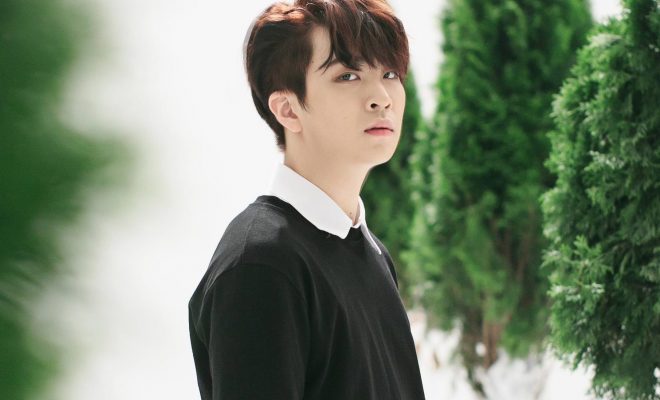 Youngsters are not the only one fangirling and fanboying over K-pop idols.

In the ninth installment of GOT7‘s Hard Carry  reality show, the septet took fans along the scenes of their free day in Toronto, Canada, after the successful leg of their tour in the Western country.

JB, BamBam, Mark, and Yugyeom took the challenge of skydiving, while Jinyoung and Jackson had their first date together.

Meanwhile, Youngjae opted to have his time alone. The GOT7 member walked around the streets of Canada and was cutely surprised upon knowing the price of bus tickets.

He also chanced upon some fans, including a mom. The mom fan called out Youngjae ,who cheerfully greeted her back.

“Youngjae, you’re so sweet,” she said. She also complimented GOT7 for a fantastic concert, and revealed that they came all the way from Windsor to see the septet.

The GOT7 member reciprocated the love by giving the fan a tight hug and saying “I love you”. The mom seemed to be overwhelmed by the coincidental meeting.

“You guys are so special,” she said while holding back her tears.

However, the mom fan seemed to have found her bias, not in Youngjae, but instead in the youngest member Yugyeom. “I love you, Yugyeom!” The mom fan declared at the camera. She quickly hugged Youngjae, and said he is special too.

The chance encounter ended warmly with a “GOT7 bravo” cheer.

GOT7 successfully wrapped up the Malaysia leg of ‘FLIGHT LOG: TURBULENCE’ Tour. The group is set to cause ‘turbulence’ in the Philippines on December 21 and 23.

‘Hard Carry’ airs every Monday at 7 p.m. on M2’s channel of Naver’s TVCast.

110
SHARES
FacebookTwitter
SubscribeGoogleWhatsappPinterestDiggRedditStumbleuponVkWeiboPocketTumblrMailMeneameOdnoklassniki
Related ItemsbambamGOT7GOT7 Flight Log Turbulence TourHard CarryJacksonJBJinyoungMarkYoungjaeYugyeom
← Previous Story BTS’s Rap Monster Rants About WINGS Tour Poster: “How Can They Put (Me) In The poster In That Size With That Pose?”
Next Story → SEVENTEEN Showers Woozi With Kisses After Grabbing #BoomBoom1stWin