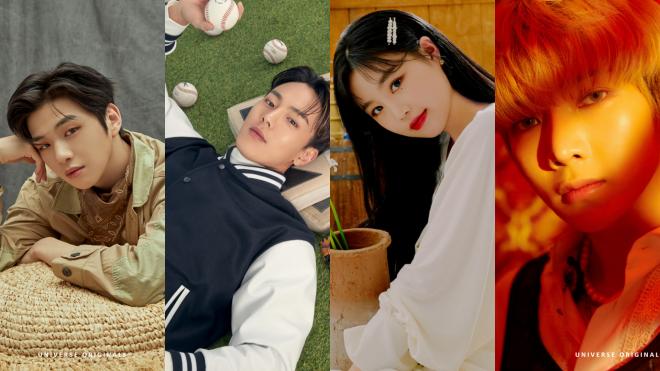 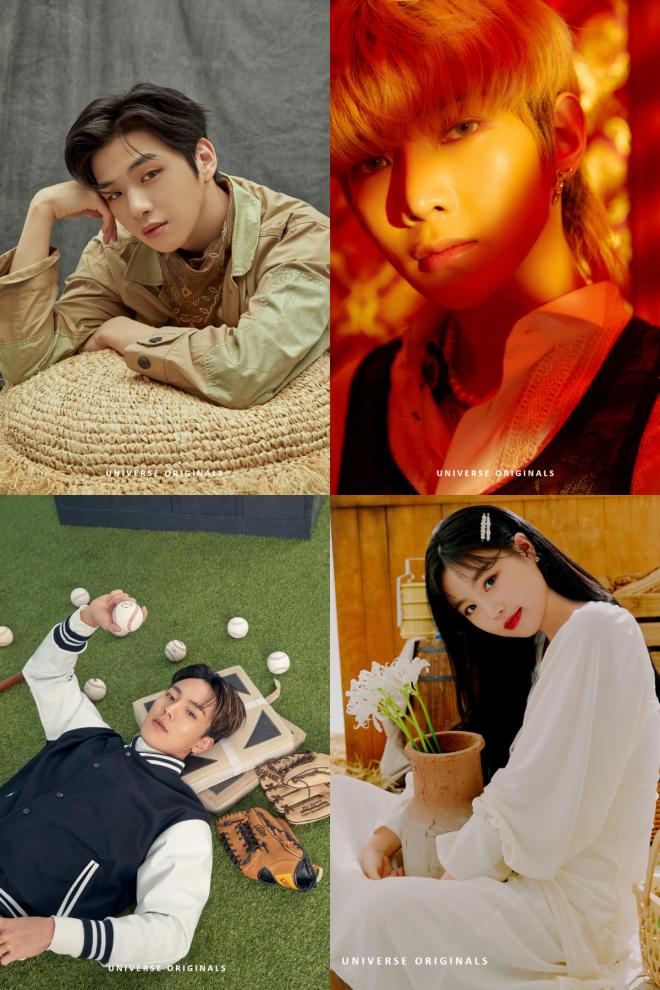 In the released photos, Kang Daniel transformed into an explorer and exuded his unique charms. Through variety of props — telescopes, backpacks, and lanterns —, the traveler concept absolutely drew the attention of fans.

For the second photo, MONSTA X’s Shownu has turned into a charismatic baseball player with the varsity jacket, baseball gloves and ball. He showed off his perfect physique and fresh appearance through a uniform fit that gave him a youthful aura.

Meanwhile, ATEEZ’s Yeosang flaunted an unexpected charm with the noir concept of his solo snapshot. His lethal visuals and intense gazes shone under the red light are definitely breathtaking.

Capping off the second lineup of pictorial for UNIVERSE is (G)I-DLE’s Soojin, who exhibited her glowing and lovely aura. Staying true to her romantic concept, the gorgeous member of (G)I-DLE looks straight out of a classic movie.

Looking extra charming as ever, Park Jihoon transformed into a charming young art student. The multi-talented soloist portrays a playful and cheerful expression which brings out his warm and lighthearted vibes.

IZ*ONE’s Yena stimulates the curiosity of global fans by showing a mysterious and dreamy appearance with the concept of a new student at an enchanting school.

Blending his delicate aura with the lovely flowers and petals on the background, CIX’s Bae Jinyoung dazzles like a doll, emphasizing his impeccable visuals and endless sophistication.

AB6IX’s member Lee Daehwi, who showed off the concept of a music student, gave off a lovely expression and dandy charms while holding a violin. The bow tie and checkered bottoms are equally smart and cute .

UINIVERSE’s “original pictorial” is one of its newest content which presents exclusive photos of the eleven teams who have joined the platform. Pictures of each members per group will be released daily, and will be available on the UNIVERSE application.