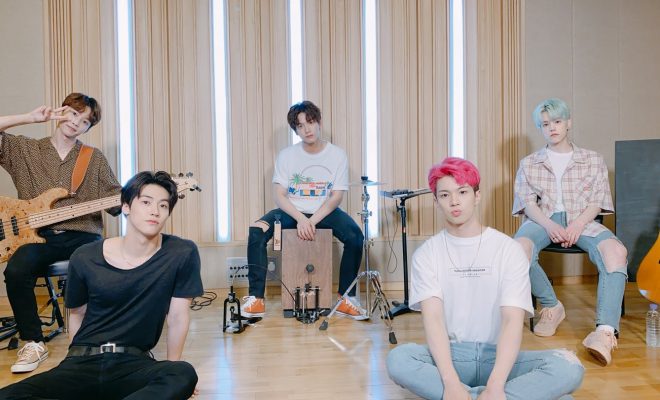 N.Fia get ready to swoon to N.Flying’s tunes in their latest music video of their track “FLOWER FANTASY”!

N.Flying has dropped a beautiful music video of their track, “FLOWER FANTASY,” from their new comeback album, So, 通. At the first glance, the music video looks every bit as serene as the track itself.

“Scatter away petals/So I cannot think of you/Bloom by the cliff/Dance for me when I face you..”, as Hweseung’s captivating vocals start off the video on a mesmerizing and melodic note. The melancholic piano melody is backed by a powerful lift, set with the overall high octane tones by the members.

N.Flying looks flawless with their monochromatic styles that contrast the overall bright but desolate setting of the video.

Dongsung, Jaehyun and Hun rock it out in a deserted location before the scene shifts to Seunghyub playing the piano as his soul stirring low tones take over.

The overall aesthetic of the video is both, heart warming and heart rending all at once. 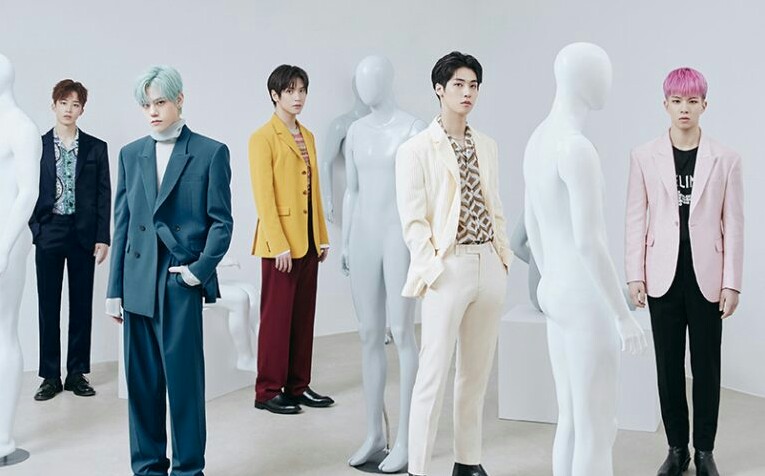 As the group belts out their euphonious notes with poignancy, the scenes shift between them and a lonesome girl. The moving lyrics complement the stills shown of the girl as she is seemingly grim as she cries and exudes a sad demeanor. Towards the end, the girl walks on a roof of a building with an implied intention to jump off it.

However, as the song ends, there are petals showering on her like a ray of hope as she turns back and away from her drastic decision. With this, the group not only captivate but also comfort with the music and its video.

“FLOWER FANTASY” brings forward the group’s intention of creating a track for people who are going through a hard time.

In the music video, the boys also beautifully portrayed the issue of youth suicide and expressed how there is hope for everyone and that life is beautiful despite all the bad times which may come in everyone’s life.

Besides this, the group has previously released a track titled, “It’s Fine”. It was created as part of their Youth Suicide Prevention campaign. Post the release of the track, N.Flying received several thankful messages. As a mark of gratitude, the multi-talented musicians created “FLOWER FANTASY.”