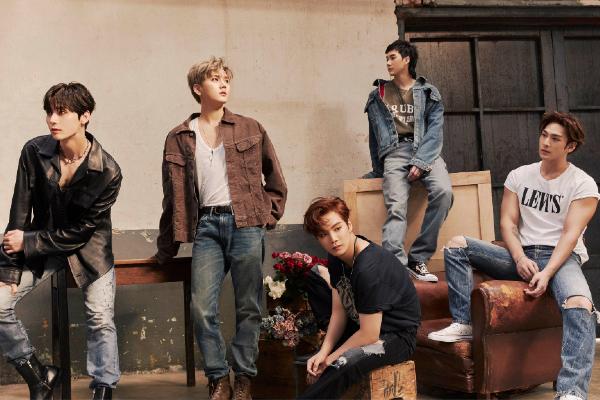 Everyone’s in awe when NU’EST revealed the pre-listening #2 for the 2nd full album Romanticize.

On the midnight of April 14, PLEDIS Entertainment posted the pre-listening #2 on the group’s official social media accounts, raising expectations for a comeback with some of the members’ solo songs released for the first time.

Particularly, the solo songs of this album are said to be more meaningful not only because they reinterpreted the keyword “romantic” that each person wants to pursue, but also because all the members participated in the lyric writing. Relatively, the handwritings of the members were added on each of their tracks, enhancing the immersion of the songs. 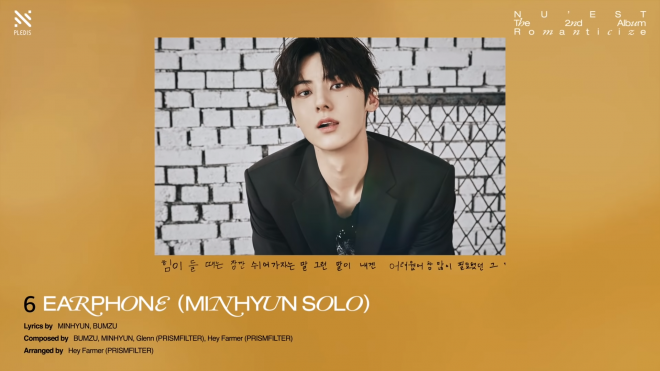 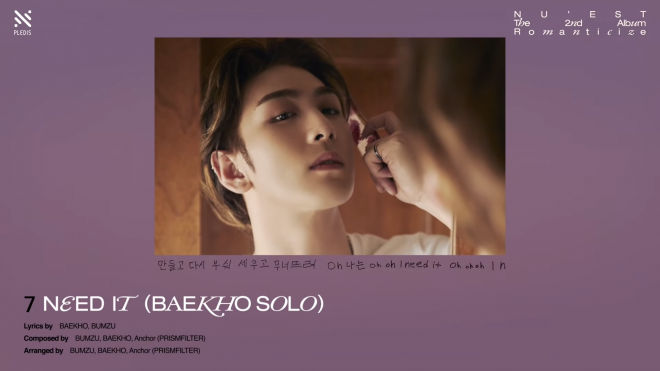 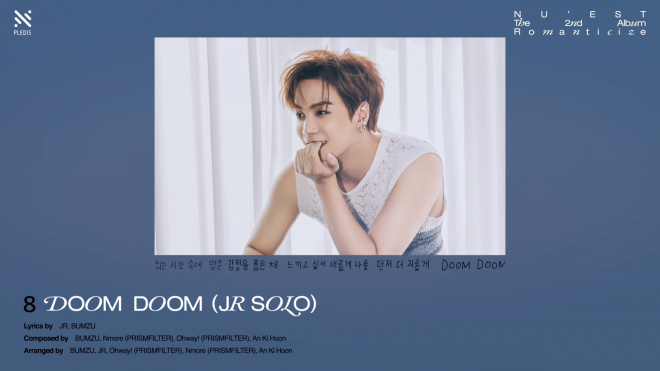 “EARPHONE” drew midnight thoughts with Minhyun’s melodramatic voice. Then, followed by Baekho’s “NEED IT” and JR’s “DOOM DOOM” that described the process of approaching the goal in the Urban Soul genre. 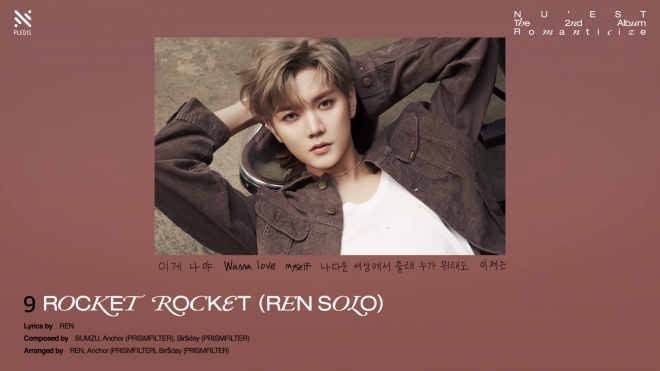 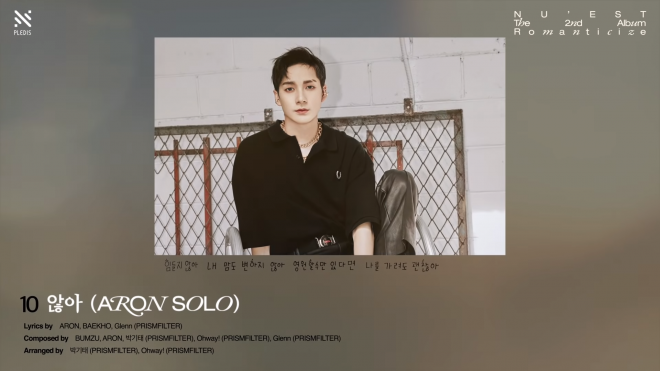 Additionally, “ROCKET ROCKET” delivered Ren’s dynamic romance side, showing off his explosive energy. Then, “않아” was based on modern rock, actively feeling Aron’s delicate emotional line, fit for their concept of romance.

With this, NU’EST has released a sneak peek of all ten songs from the album, signaling a return with richer music ranging from songs of various genres to each of their solo tracks.

As such, the 2nd full album Romanticize has the dictionary meaning of “making it more romantic than it really is”. In particular, global listeners are paying keen attention to the story that these reversal icons will deliver soon.

Meanwhile, NU’EST will continue unveiling content ahead of the comeback. With only a few more days left, concept homepage updates and music video teasers will be revealed soon. Furthermore, NU’EST will release its second full-length album Romanticize on various online music sites on April 19 at 6PM KST.