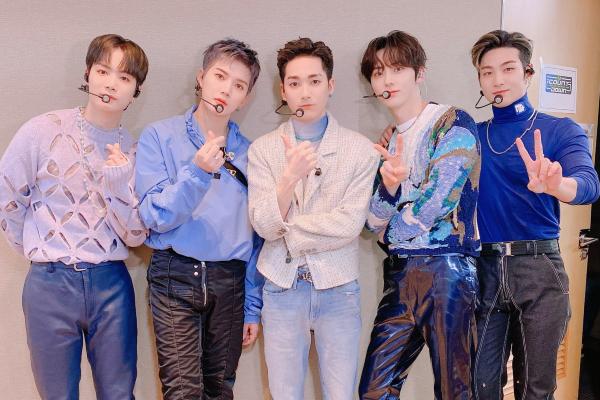 NU’EST Takes Home First Music Show Win For “INSIDE OUT”

Congratulations to NU’EST and ㄴㅇㅅㅌs!

NU’EST exceeds happiness as “INSIDE OUT” gets its first music show win at MCountdown’s April 29 episode.

Aired on April 29, NU’EST reveals its first MCountdown performance alongside groups ONF and AB6IX. Rising to an exciting showdown, the MCountdown episode concluded Kang Daniel and NU’EST as the first place candidates for the week.

Unveiling its flawless stage of the 2nd full album’s title song “INSIDE OUT,” the reversal icons actively drew attention with their trendy sound and sensuous performance. Proving the dignity of exemplary artists that present colorful and unique concepts with sophisticated performances and lyrical sensibilities, NU’EST showed off their prowess as a 9-year-old group. And indeed, NU’EST is the only one who can perform like this on stage. 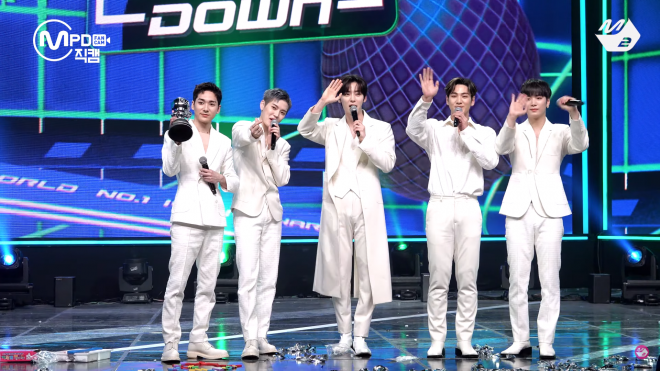 “INSIDE OUT” is a song that made NU’EST explore the complex emotions that arise when faced with an impending breakup with the one they love. Its minimal track sound based on the Chill House genre depicted complex movements and emotions that featured the members’ wonderful vocals. Brilliantly representing how a person pretends to be fine after a breakup yet realizing his true feelings, the lyrics grew more delicate and meaningful.

During the media showcase, NU’EST revealed that they will bring dominoes onstage when they get their first music show win. And today, at MCountdown, this pledge came true as the members brought in red dominoes onstage.

As the members arranged the dominoes, they came up with an idea to create a heart. Showing off their teamwork, each member positioned the dominoes to form a heart shape. Obviously finding it hard to accomplish, they still continued forming a heart to represent their fandom ㄴㅇㅅㅌ. 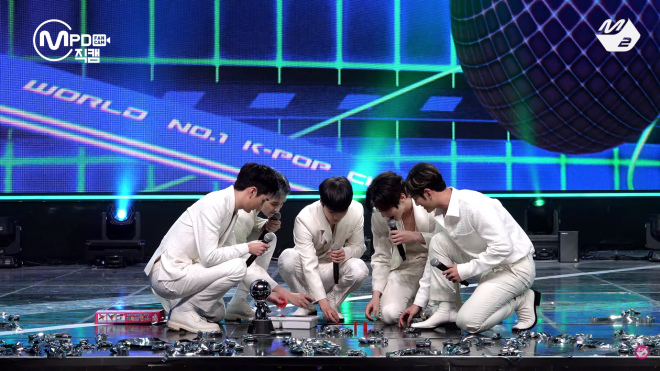 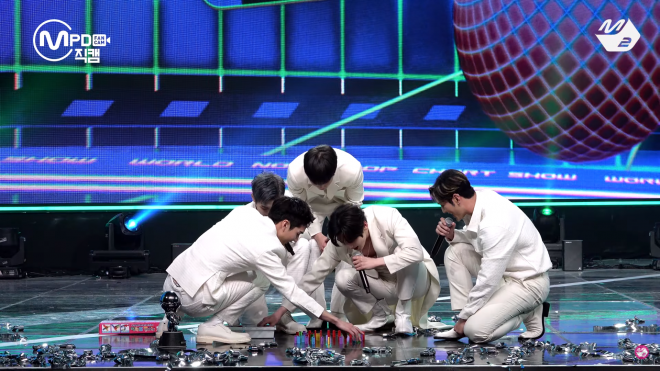 After several tries, NU’EST barely succeeded. Seeing the members seriously positioning the dominoes made fans’ hearts warm, not to mention the raw singing vocals in between. As the song nears the end, the members extended their gratitude to everyone who worked hard to give them this music show win.

Furthermore, NU’EST will continue promoting the 2nd full album Romanticize along with content made especially for ㄴㅇㅅㅌs.

Watch NU’EST’s encore stage for “INSIDE OUT” here.