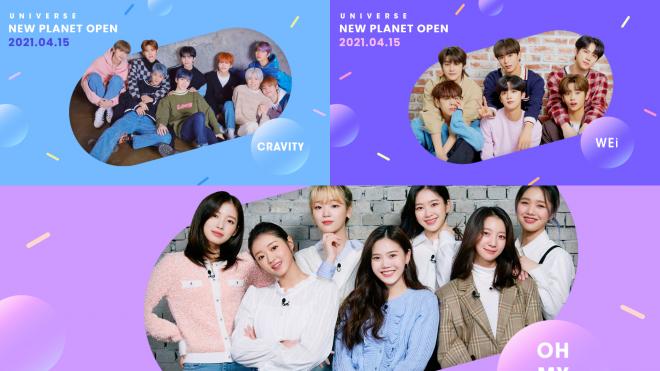 OH MY GIRL, WEI and CRAVITY will begin full-fledged communication with fans around the world through the K-POP entertainment platform UNIVERSE.

NCSOFT and its subsidiary KLAP officially opened the Planet of UNIVERSE’s new artists — OH MY GIRL, CRAVITY and WEi.

“Planet” is a space for each UNIVERSE artist, and K-pop fans so they can enjoy various contents that artists directly participate in, such as FNS (Fan Network Service), Private Message, and Universe Originals.

The three newly joined artists will also communicate with global fans and provide joy through various contents like the existing eleven artists. They will also participate in various online and offline events such as concerts, fan meetings, and fan signing events.