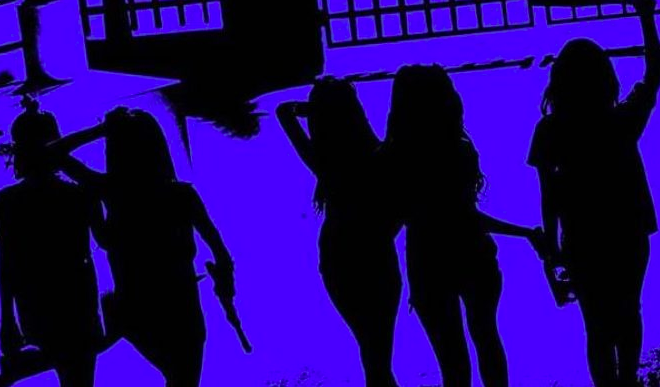 The girls of Red Velvet return with bad girl member teasers for their upcoming repackaged album The Perfect Red Velvet.

Last year was a momentous year for Red Velvet, with the release of the summer hit, “Red Flavor,” and the highly praised second album, Perfect Velvet.

Many fans praised songs like the Halloweenesque, “Peek-A-Boo,” the R&B smooth, “Kingdom Come,” and the kooky “Attaboy.”

In 2018, Red Velvet returns with a repackaged album, The Perfect Red Velvet, which seems to fit the same elements of its last release. Last week, the member teasers were released, featuring the girls in different clothing and themes.

For example, while Joy and Yeri featured good girl images with sweet pinks and neon colors, Wendy and Seulgi were wearing dark colors and stockings. It’s this juxtaposition, which keeps fans wondering and guessing as to what these three new songs will be about.

The repackaged album will be released on January 29, and feature three new songs, “Bad Boy,” “Time to Love,” and “All Right.”

This is a great beginning to the year, and for these girls, but is certainly just the start!

Hellokpop, as an independent Korean entertainment news website (without influence from any agency or corporation), we need your support! If you have enjoyed our work, consider to support us with a one-time or recurring donation from as low as US$5 to keep our site going! Donate securely below via Stripe, Paypal, Apple Pay or Google Wallet.
FacebookTwitter
SubscribeGoogleWhatsappPinterestDiggRedditStumbleuponVkWeiboPocketTumblrMailMeneameOdnoklassniki
Related ItemsBad Boycomebackgirl groupIreneJoyPerfect VelvetRed Velvetrepackaged albumSeulgiSM EntertainmentteaserThe Perfect Red VelvetWendyYeri
← Previous Story BoA Explains Why She Does Not Want To Train Juniors Or Be Called A “Veteran Singer”
Next Story → GOT7 Joins In The 2018 K-pop Comeback Party With Fan Meeting & New Album