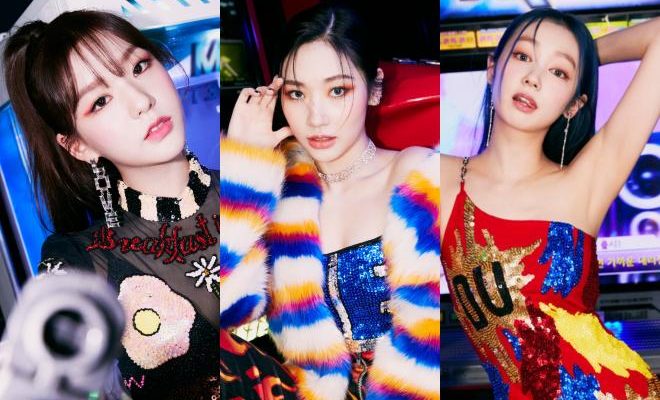 SECRET NUMBER’s Jinny, Lea and Soodam Are Dazzling Ladies In Latest Teasers For “Got That Boom”

SECRET NUMBER gears up for first booming comeback by releasing the first set of individual teasers for their new single!

SECRET NUMBER proves they are ready to illuminate the stage by unveiling the solo teaser images for their new single titled “Got That Boom.”

Released from October 25 to 27, the teasers drew attention as the girls unleash a new, fierce side that fans have never seen before.

For her solo snapshot, Jinny radiates a classy and mature vibe, while rocking a flashy yet satisfyingly elegant ensemble. 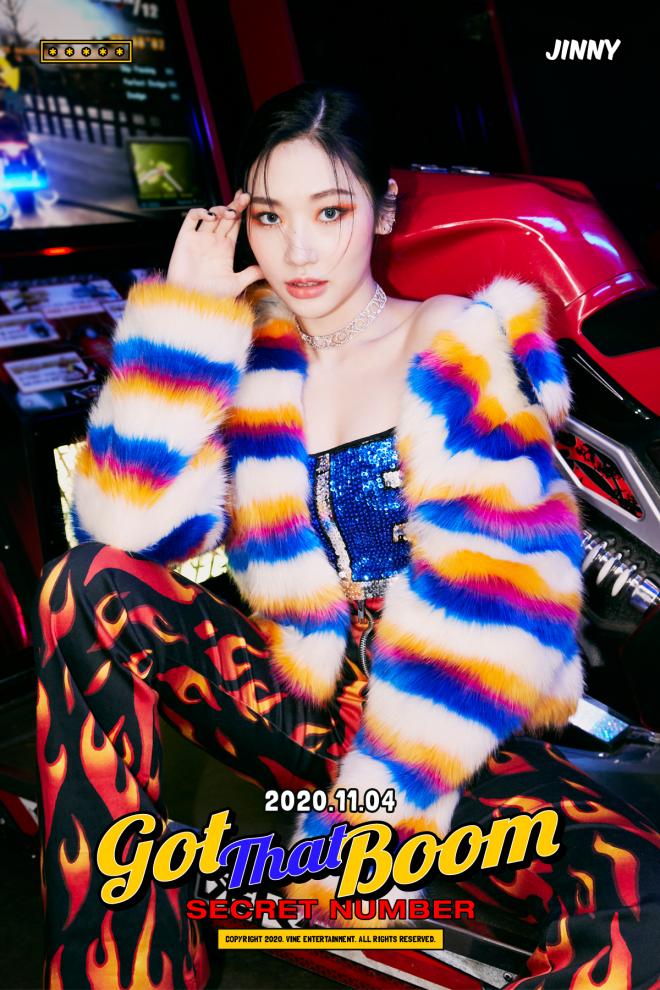 While flaunting her new hairdo, the group’s main rapper further impresses fans with his top-tier visuals and exceptional charisma.

Her appealing expression and attractive manner of projecting her features also stood out while she pose against an arcade-inspired backdrop.

Meanwhile, Léa proves she is the epitome of finesse and grandeur in her solo sneak peek. While flaunting her magnificent looks, the talented vocalist made many heads turn with her uncommon yet superb pose. 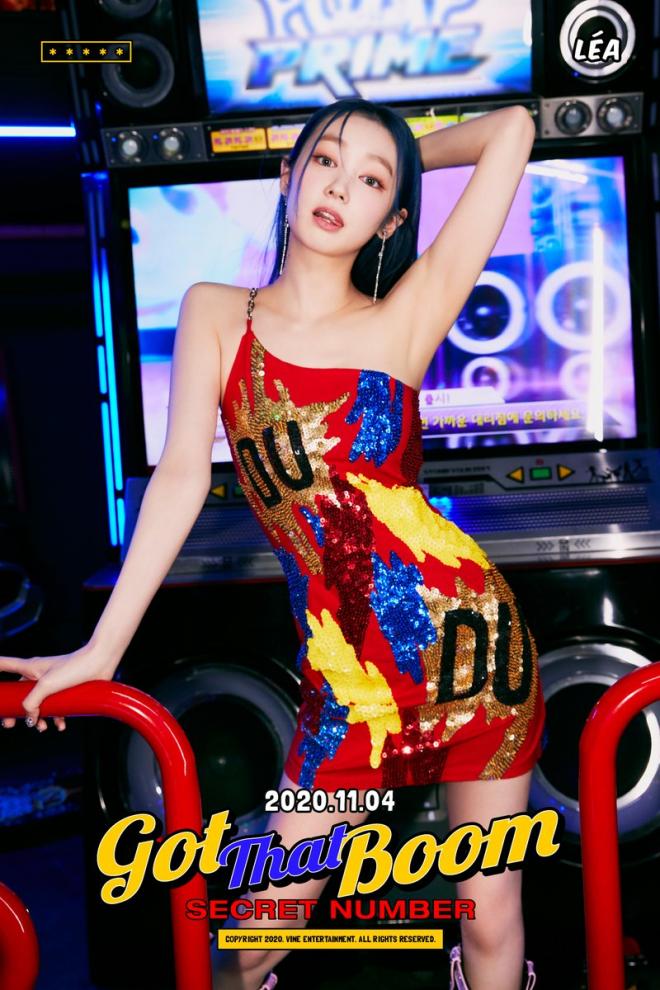 Letting her heavenly gaze do the talking, Léa exhibits a magnetic aura, while donning a stylish red dress that compliments her figure.

In addition, Soodam took spectators’ breaths away with a closer look on her lovely overall profile and soft, endearing stare. 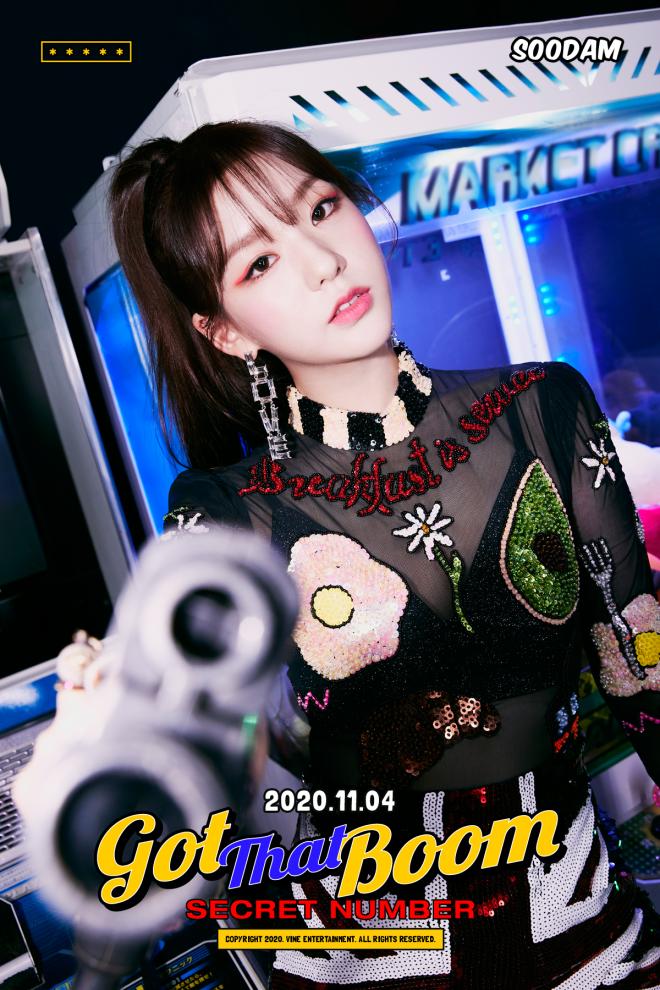 With her subtle make-up and cool hairstyle, the group’s resident visual unleashed her amazing projecting abilities with her fascinating gesture.

Creating a youthful and vivid atmosphere, Soodam shone effortlessly with his riveting image while presenting herself against  a nostalgic setting.

A UNIQUE RETURN TO THE K-POP SCENE

Launched at the same time with the teaser images, the videos feature the girls striding and feeling the beat, while a fresh and catchy melody plays in the background.

Exhibiting a free-spirited image, the girls further prove they are indeed monster rookies as they demonstrate their powerful stage presence.

Moreover, Jinny adds a different touch to the track through her beguiling vocals at the end of each released clip.

Aside from these amazing content, fans can definitely look forward to the rest of the indvidual previews, music video teasers, and  such being released in the following days.

SECRET NUMBER will release its new enthralling single “Got That Boom” on November 4 at 6 PM KST.

Photos and Videos from Vine Entertainment