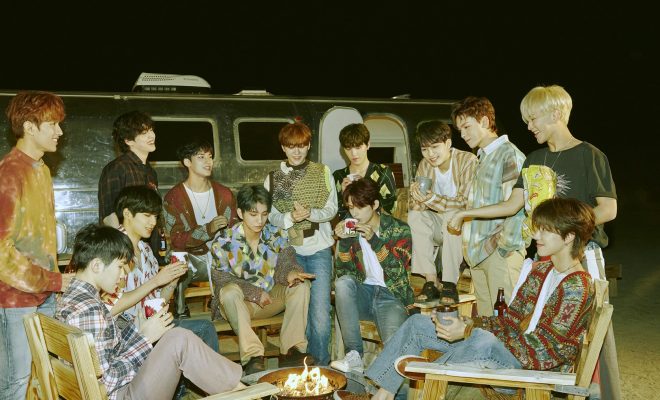 SEVENTEEN will be returning to the music scene real soon with rich and beautiful songs from their seventh mini-album Henggarae!

SEVENTEEN brings further excitement to fans by presenting the track list consisting of new songs that will showcase their music expertise as self-producing idol group. 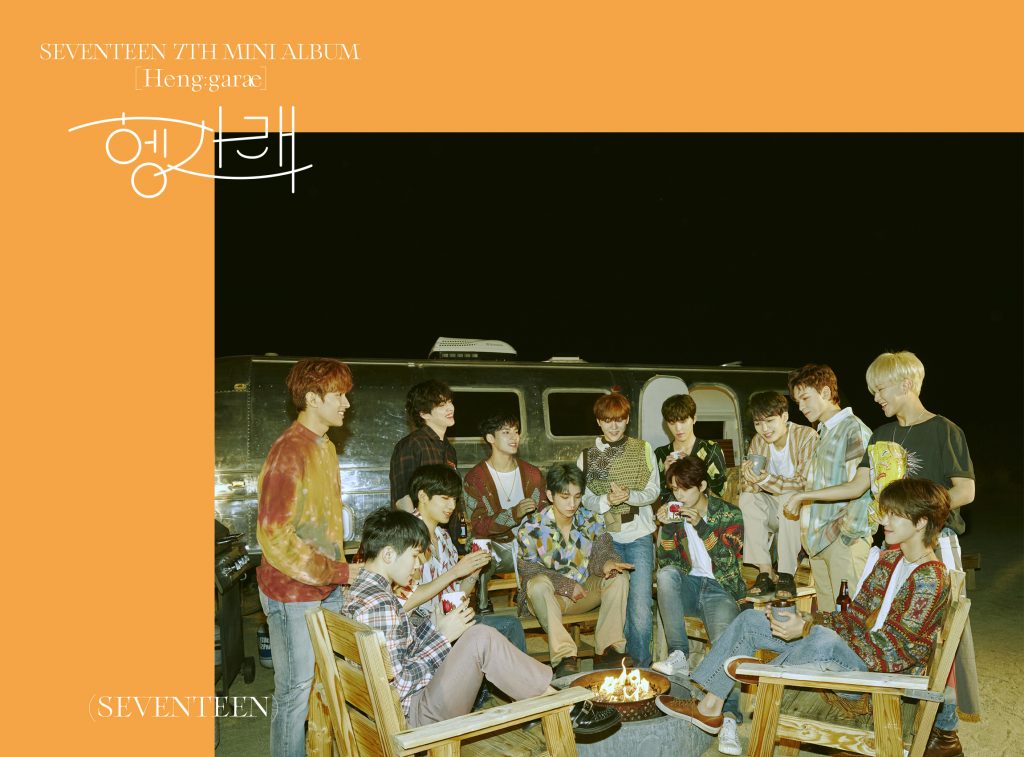 As expected, Woozi participated in arranging, composing and making the lyrics of the songs for the entire album. Meanwhile, several members took part in the composition and lyric-making of the tracks including S.Coups, Hoshi, Mingyu and Wonwoo. 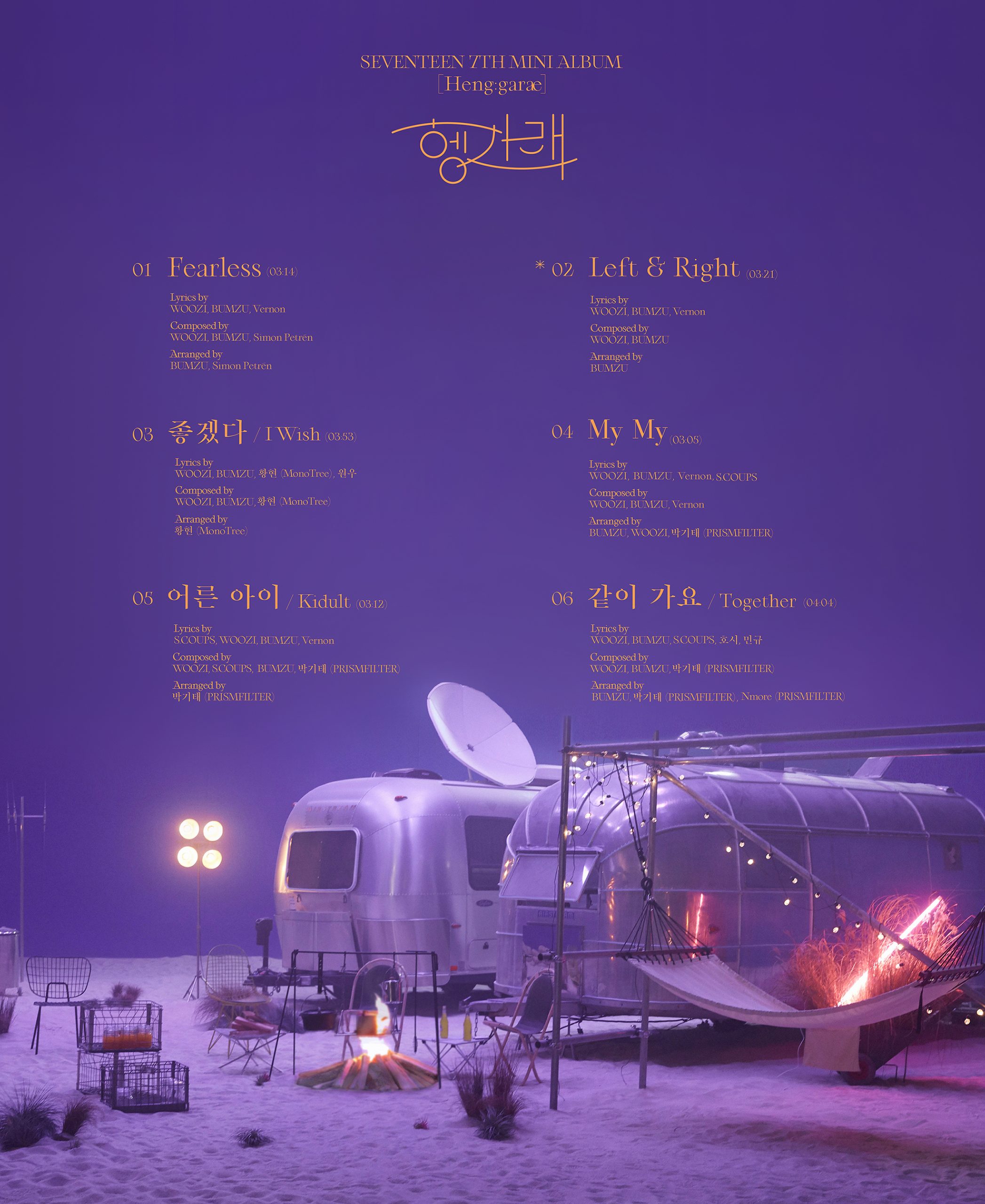 The tracklist image contains a dreamy purple color with a camping atmosphere similar from the recent music video “My My“. While containing encouraging messages of escaping from “Fear” that was encountered in their third full-length album An Ode, SEVENTEEN moves on to a new world while holding on to their dreams.

SEVENTEEN will release their mini-album Henggarae on June 22 at 6PM KST. Prior to this, the group will hold a press conference at 4 PM KST on the same day.

Afterwards, the comeback show on Mnet will air on June 22 at 7 PM KST. It will broadcast simultaneously around the world via Mnet as well as digital channels Mnet Kpop, Mnet Official, M2, and Stone Music.