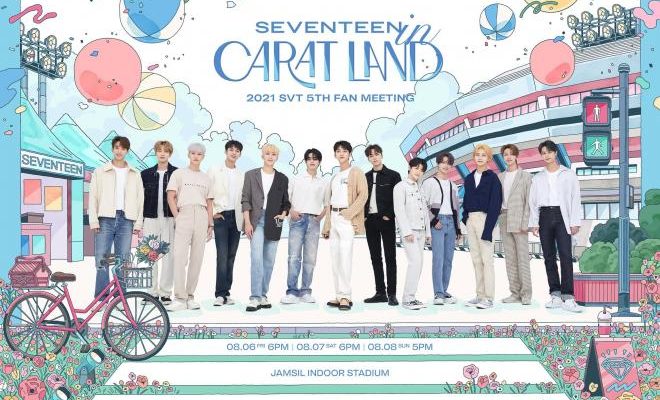 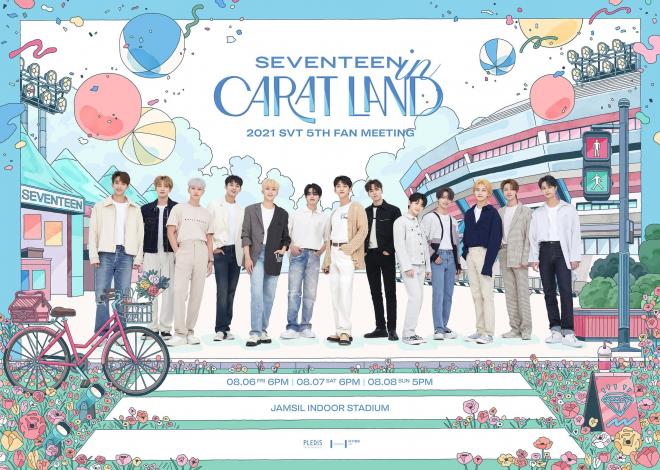 Just recently, Pledis Entertainment shared the delightful news with fans. Titled SEVENTEEN in CARAT LAND, the group’s much-anticipated three-day fan meeting will be happening live at Jamsil Indoor Stadium from August 6 to 8. Aside from meeting fans in person, the boys will also greet their other supporters around the world via simultaneous live streaming.

“Online performances are limited to some seats in compliance with the quarantine guidelines of the local government. If the offline performance is canceled, the ticket will be refunded in full and will be conducted only through online live streaming,” the agency said.

S.Coups, Jeonghan, Joshua, Jun, Hoshi, Woozi, Wonwoo, THE8, Mingyu, DK, Seungkwan, Vernon, and Dino will perform the songs from their 8th mini-album Your Choice in front of fans for the first time.

In addition, SEVENTEEN, who showed a special concept at every fan meeting, is preparing a variety of stages. The poster further amplified fans’ curiosity by showing the warm visuals of the members and adding objects reminiscent of festivals.