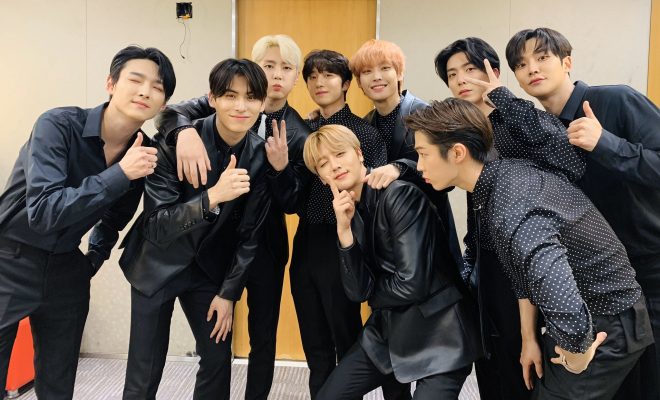 SF9 has made their last stage for “Good Guy” on M Countdown extra golden by taking home their third music show win on January 30! 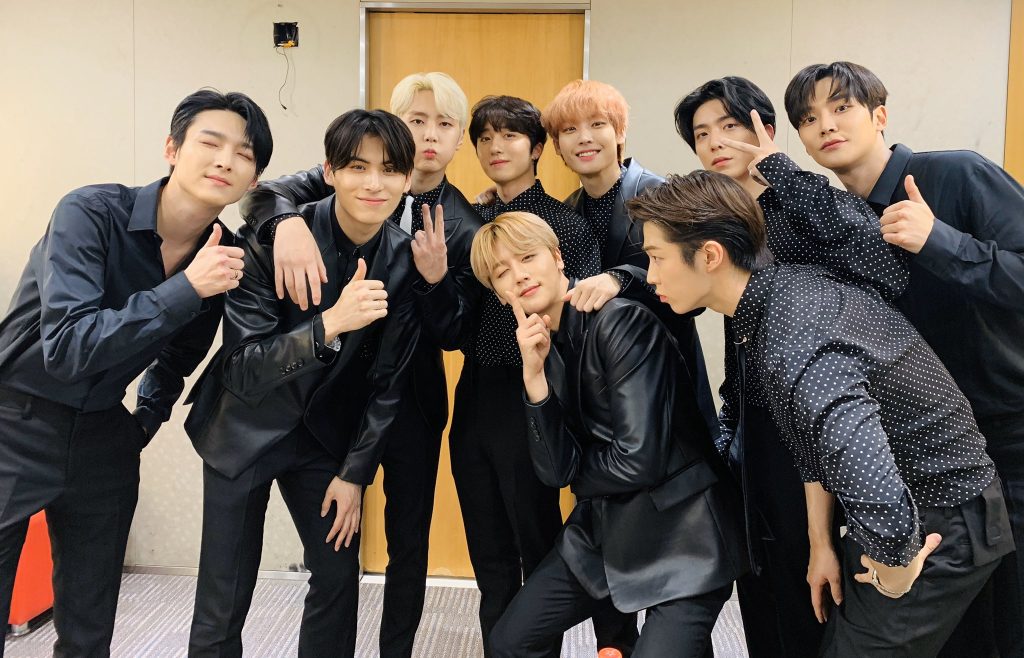 The boy group grandly celebrated their goodbye stage for their latest comeback track “Good Guy” with a beautiful third music show win to cap their promotions off!

Holding their last performance on M Countdown for their current promotional track, SF9 made sure to bring another monumental moment for their “golden” era by triumphing over ATEEZ for the first place on today’s music show episode, collecting a total of 10,031 points versus their 4,562 points. 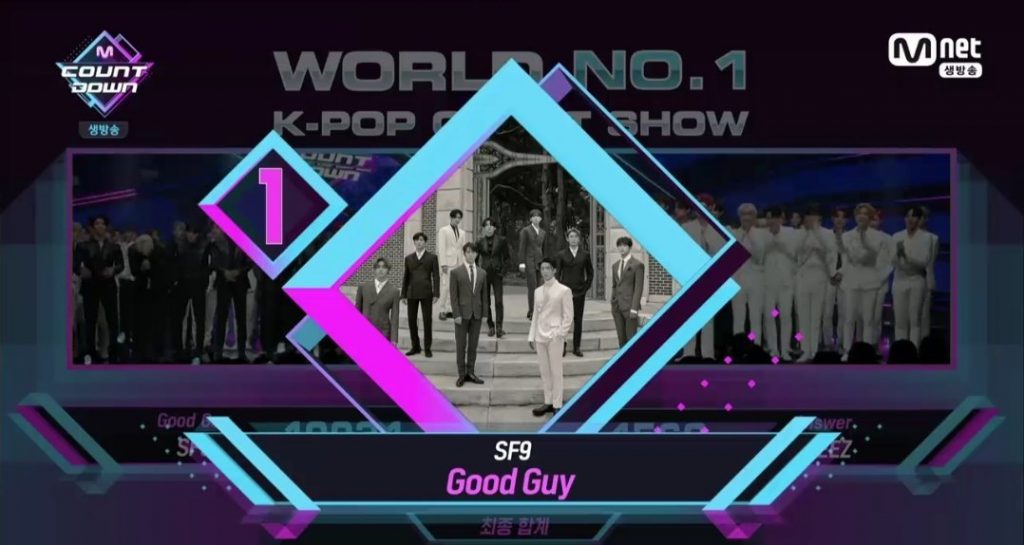 The group also placed first on the January 16 episode of M Countdown with “Good Guy”, which marked their very memorable first music show win for over three years after their debut. They immediately followed up with their second win through Music Bank on January 17, which is also the same day as youngest member Chani’s birthday and the group’s 1200th-day anniversary since debut.

Compared to their first two wins which earned rivers of tears from them, the boys smiled and held their trophies proudly as they thanked their fans once more.

“This is our goodbye stage. Thank you FANTASY for giving us this honour for our very first full album. I want to say thank you to our company staff as well,” leader Youngbin said. The group then happily celebrated on stage as FANTASY happily cheered on them as well.

Fans also rejoiced for SF9’s third win with “Good Guy” by sending their congratulatory messages to the group for their comeback’s successful run with the hashtags #SF93rdWin as well as #GoodGuy3rdWin.

that 10k points, no one is crying, Rowoon giving the trophy, everyone’s happy, and last stage. today is indeed a happy and emotional day. ??#SF93rdWin #GoodGuy3rdWin#SF9 @SF9official
pic.twitter.com/4KCeVzskWs

The crybaby Juho is nowhere to be seen
Hes now a proud Man holding a trophy?#SF93rdWin#GoodGuy3rdWin
https://t.co/LmvHHQec0H

He is smiling ear to ear and look at his cheekies popping out aaaaa hardwork paid off bby! ?@SF9official#GoodGuy3rdwin#SF93rdwinpic.twitter.com/PWNPW7H2Jy

Our boys getting their 3rd win this era still feels as euphoric and overwhelming as when they got their 1st and 2nd win. Thank you for always, always making us proud @SF9official!#SF93rdWin #GoodGuy3rdWin pic.twitter.com/zjpSujCvQU