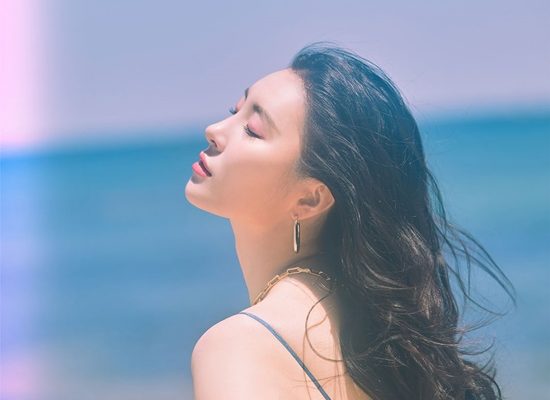 Sunmi sends fans into a purple daze with her latest teaser for her upcoming release “pporappippam”!

Sunmi is the vision of elegance in her newest concept photo for her comeback. She portrays her stunning visuals with pink makeup and windswept hair while standing with her eyes closed, at the beach. The relaxed photo is a sharp contrast to Sunmi’s previous teaser image, which showed her fiercer charm. 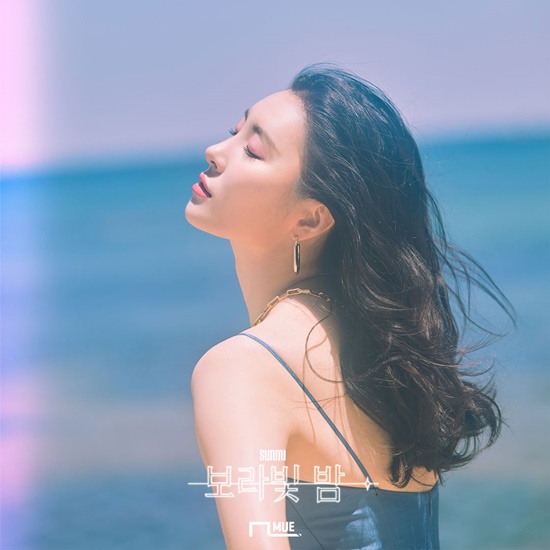 With this new teaser, expectations are rising for Sunmi’s single “pporappippam”. The lyrics are directly written by Sunmi herself, while the track is co-composed and arranged by Frants. Their prior collaborations include Sunmi’s previous songs such as “Siren” and “LALALAY”.

Fans eagerly await her upcoming release. Sunmi recently has been dubbed as a “Solo Queen” within the K-pop industry. After joining her current label Makeus Entertainment in 2017, she released three consecutive hits with tracks “Gashina”, “Heroine”, and “Siren”. The success of the afirementioned tracks quickly established Sunmi’s music sensibility as a solo artist.

Meanwhile, Sunmi has also been busy in a new YouTube series with her siblings which aims to show a more personal glimpse into Sunmi as a person.