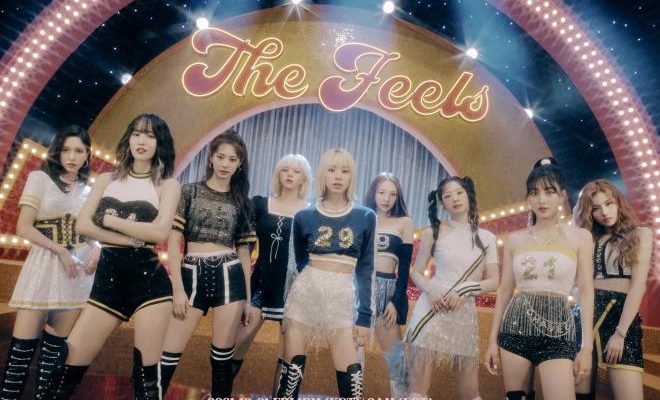 TWICE To Give You “The Feels” On “The Tonight Show Starring Jimmy Fallon” And “GMA3: What You Need to Know”

Marking the release of their first ever English single with a bang, TWICE will appear on two famous American programs to perform “The Feels!”

Powerhouse girl group TWICE plans to dominate the American music scene with their guesting on The Tonight Show Starring Jimmy Fallon as well as GMA3: What You Need to Know on October 1 and October 6 respectively. 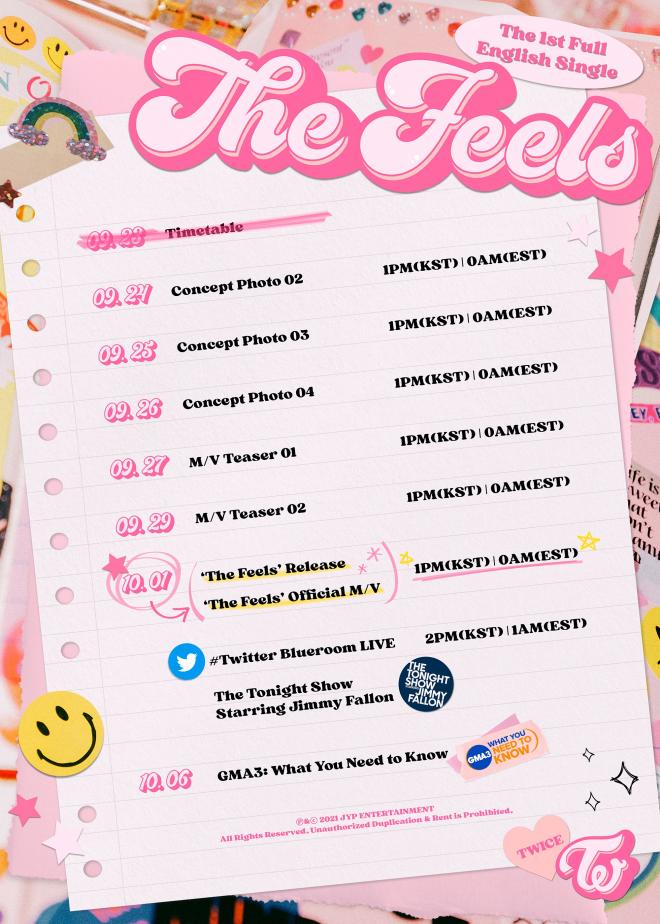 Set for release on October 1, the song comes with an addictive melody and a trendy beat that can make every listeners dance their hearts out. It also falls under the disco pop genre, which TWICE can nail and pull off effortlessly, so fans can already expect another hit song from their favorite and beloved girl group.

The Tonight Show Starring Jimmy Fallon is a famous late-night talk show hosted by talented comedian slash host Jimmy Fallon, which airs on NBC during weekdays starting at 11:34 in the evening.

Apart from being the seventh installment to the world’s longest-running talk show called The Tonight Show, it also features various guests from different walks of life. People who grace the show then share various stories and snippets of their lives as a way to bring comfort and entertainment to viewers. Among the famed personalities who already appeared in the show are Kendall Jenner, BTS, Jennifer Anniston, Blake Lively and Taylor Swift. To add, the program also brings various games and musical performances.

Meanwhile, GMA3: What You Need to Know is a morning television program that features news, weather forecasts and various topics. Previously known as GMA3: Strahan, Sara & Keke, it is hosted by Keke Palmer, T.J. Holmes and other industry sources.

Previously, TWICE already appeared on The Ellen Show, where they performed their latest Korean release “Alcohol-Free.” Moreover, the girl group also delivered a fantastic “I Can’t Stop Me” performance on The Late Late Show with Stephen Colbert in November 2020.

FacebookTwitter
SubscribeGoogleWhatsappPinterestDiggRedditStumbleuponVkWeiboPocketTumblrMailMeneameOdnoklassniki
Related ItemsGMA3: What You Need to KnowThe Tonight Show With Jimmy FallonTWICETWICE GMA3: What You Need to KnowTWICE The FeelsTWICE The Tonight Show With Jimmy Fallon
← Previous Story Aespa Looks Fierce And Stunning In Teasers For “Savage” Comeback
Next Story → Girls’ Generation’s Seohyun, Shin Dong Yup, And Boom Confirmed As Hosts For The 2021 The Fact Music Awards