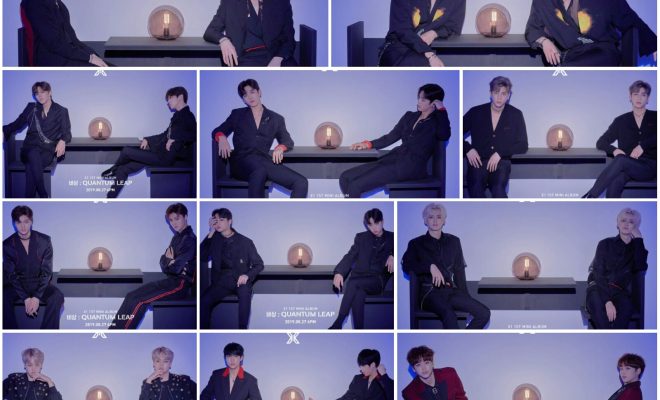 X1 is not stopping in raising fans’ anticipation until they make their debut this month!

X1 flashes exciting teasers for their debut countdown prior to the release of their first-ever mini-album titled Quantum Leap! 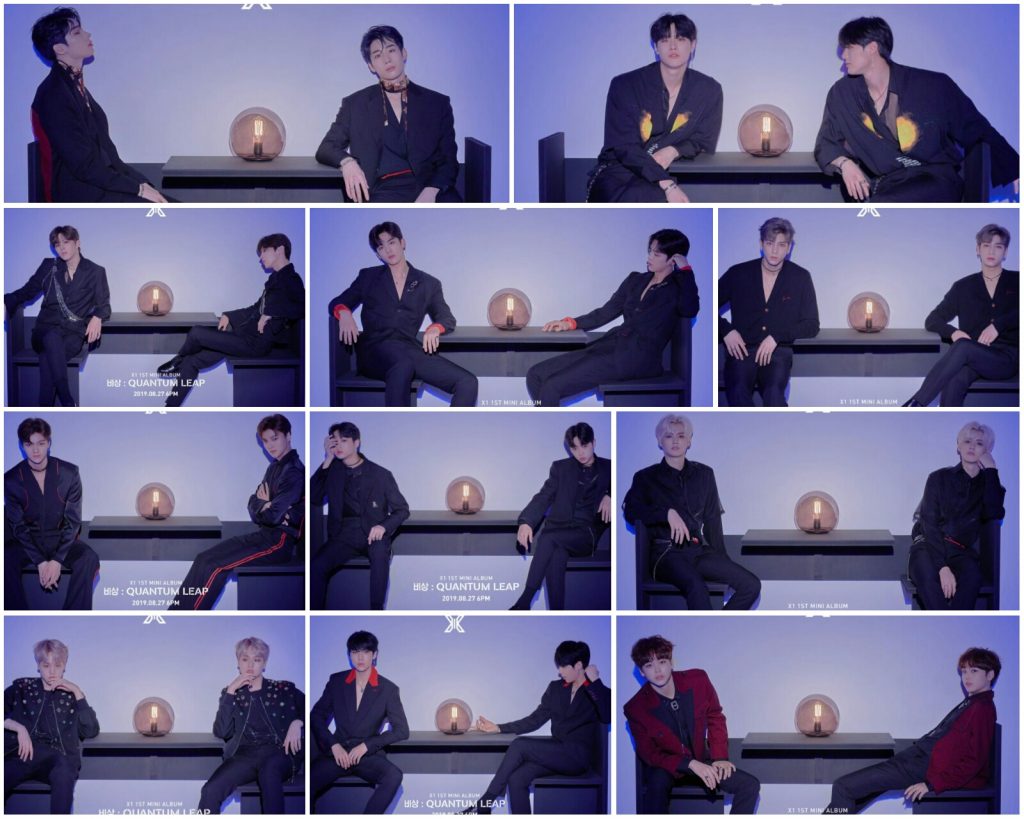 The eleven-member boy group continues to set the mood for their much-awaited arrival to the K-Pop scene on August 27. 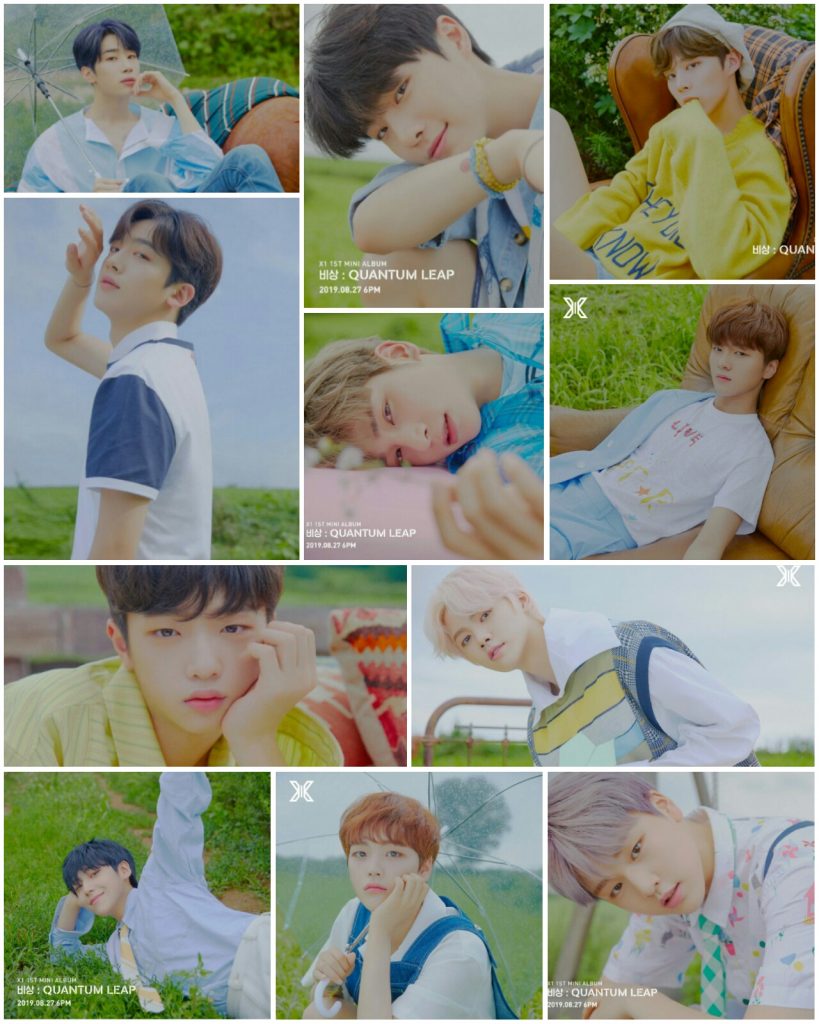 Meanwhile, the eleven boys bathed in violet light for another set of mesmerizing photos. Emanating such powerful rookie energy, they stole the scene one by one as they get ready to take the K-Pop world by storm.

They have also shared teaser clips of the members during their recording session. This one, unveiled on August 18, displays the group’s maknae rapper Nam Do Hyon recording a track. The video is set in the studio and has the time stamp of August 13 at 8:55 PM KST.

On August 11, the group also shared a look at their music video filming which took place on August 5.

Fans also got a hint of the choreography the eleven boys had been busily perfecting for their nearing debut this month. Posted on August 8, it marked their first-ever teaser clip, which revealed the new hair colors some members sported for the first time.

Additionally, X1 dropped the tracklist for Quantum Leap, which revealed the titles and production credits for seven thrilling songs. It features the group’s version of “U Got It” and “Move” which are previous songs from the evaluation stage of Produce X 101.

Meanwhile, its lead track is titled “Flash”, and their version of the Mnet debut reality show’s theme song “X1-MA” will be included in the album’s CD version as well. 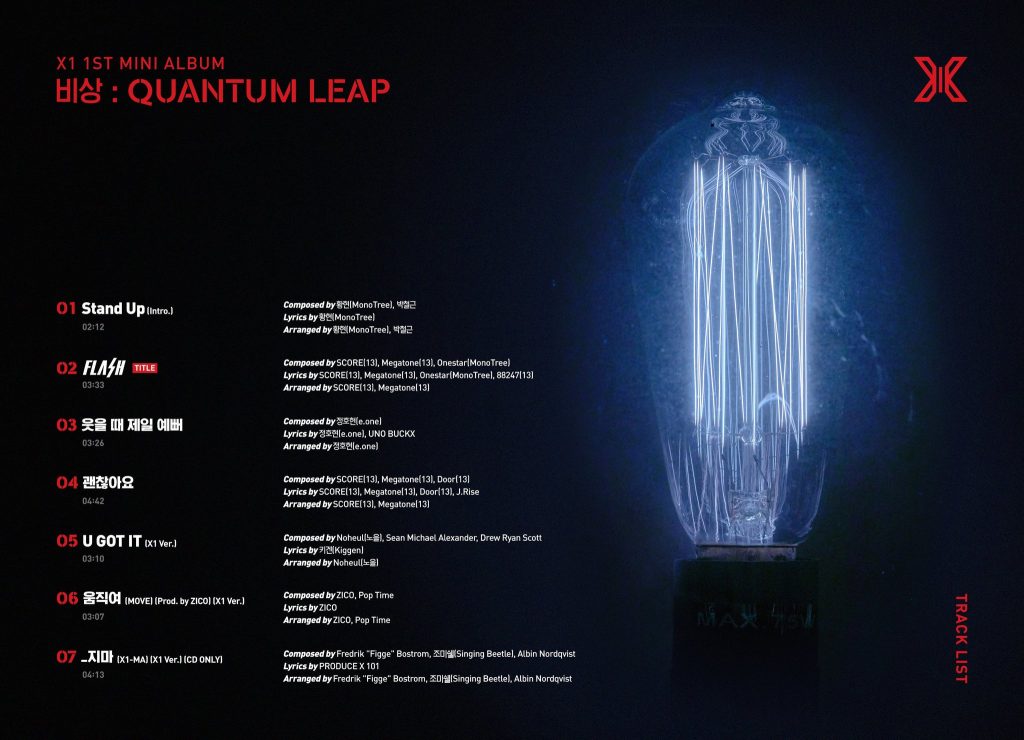 Quantum Leap, along with the music video for “Flash”, is slated for release on August 27 at 6 PM KST.