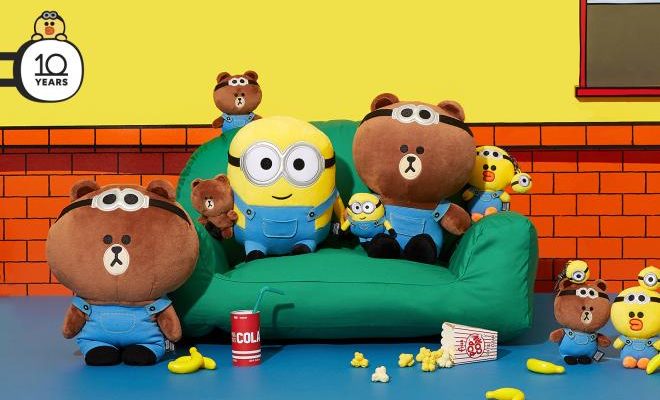 LINE FRIENDS, one of the world’s fastest-growing global character brands, announced that it has collaborated with Illumination and Universal Brand Development to unveil the “MINIONS X BROWN & FRIENDS” collection — inspired by the beloved MINIONS from the most successful animated franchise of all time. 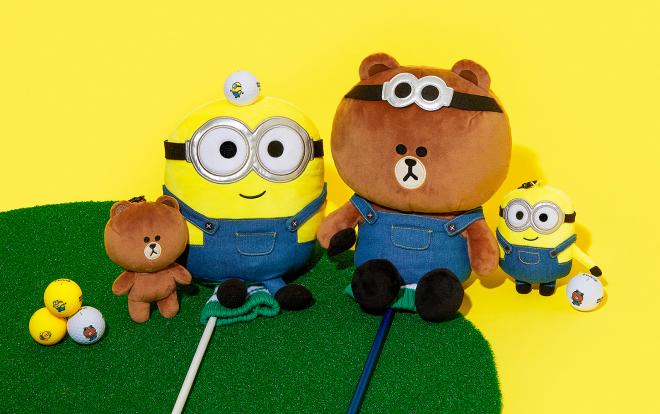 The collaboration gets more exciting as LINE FRIENDS released a video of the MINIONS mischievous takeover of BROWN & FRIENDS’ 10th anniversary celebration.

MINIONS’ Stuart, Kevin and Bob surprise BROWN and SALLY with gifts that reflect each of their larger-than-life personalities. The reaction among Millennials and Generation Z fans worldwide had immediately gone viral after seeing BROWN and SALLY dressed in hip outfits of MINIONS’ signature overalls and goggles.

Launched as part of the collaboration between these two powerhouse brands, the MINIONS X BROWN & FRIENDS collection consists of essential fashion and tech accessories ranging from AirPods cases to phone grips to canvas tote bags, as well as to golf accessories and camping gear. Collection items are anticipated to hit a record-breaking sellout worldwide. 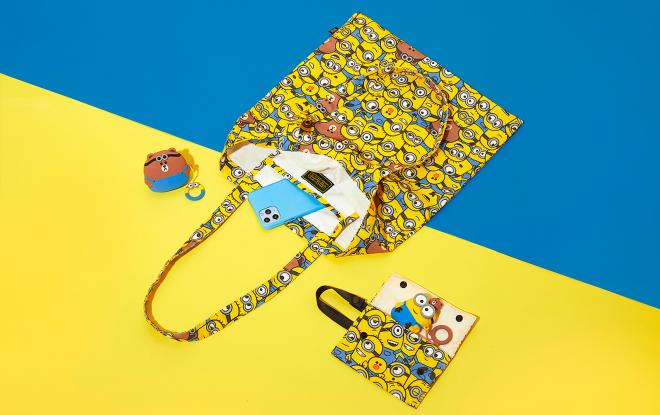 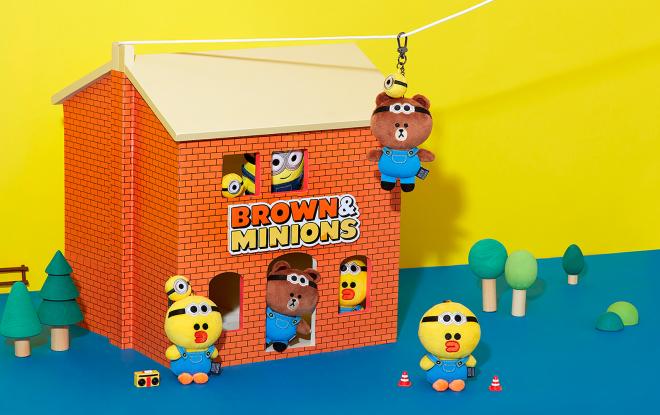 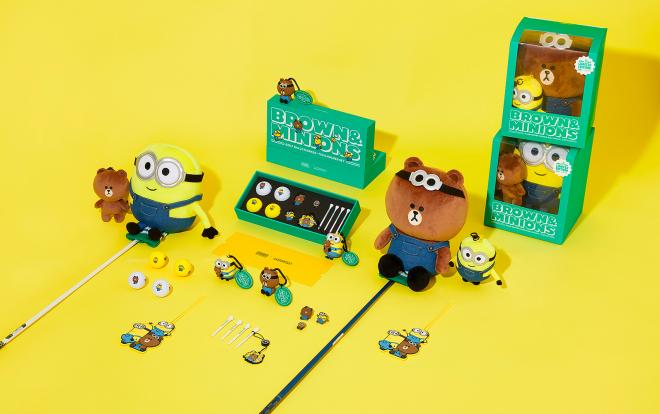 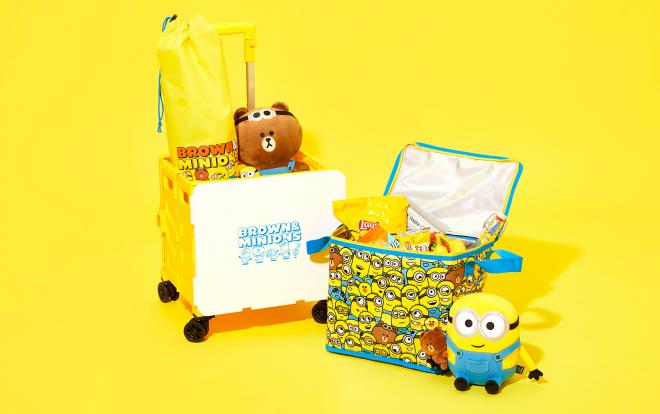 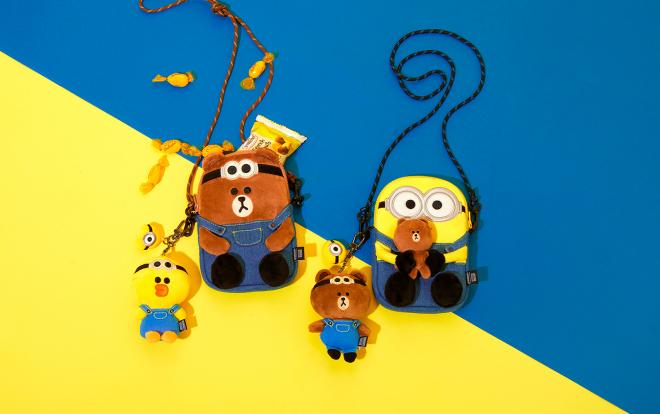 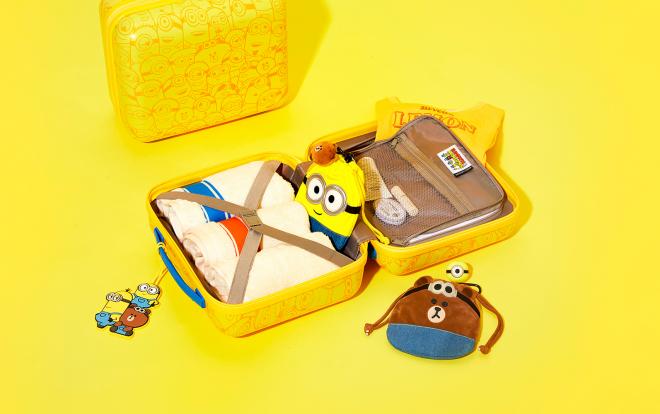 The MINIONS X BROWN & FRIENDS collection is available for global purchase on the official on- and offline stores of LINE FRIENDS in countries and regions including Korea, the U.S., Japan, and China, from July 22. LINE FRIENDS is also slated to drop big surprises of digital contents, including LINE messenger stickers and Instagram AR GIFs for this collaboration, sparking viral sensation among Millennials and Generation Z. 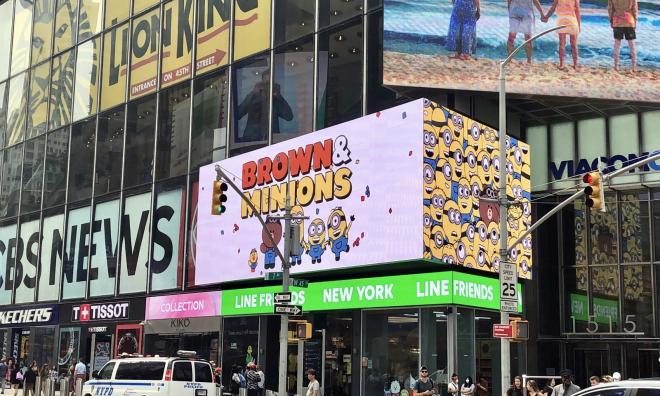 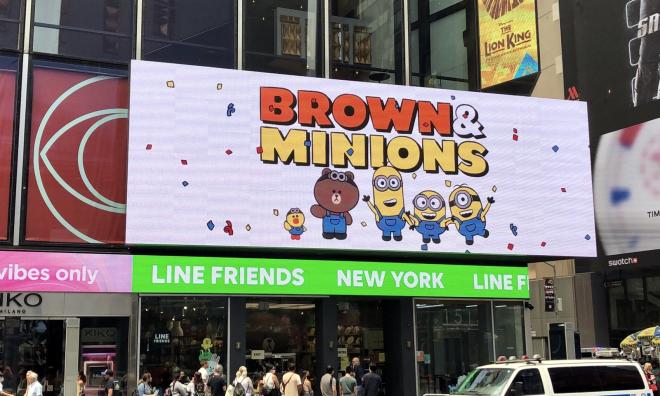 “With our unrivaled creative capabilities, LINE FRIENDS once again captures the hearts of Millennials and Generation Z across the world with this collection jointly collaborated with long-standing partners Universal Brand Development and Illumination,” said LINE FRIENDS.

“We anticipate that this phenomenal collaboration between BROWN & FRIENDS, originally created for use as LINE messenger stickers, and the beloved MINIONS will stir up fun and excitement for fans worldwide.”

As part of the collaboration, a video of the MINIONS mischievous takeover of BROWN & FRIENDS’ 10th anniversary celebration had gone viral across social media.

LINE FRIENDS is a global character brand that originally started from BROWN & FRIENDS, created for use as stickers for the leading mobile messenger app LINE and its 200 million active users worldwide.

Taking a step further, the company has emerged as a global creative studio by offering diversified content based on its wide array of Intellectual Property (IP)s including ‘BT21’, characters created together with a global boy band BTS, ‘WDZY’ (ITZY), ‘TRUZ’ (TREASURE) and ‘CHICHI’ (BLACKPINK JISOO).

LINE FRIENDS has also collaborated with a number of renowned brands including Bang&Olufsen, Converse, LAMY, and Leica, all aligned with the company’s philosophy and value to release premium character products.

It has operated more than 260 stores in a total of 15 markets in New York, LA, Tokyo, Seoul and Shanghai. Since it became an independent company in January 2015, LINE FRIENDS continues to win the hearts of Millennials and Gen Z worldwide through interactive digital communication across multiple retail touchpoints including its online sales platforms. For more information, please visit www.LINEFRIENDS.com.

Illumination, founded by Academy Award® nominee Chris Meledandri in 2007, is one of the entertainment industry’s leading producers of event-animated films, including Despicable Me, the most successful animated franchise in cinematic history. The company’s releases include two of the top 10 animated films of all time, and its iconic, beloved franchises—infused with memorable and distinct characters, global appeal and cultural relevance—have grossed more than $6.25 billion worldwide.

Illumination, which has an exclusive financing and distribution partnership with Universal Pictures, is the creator of the world of Despicable Me. The franchise includes Minions, the fourth-highest-grossing animated film of all time and the most profitable film in Universal’s history, as well as the Academy Award®- nominated Despicable Me 2 and Despicable Me 3, which made more than $1 billion at the global box office.

Illumination has launched two additional original properties that captivated audiences worldwide: The Secret Life of Pets, which achieved the best opening for an original movie, animated or otherwise, in U.S. history, and the global smash, Sing. In 2018, Illumination’s Dr. Seuss’s The Grinch had the biggest opening weekend of any Christmas-themed movie in history, followed, in June 2019, by The Secret Life of Pets 2. Illumination’s upcoming films include Sing 2 on Dec. 22, 2021, and Minions: The Rise of Gru in July 2022.