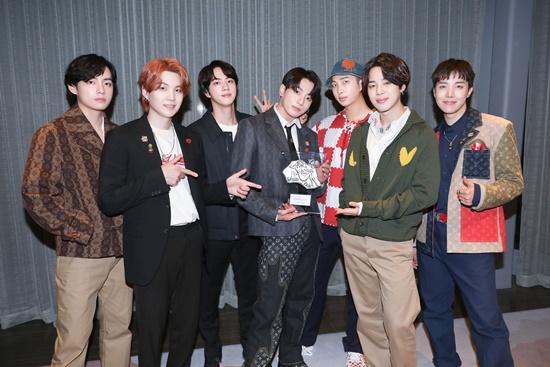 Worldwide phenomenal boy group BTS has recently won the Special International Music Award for the second year in a row at the 63rd Japan Record Awards.

The K-pop septet, who is currently taking their much-deserved break, was not able to attend and accept the award live during the Japanese music awards ceremony, which was broadcasted via TBS on December 30.

Grateful for the recognition, BTS delivered a special pre-recorded acceptance message instead. “Thank you for giving us this precious award again after last year. We’re happy many people listened to our songs as well this year,” the boys said.

Notably, BTS is the first recipient of the Special International Music Award, which was newly established at the 62nd Japan Record Awards in 2020. Raking impressive feats in the global music scene in 2021, they were able to bag it again and extend their record.

Although RM, Jin, SUGA, J-Hope, Jimin, V, and Jungkook could not give a performance, the awards show played their captivating “Butter” number from their recent online concert PERMISSION TO DANCE ON STAGE.