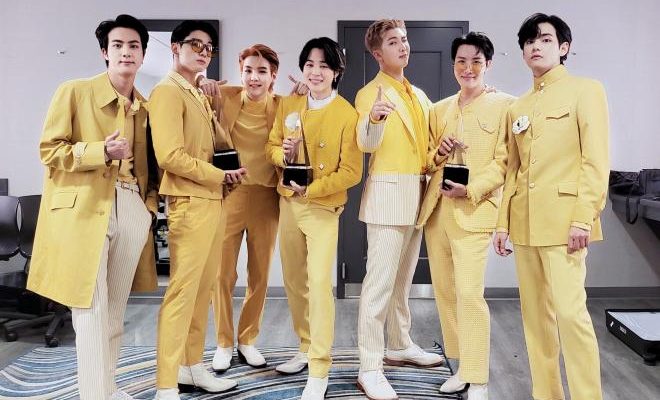 A historic and much-deserved win for BTS!

Sweeping music charts and bagging multiple awards all over the world, the South Korean boy group BTS shows no signs of stopping as they continue to add remarkable feats on their belt! 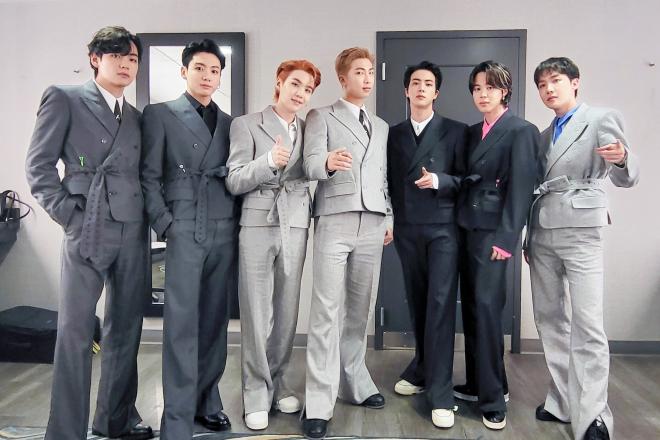 Earlier today, BTS attended the 2021 American Music Awards (AMAs) at the Microsoft Theater in Los Angeles. Aside from delivering two captivating performances namely, “My Universe” with Coldplay and “Butter,” the septet also took home all three awards they were nominated for.

The 2021 AMAs hailed BTS as the Artist of the Year, the most coveted award of the night. They won over Ariana Grande, Drake, Olivia Rodrigo, Taylor Swift, and The Weeknd.

Notably, the group makes history as they became the first Asian act to win the prestigious award.

RM said in his speech, “Four years ago, we gave this first-time-ever TV live performance at this stage, AMAs, it was ‘DNA,’ and we were too excited and nervous at the time. And it’s been a long and amazing ride since then, but nobody could have ever bet on the odds of us standing here receiving this award. Except you all, ARMY. Except you all. Seven boys from Korea, united by a love for music. We met the love and support from all the ARMYs all over the world. This whole thing is a miracle. Seriously, we’ll never take this for granted. Thank you so much. We love you all, we want to give this honor to you guys. Thank you HYBE, thank you staff, all the people.”

ARMY! 🚨 You did it! You voted and @BTS_twt is the #AMAs Artist of The Year! Congrats! 🎉 #BTSxAMAs pic.twitter.com/wJ6NDQgHbo

As they receive their trophy, J-Hope said, “Thank you ARMY, and thank you AMAs so much for this. For three years in a row, wow!” Jin then sweetly added, “This is all possible thanks to ARMY. You’re our universe.”

They're setting the night alight and winning the #AMAs for Favorite Pop Duo or Group! CONGRATS, @BTS_twt! 🎉 #BTSxAMAs pic.twitter.com/fzQs7M5HrW

“Thank you ARMY, thank you AMAs, and thank you to everyone for loving our song ‘Butter,’” Jimin said. Also expressing his gratitude, Jungkook then shared, “‘Butter’ is a special song to us. We hope it makes you feel smooth like butter.”

As a sweet tradition, RM, Jin, Suga, J-Hope, Jimin, V, and Jungkook met with their loving fans through V LIVE to celebrate their amazing achievements together, albeit virtually. 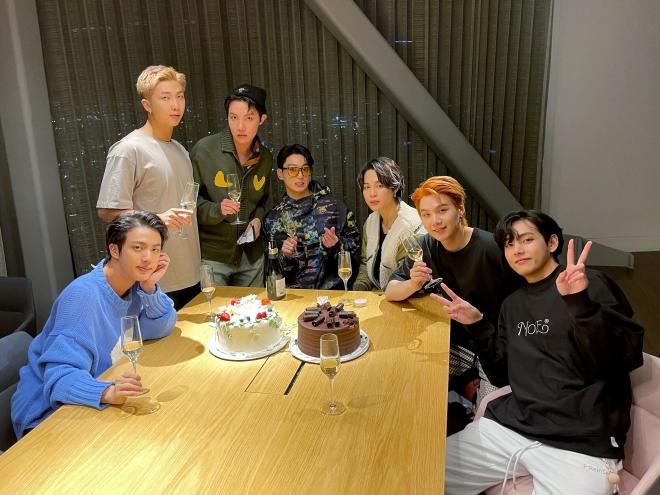