CRAVITY is breaking all the rules as a new boy group with this feat!

Starship Entertainment’s rookie boy group CRAVITY are already topping the charts with their debut on Billboard’s Social 50 Chart for the week dated April 25, 2020. 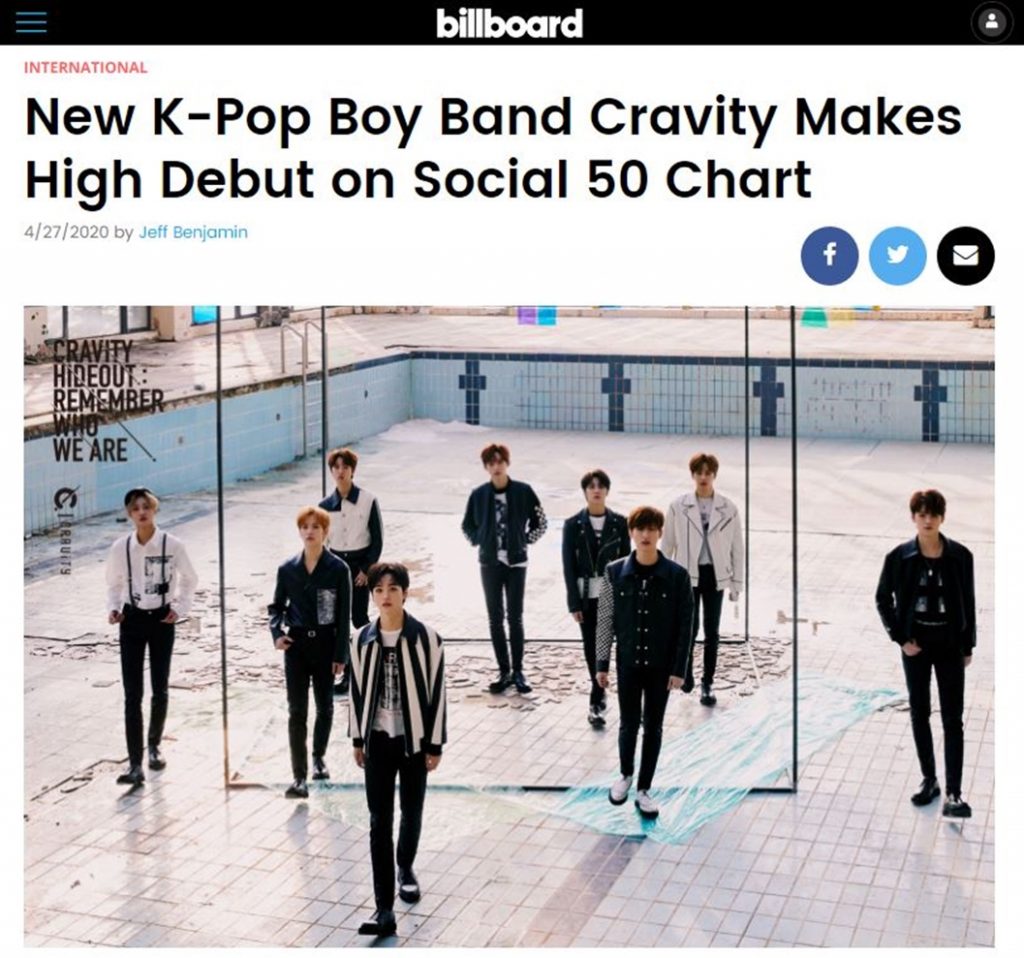 CRAVITY debuted on April 14, 2020 with their track “BREAK ALL THE RULES,” and clearly, they have made an impact with the same. The group made it at No. 12 on the Social 50 Chart. A feat deemed impressive for a new group.

The group attained popularity during the week they released their debut album Hideout: Remember Who We Are – Season 1, evidently, on social media. There was a surge in CRAVITY’s social rankings, with 294,000 Twitter reactions, 68,000 Twitter mentions, 46,000 new Twitter followers along with 9,000 new Facebook page likes during the tracking week that ended on April 16.

Notwithstanding their young age and despite being a rookie group, CRAVITY has intrigued audiences with their tough and mature image much like their seniors, MONSTA X. The group’s overall vibe can be perceived quite notably in their track “JUMPER,” which is produced by MONSTA X’s Joohoney, their debut track “BREAK ALL THE RULES” which showcases their rebellious streak in a very charming way and in “Stay,” a heartfelt track with an EDM aesthetic.

The Social 50 is powered by data tracked by music analytics company Next Big Sound and ranks the most popular artists on Facebook, Twitter, Instagram, YouTube and Wikipedia, while monitoring the artists’ page engagements (including additions of fans/followers) and views.