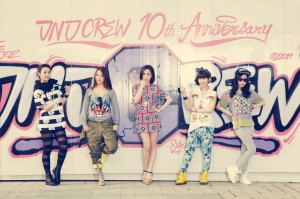 Crayon Pop has released their MV for Saturday Night!

Crayon Pop first released their Korean debut MV Bing Bing  on the 24th of June, and the Japanese version on the 25th of June.

Have you heard both versions yet?