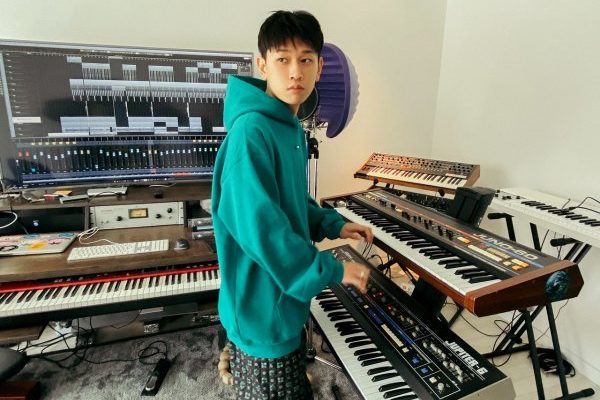 Crush To Make His Exciting Music Return With Single “homemade 1”

By Kirsten | May 13, 2020
FacebookTwitter
SubscribeGoogleWhatsappPinterestDiggRedditStumbleuponVkWeiboPocketTumblrMailMeneameOdnoklassniki

Crush is back! The beloved soloist has set his return with a new track this month!

Crush will be making a comeback this May! The singer’s agency, P Nation, announced to media outlets that the soloist will return on May 20th with a digital single, dropping at 6pm KST. The single “homemade 1” spearheads a series of projects in rhe future.

This will be his newest project since From Midnight to Sunrise, the full album that was released in December 2019.

The artist released a teaser photo on his company’s official Instagram account. It features the singer in a music studio, wearing comfortable clothing.

The concept overall portrays a very candid, relaxed vibe. Its caption teases the title track as a collaboration between himself and another artist. Both the name of the song and the artist are yet to be revealed.

According to various reports, the series “homemade 1” is suspected to follow the same theme of the artist’s “homemade” playlist on his YouTube channel. The videos show his life as the person, Shin Hyo Seob, rather than the idol Crush.

P Nation released a follow-up statement that provided further hints on the single. The agency stated that the title song shows the distinct sensibility of the singer. Adding to that, the track will go well with the warmer weather.

Consequently, fans grew even more excited as the company confirmed that a surprising artist did feature and collaborate with Crush for the single, raising curiosity as to who it could be.