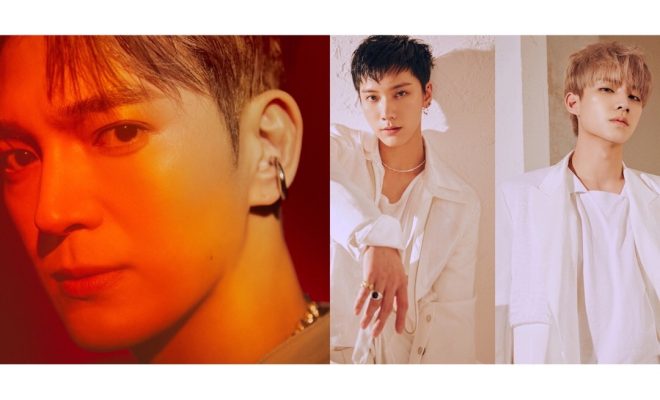 DJ GINJO and WayV’s Ten and Xiaojun are all ready to come together for an explosive collaboration track!

SM Entertainment made an explosive announcement for fans all over the world because WayV’s Ten and Xiaojun are all set to feature on DJ/Producer GINJO’s upcoming track, “The Riot.”

? GINJO participated in composing and arranging the song!
? Featuring TEN and XIAOJUN of WayV!

“The Riot,” as its name suggests, is seemingly a high energy, power track. The track falls in the future house genre, and its melody will feature some dramatic, heavy bass drops with lilting acoustic guitar shifts.

Additionally, the track aims to create a dynamic ambiance with its passionate, heartfelt message with its impressive, majorly English lyrics.

“The Riot” has been composed and arranged by DJ GINJO himself. With the DJ/Producer’s singular musical sensibilities along with Ten and Xiaojun’s compelling vocals, the track is sure to deliver something high-powered and splendid.

DJ GINJO is an artist who is active on the global stage. His music is vibrant and is reflective of his outstanding skills as a DJ. He has previously released music under SM Entertainment as well. Among these are the tracks “YOU (Feat. ANGEL), “Notorious(Feat. Sophiya),” and “Escape”.

Marking his next creation, “The Riot” will be released on May 31 at 12 PM KST. The single will be available to stream on various music sites such as Flo, Melon, Genie,  iTunes and Apple Music as well as Spotify, QQ Music and Couture Music.