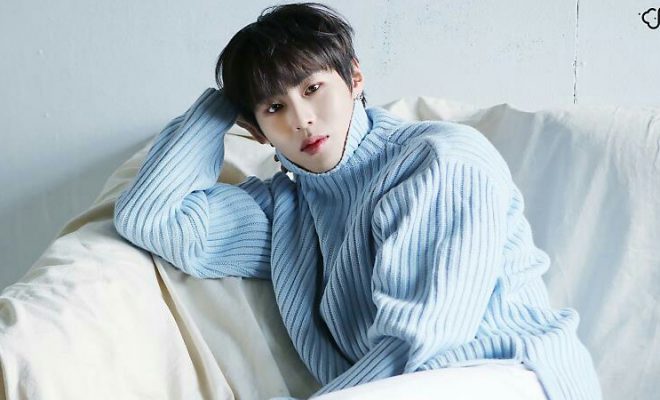 Ha Sung Woon is set to star in his own moment as he makes his solo artist debut this February! 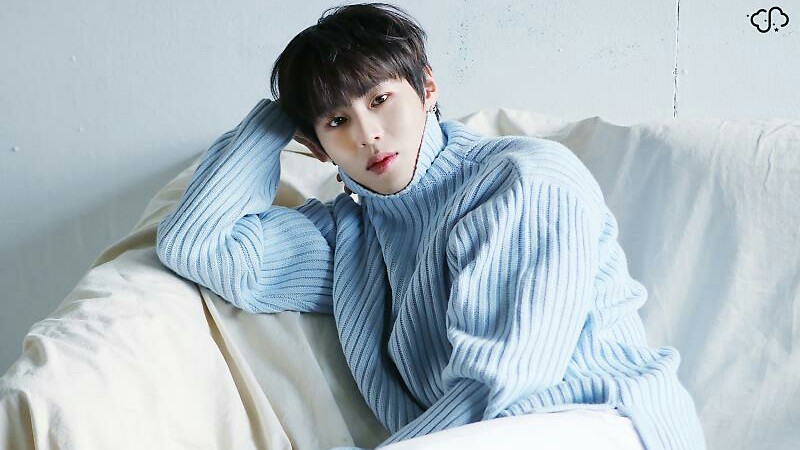 The HOTSHOT and former Wanna One member made his fans’ Valentine’s Day sweeter by announcing the plans for his much-anticipated solo debut!

On the schedule he posted on his social media accounts, the idol revealed that he will be dropping his first-ever solo mini album on February 28. Titled My Moment, the mini-album will mark the singer’s first step as a solo artist.

READ: Ha Sung Woon Will Have His Own “Moment” In First Solo Asian Fan Meeting Tour

Sung Woon will begin the countdown for his album on February 15 with its first photo teaser. Three more will follow on the next days. He will share the mini album’s tracklist on February 21. Fans will also get a glimpse of his new music through a highlight medley scheduled for February 25. 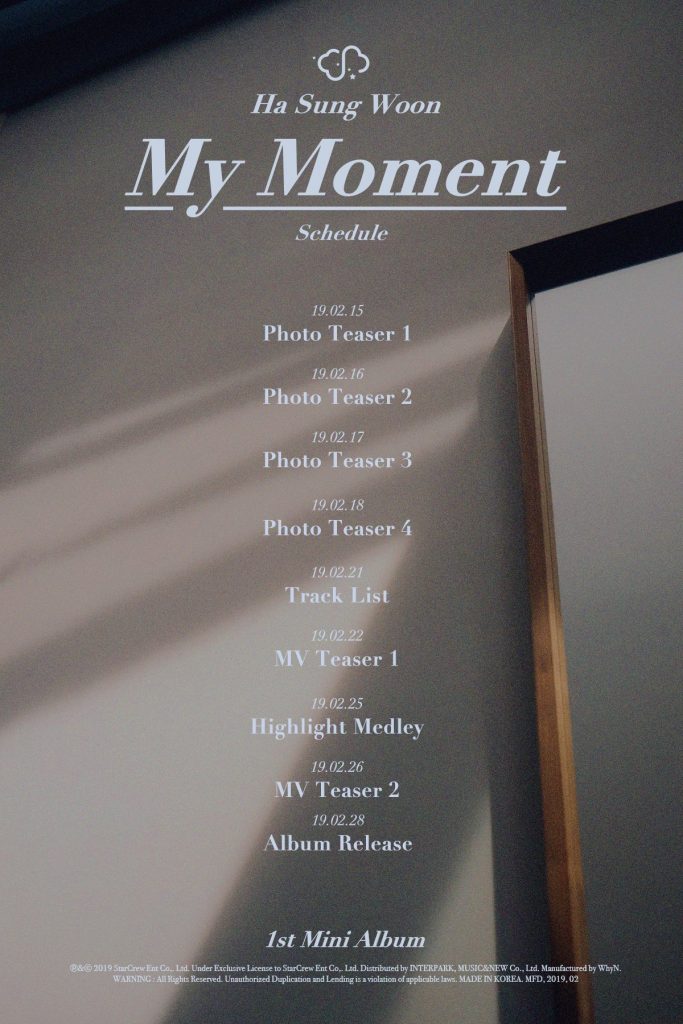 Prior to the release of My Moment, the singer had shared one of its tracks titled “Don’t Forget” on January 28. His fans, now officially named Ha:neul, were ecstatic to find out that his former Wanna One groupmate Park Ji Hoon took part in the song as a featured rapper.

Sung Woon had also completed filming his debut music video as reported on February 13.  Additionally, he is currently gearing up for his first solo fan meeting tour with the same title as his album. The tour will go around several cities in Asia.

Are you looking forward to Ha Sung Woon’s solo debut at the end of the month? Let us know by leaving a comment below, giving us a holler on Facebook, or tweeting us at @hellokpop!

Hellokpop, as an independent Korean entertainment news website (without influence from any agency or corporation), we need your support! If you have enjoyed our work, consider to support us with a one-time or recurring donation from as low as US$5 to keep our site going! Donate securely below via Stripe, Paypal, Apple Pay or Google Wallet.
FacebookTwitter
SubscribeGoogleWhatsappPinterestDiggRedditStumbleuponVkWeiboPocketTumblrMailMeneameOdnoklassniki
Related Itemsha sung woonHotshotstar crew entertainmentwanna one
← Previous Story LOONA Announces Title Track And Comeback Details
Next Story → GOT7’s New Sub-Unit Jus2 To Tour Asia For “Focus” Premiere Showcase