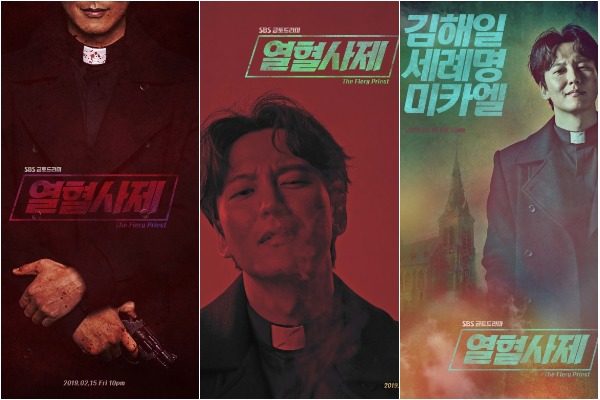 Kim Nam Gil looks every bit of a hot-blooded Priest in the character posters released for his newest drama.

Playing the titular character, Kim Nam Gil is not your typical clergyman in the three stills released for SBS’ The Fiery Priest. In the drama, Kim takes on the role of the foul-mouthed and hot-tempered Father Kim Hae Il. He pairs up with a foolish detective Koo Dae Young (Kim Sung Kyun) and smart prosecutor Park Kyung Sun (Lee Ha Nee) to solve a crime involving a murdered Catholic Priest. 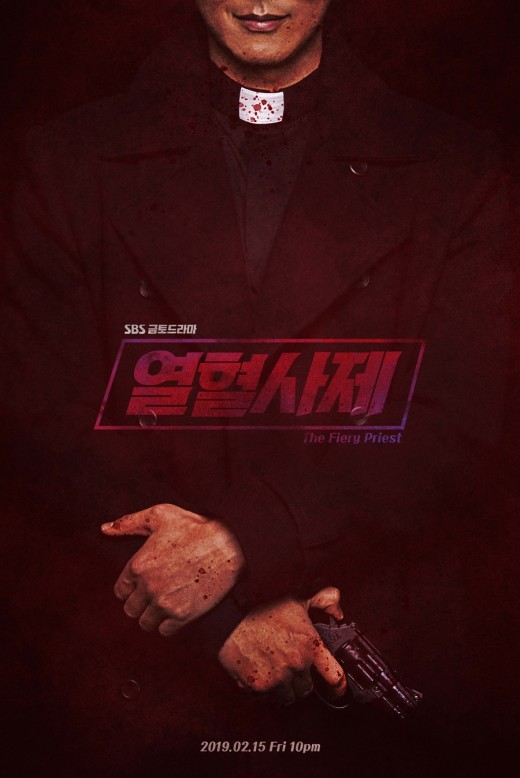 The first poster conceals the face but clearly shows a priest holding a gun. Furthermore, his bloody garments and hands, combined with a slight smile, give off a mysterious but powerful image. Meanwhile, the second still reveals the face of Kim Hae Il in a red background. His face has an annoyed expression and his attitude is of someone who is looking down on the world. 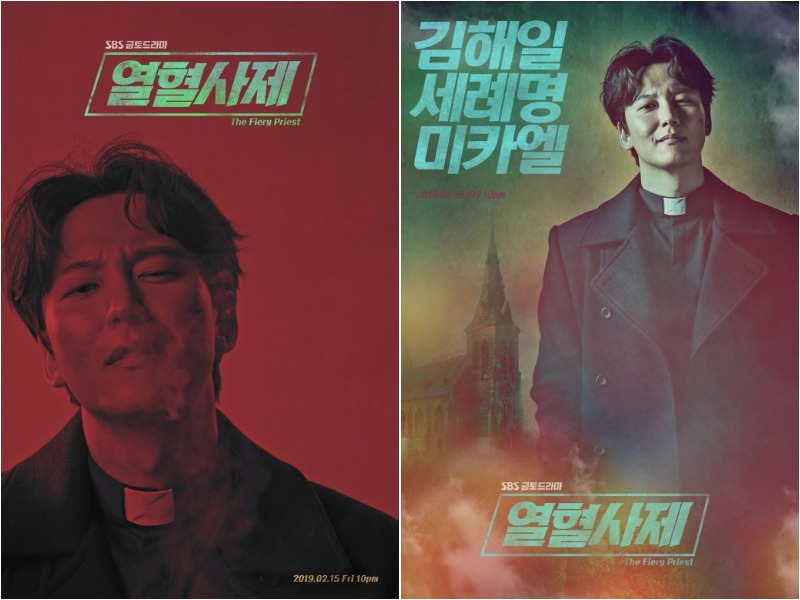 The third poster has Kim Hae Il standing with a smirk and behind him is the image of the church. The smoky background plus his demeanor emit an extra strong force.