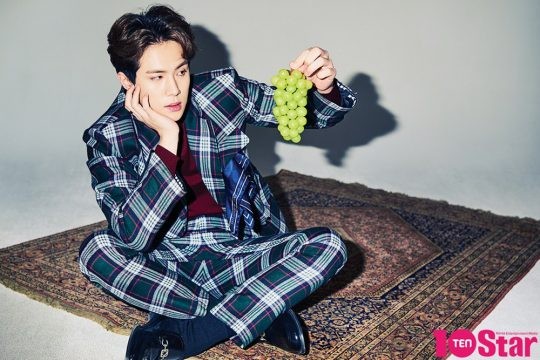 Produce 101 star Kim Dong Han is making a comeback on May 1 with his third mini album.

To hype up the anticipation, his agency, Oui Entertainment released a comeback scheduler on April 23 for his third EP D-HOURS AM 7:03. 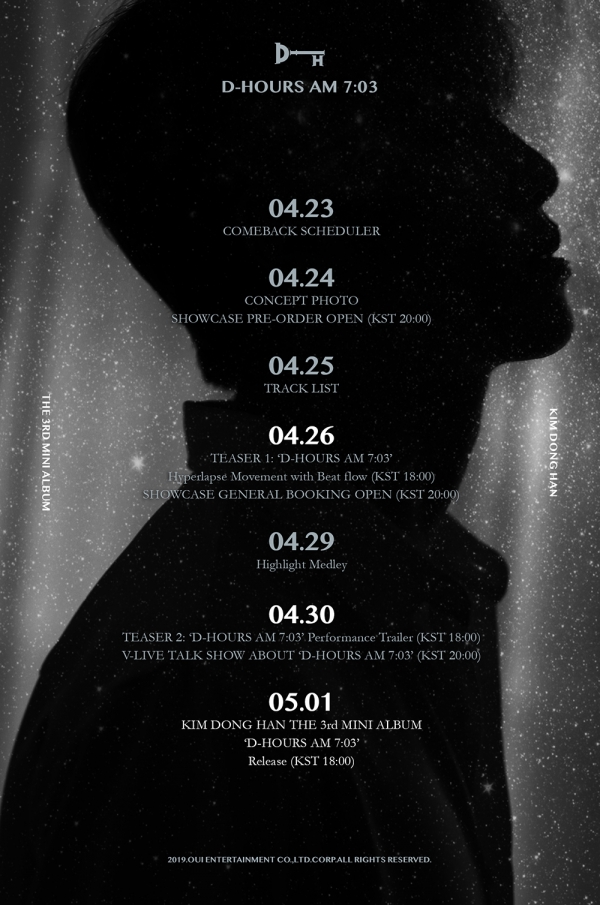 Later that same day, the former JBJ member also posted a teaser video of the concept photo via his Twitter account. The concept photo is released the next day as well as the pre-order booking for the comeback showcase became available for fan club members.

Following the details of the released schedule, Kim unveiled the tracklist for his mini album, D-HOURS AM 7:03, on April 25. His comeback album boasts of five tracks for his fans to enjoy. Songs like “Bebe”, “Focus”, “Make Me So Crazy”, “Everyday” and “Idea” will surely get his fans grooving once released. 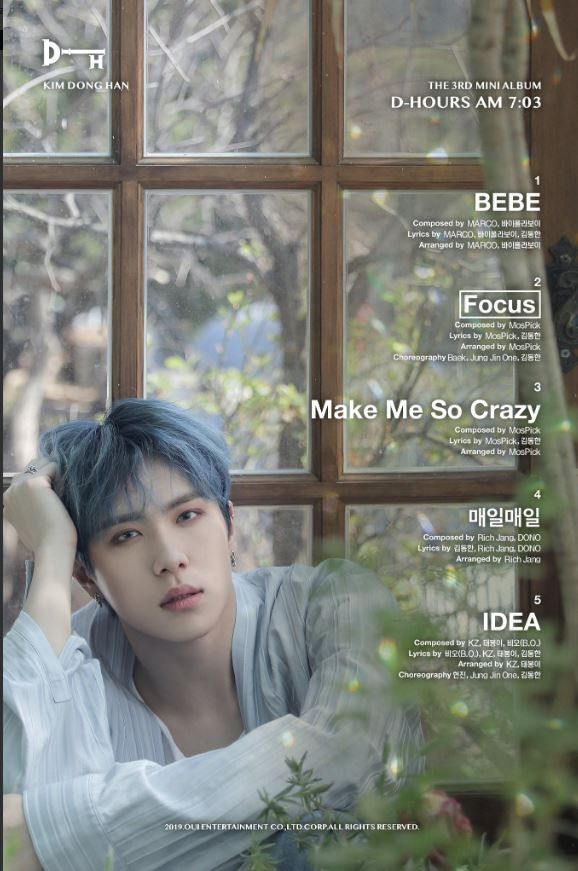 The first Teaser for D-HOURS AM 7:03 , is showing on April 26. Also on the same day, a Hyperlapse version will be released at 6:00 pm KST. Two hours later, the Showcase general booking will open.

Meanwhile, on April 29, there will be a Highlight medley of the tracks from the album. On April 30, the singer will release the 2nd teaser for D-HOURS AM 7:03. He will also take to V-Live to talk about his new mini album at 8:00 pm KST.

And finally, on May 1 at 6:00 pm KST, fans can enjoy Kim’s latest offering as D-HOURS AM 7:03 becomes available on various music platforms. The album package will include the cd, bookmark, photobook, and a poster.

Kim competed in the second season of Produce 101 before joining the boy band JBJ. In 2018, he made his solo debut via his first extended play D-Day in 2018. He followed it up with a second EP D-Night, later on in the same year.

Fans can check Kim’s official Twitter account for more updates. Keep these dates in mind as we all count down to D-HOURS AM 7:03.