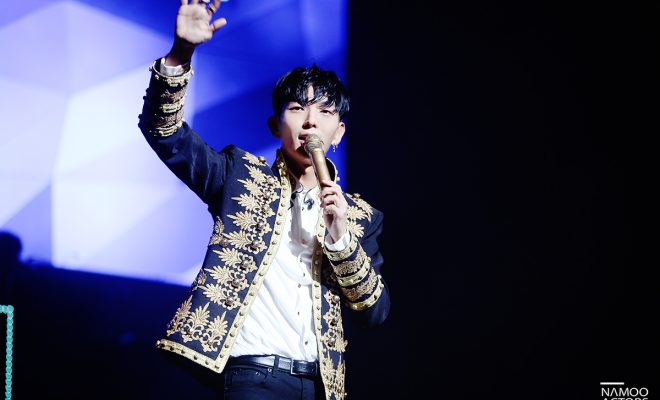 It’s sad but Lee Joon Gi’s tour will be over soon.

Actor Lee Joon Gi is set to wrap up his four-month long Asia tour in Seoul on April 15. The ‘Moon Lovers: Scarlet Heart Ryeo’ actor will hold a concert at the Olympic Park in Seoul, according to his agency Namoo Actors.

The actor began his Asia tour last December, and embarked on concerts in seven cities in five countries. Aside from South Korea, he visited countries like Japan and Taiwan.

“The Asia concert tour that began in Seoul last year will be wrapped up with another concert in the city,” the agency said. It also added that  the size of the upcoming concert will be larger than the previous one. Tickets will be available for sale on March 23 via Interpark’s website.

The tour was held for Lee to extend his gratitude for the love he received both in South Korea and overseas. “The fan support that Lee Joon-gi received from domestic and foreign fans is incredible. His fan base has grown across all age groups, and he even has a strong male fan base. He wishes to thank everyone for supporting him, and he is extremely grateful,” said a representative from his agency.

Hellokpop, as an independent Korean entertainment news website (without influence from any agency or corporation), we need your support! If you have enjoyed our work, consider to support us with a one-time or recurring donation from as low as US$5 to keep our site going! Donate securely below via Stripe, Paypal, Apple Pay or Google Wallet.
251
SHARES
FacebookTwitter
SubscribeGoogleWhatsappPinterestDiggRedditStumbleuponVkWeiboPocketTumblrMailMeneameOdnoklassniki
Related ItemsLee Joon GiMoon Lovers: Scarlet Heart RyeoNamoo Actors
← Previous Story JYJ’s Jaejoong’s ‘No.X’ Named Favorite K-Pop Album Of 2016 In China
Next Story → GOT7 Slays Global Music Charts With New Album + To Hold ‘THE FLIGHT LOG’ Exhibition