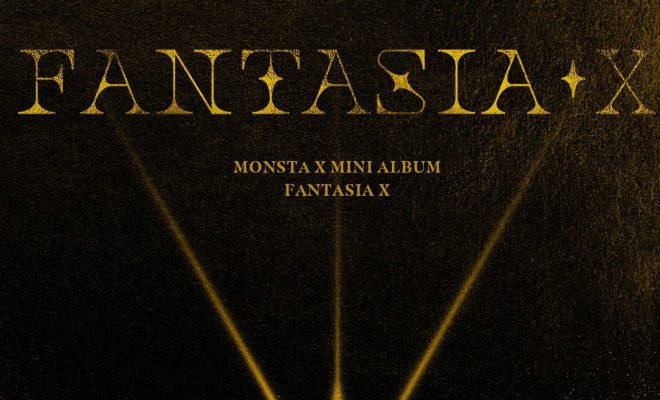 MONSTA X puts the spotlight on the seven new songs showing their golden talents for their exciting return!

As they edge closer to their comeback this May 11, MONSTA X made the grand reveal of their loaded tracklist for FANTASIA X on April 27. 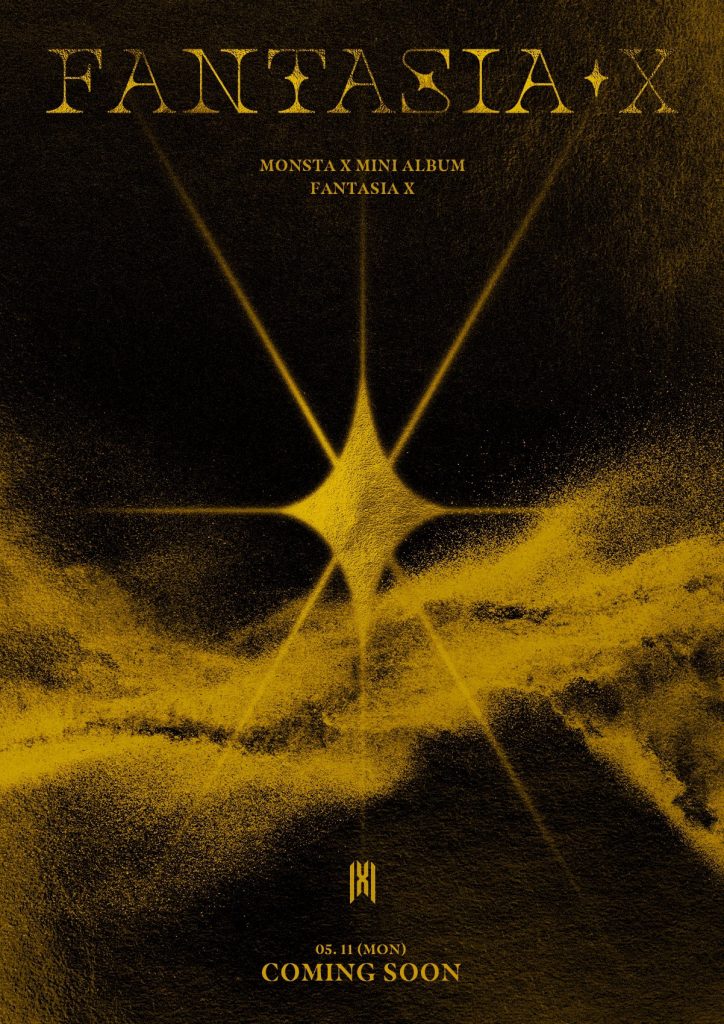 Composed of seven stunning songs, the group’s upcoming mini-album FANTASIA X is set to deliver tons of amazing hits once more. As previously teased in their concept trailers, the titles for some of its tracks are “Flow”, “Zone”, “Chaotic”, “Beautiful Night”, and “It Ain’t Over”.

Two other songs, whose titles weren’t the same as the names of the individual clips revealed for each of MONSTA X’s members, are “Fantasia” and “Stand Up”.

As usual, the group’s rappers Joohoney and I.M had personally participated in writing the lyrics to all of the seven tracks from the mini-album. Joohoney also co-composed the songs “Flow” and “Stand Up”, while I.M co-composed and co-arranged “Zone” with Yoonseok and Wooki. 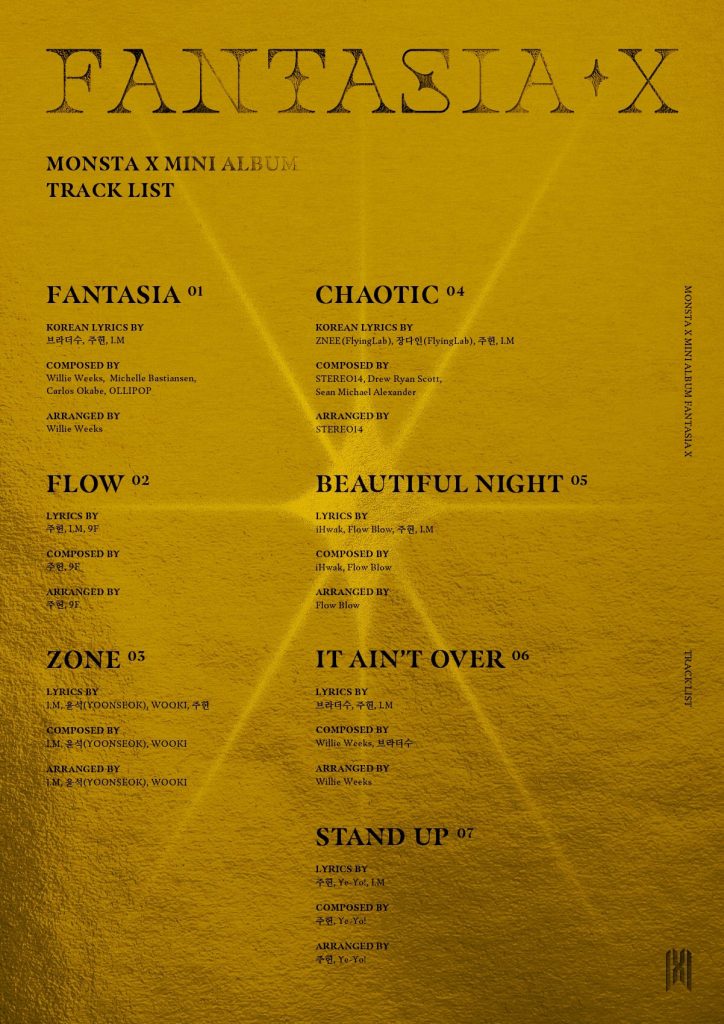 Previously, the group amplified excitement for their comeback with a sequence of concept trailer releases. Shining solo spotlights on each member, the short black-and-white videos gave fans an adrenaline rush as it showed glimpses of the storyline to be featured in MONSTA X’s comeback music video.

Marking the group’s eighth mini-album, FANTASIA X comes after the release of Follow: Find You in October 2019, which was led by the track “Follow”.

Delivering new personal bests for the group and landing at the top of domestic and international music charts upon its release, its success brings more attention to what kind of music and performances the group will show this time around.