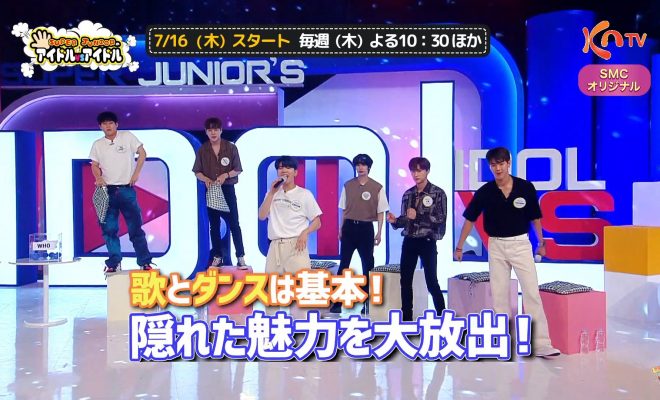 This MONSTA X and Super Junior interaction is exactly what our hearts needed!

MONSTA X will be the first guests in Super Junior’s Leeteuk and Yesung’s variety show IDOL VS. IDOL for the Japanese channel KNTV! 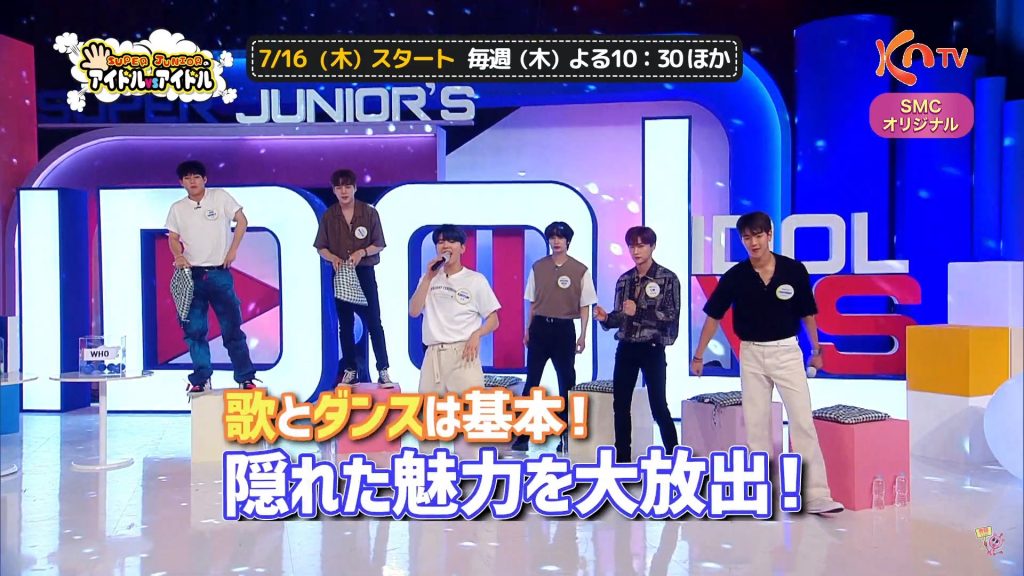 The boy group will have the honour of starring in the first episode of the two Super Junior members’ newest program where they will be proving their rise as one of the most entertaining idols in the variety show scene!

Titled IDOL VS. IDOL, the new show hosted by Super Junior’s Leeteuk and Yesung is premiering on the Japanese channel KNTV.

Its first episode starring MONSTA X will broadcast on July 16 at 10:30 PM KST. As an added treat, the group will also be appearing on the July 23, 30 and August 6 episodes of the show.

During its released preview, the group was shown playing numerous games such as arcade basketball, a quiz competition, and a sing-off. They also held a performance of their newest song “FANTASIA”, and Joohoney also enchanted the audiences with his aegyo.

“KNTV fans, We’re MONSTA X. We are honored to be first guest at Super Junior’s IDOL VS. IDOL. Thank you! We’ll have fun and do the mission together, so please check it out and look forward to it!” the group greeted in another video for the program as well.

Watch the episode preview for MONSTA X’s guest appearance on IDOL VS. IDOL below:

28
SHARES
FacebookTwitter
SubscribeGoogleWhatsappPinterestDiggRedditStumbleuponVkWeiboPocketTumblrMailMeneameOdnoklassniki
Hellokpop, as an independent Korean entertainment news website (without influence from any agency or corporation), we need your support! If you have enjoyed our work, consider to support us with a one-time or recurring donation from as low as US$5 to keep our site going! Donate securely below via Stripe, Paypal, Apple Pay or Google Wallet.
Related ItemsIDOL VS. IDOLLeeteukmonsta xSuper JuniorYesung
← Previous Story CIX Plays A Song Of Victory In OST For Webtoon “God Of High School” Titled “WIN”
Next Story → EXO-SC, Red Velvet, LeeHi & More To Perform At “Cass Blue Playground Connect 2.0” Online Concert