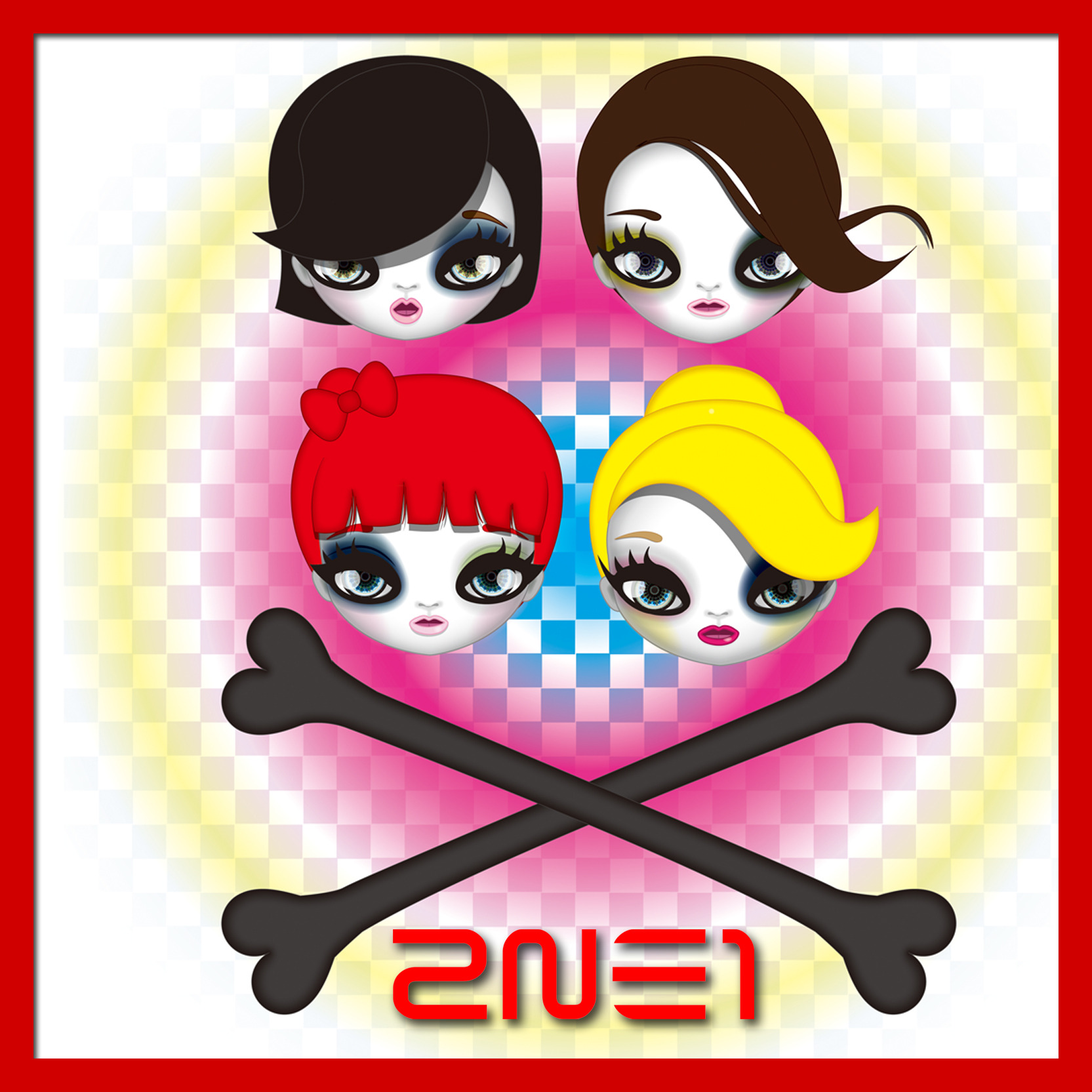 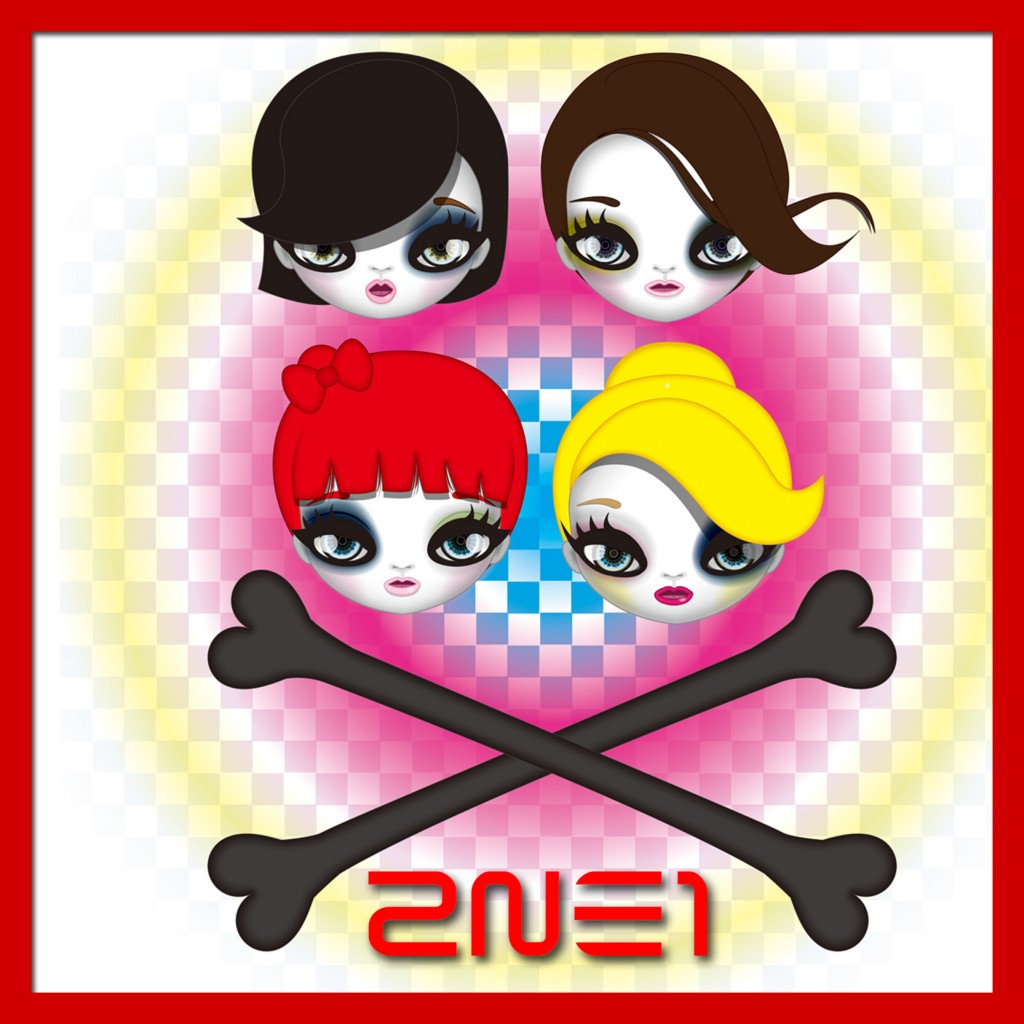 I really liked the way that YG Entertainment marketed 2NE1‘s new release. Releasing almost every song on the EP one by one in the months leading up to the album proper, music videos and all? Call it a marketing ploy if you want, but in a time when hardly any artist even promotes a followup single to their big release, YG’s approach to “promoting” almost the entirety of the rather frankly titled 2NE1 2nd Mini Album was refreshing. (“Almost”, because one track out of six–the Philippines-released Don’t Stop The Music–is not promoted. Yet.) Let’s go back a couple months and retrace the chronology.

April saw the launch of the 2nd Mini Album project, as Don’t Cry, a Park Bom solo track, was released as a digital single. Frankly, the track was (and is) less than impressive: the electropop ballad felt like a shadow of 2009′s You And I, partly due to atmosphere but also because of Park Bom’s performance. It’s been said time and again: she’s a good vocalist, possessing a really unique tone and solid technique, but she’s more or less locked into a specific style. Bom didn’t help turn that opinion of herself in Don’t Cry. To be fair, the track’s uninspired composition and monotonous structure didn’t do any favors for the artist, either.

In May, Lonely hit the proverbial store shelves online. Now we were getting somewhere. Acoustic ballad was a nice change of pace for 2NE1′s usual supercharged electronica, and in Lonely we had a sublime piece on its own. The track unfolds effortlessly, featuring a tastefully restrained, melancholy melody accompanied by a gorgeous mix of acoustic, bass, and violin and completed with subtle touches of sophistication. But surprisingly, what makes this song are the head-turning vocal performances. CL, comfortable in her new role as sub-vocal, steals the show with a seasoned performance, and is aided by Gong Minzy‘s surprisingly mature soliloquy. Although outshone by these two and Bom, Sandara Park is far from being a weak link, her noticeably lighter voice doing a nice job of balancing the track. The well-done music video was icing on the cake.

A month later, YG gave 내가 제일 잘 나가 (I Am The Best) promotional billing. In-house composer and 1TYM member Teddy, who wrote and composed all but one song on the EP, is getting better and better about handling this whole electronica thing, and that showed in I Am The Best‘s instrumentation. A dense, provocative synth beat enters with a bang and thunders along, and bucking an unfortunate Teddy habit, the melody does NOT fall apart in the chorus this time. (If you remember the disaster that was Se7en‘s Better Together, you know this is a huge improvement for Teddy.) The thing is, that melody wasn’t really all that engaging to begin with. Save for a touch of the exotic found in the final minute, most of the track is carried solely by the strong performances. (CL again impressed the most, back in her rapper role.) On the plus side, it’s not a boring track, as the swag lyrics are fun and there’s enough ear candy to last a couple Halloweens.

July came, and we were in the home stretch; the final pre-release single Hate You dropped two weeks before the EP proper. The track borrows heavily from house electronica, but the bouncing bass and ambient synthesizer actually accompany a distinctly pop-ish melody. Drumwork is intricate and satisfyingly punchy, and aids the melody’s speedy progression.

And finally, we have 2NE1 2nd Mini Album. Long story short: its (nominal) title single, UGLY, is worth the wait. It’s clearly one of 2NE1′s finest works to date, and may well be their magnum opus. The track has hints of electronica and acoustic, and shares Lonely‘s atmosphere, but also incorporates rock heavily in the chorus. Oh, that chorus: it’s one of the best I’ve heard so far this year, building from the verses to explode in an anthem of both energy and anguish. UGLY is clearly written to have an innate contrast, between the cathartic freedom of the powerful, singalong chorus and the song’s tortured message, even in that same chorus (“I think I’m ugly // And nobody wants to love me // Just like her I wanna be pretty // I wanna be pretty // Don’t lie to my face, tellin’ me I’m pretty”). Interestingly, the track goes against expectations when it doesn’t “resolve” that contrast; the narrator doesn’t change her mind, even at the end. No salvation found, no argument offered to Sandara’s “I’m always all alone // There is no warmth // There’s no one to hold me warmly”. The track simply ends with an almost naively energetic repetition of that chorus. There’s plenty of room for interpretation here, but the point is that UGLY offers a message that invites thought and interpretation in the first place. That’s rare in today’s idol music, and the track benefits handsomely from it.

Granted, the album’s prospects looked nigh schizophrenic at some points of all this promotion. But the final product turned out all right, and that’s what matters. That’s an achievement on its own, but 2NE1 2nd Mini Album‘s greatest success comes in finally, finally giving this group an identity. Fire and I Don’t Care, 2NE1′s first two singles, showed us what they do well; almost everything they’ve released since has fit into one of those molds, with varying results. 2nd Mini Album adds a new dimension. I honestly can’t see any other idol group doing Lonely or UGLY, and that’s a testament to 2NE1′s personality, not a slam on anybody else. Fierce, yet also vulnerable; chic, yet with deep complexities. They pull off this color too well–to the point where I wish they had distilled the EP more and replaced tracks like the monotonous Don’t Cry and the stale, formulaic Don’t Stop The Music with something else.

2NE1′s rediscovery is doubly welcome, because its members are only growing more talented; after YG’s publicity debacles, the company has left the girls be, and the results are good. As of this EP, CL is at the top of her game, and Minzy is only beginning to tap into a tremendous pool of potential. Sandara and Bom are very effective in their specialized roles. This group has a serious prospect to last for a long, long time, and if they learn to become more autonomous as they follow the path of this EP, they will be electrifying to listen to.

The three additional music videos associated with this EP:
I Am The Best
Hate You
Don’t Cry