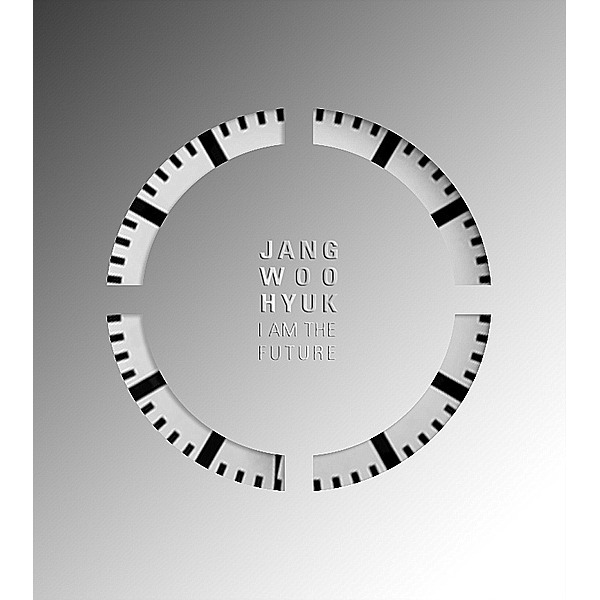 Album Review: Jang Woo-hyuk – I Am The Future

I thought that Jang Woo-Hyuk‘s dancing prowess would be at least a little reduced after five years of hiatus–especially after spending two of those years in public-interest service to fulfill military service requirements. I’ll be the first to admit that I underestimated the man. Even after the glory days of H.O.T., Jang led Korea’s trends in choreography: he was the among the first mainstream artists to introduce popping back in No More Drama, and brought us Michael Jackson-inspired “magic dances” in My Way. But his importing of finger-tutting was the last thing I expected this time around, and Jang’s choreography being as clean and innovative as they were a decade ago was the second-to-last thing. If his music followed suit to his moves, this review should be all bright and rosy, and we should be in for a good time. Should be.

At the very least, I Am The Future, Jang’s third solo release and first EP, clearly knows how to follow trends. The EP’s selection of club tunes are unrelenting in its barrage of heavy synth, reverberating bass, and dense sound engineering. That much is clear just from the intro: Minimalism is 69 seconds of heavily autotuned vocalization atop a suppressed, chic electro beat. (Try to figure out what that voice is saying, by the way: it’s in English, but it can be a challenge.) Disappointingly, though, I Am The Future borrows a bit too heavily from other works in its attempt to keep up with the times. It’s probably a reasonable venture to say that tracks I Am The Future and 주말밤 (Weekend Night) are inspired by Far East Movement (in particular, Like a G6) and Pitbull, respectively; while things are bound to sound similar especially in dance music, these are a little too reminiscent of other works. Not a good first impression.

If you will excuse the digression, this is perplexing. Perplexing given the fact that Jang has dealt with this kind of allegation before. If you remember back to 2005, No More Drama featured a pair of tracks that were noticeably similar to American songs: one of them, Scream, was an acknowledged, legal remake of MC Hammer‘s Too Legit To Quit, and so there were no problems there. The other, 지지 않는 태양 (The Sun That Never Sets), was the issue. The lead title to No More Drama featured a hook nearly identical to that of The Black Eyed Peas‘ Let’s Get Retarded, but no credit in any form was given to the Peas. The issue was never addressed by Jang himself, and there were no legal complications, so the controversy was forgotten. But regardless of whether the tracks here are influenced by other songs, it appears odd that Jang chose to risk another controversy in his career by including them.

Back to talking about the album. The similarities this time around are ignorable–after all, it’s not entirely out of the question that these tracks just happen to share one too many characteristics with each other. At any rate, Shinsadong Horangi and the rest of the production crew has done an admirable job of engineering the sounds for this EP; given Jang Woo-Hyuk’s former focus on more analog-feel dance music, this is a remarkably polished effort in a very different genre. Consider style points duly awarded.

I Am The Future still lacks substance, though, and that’s the larger problem that this EP has. Yes, it’s got the sleek vibe and bounty of sounds. But it lacks the explosiveness, the impact, and the engaging melodies that made Jang’s music such a pleasure to listen to. In the track I Am The Future, Jang’s rapping and hook are lost in the autotune and pulsating bass. The chorus sounds weak and hollow. Weekend Night is passable as a club tune, but it’s desperately in need of a personality: the trance-like beat shines at times, but is ultimately sterile and forgettable. Matters do improve somewhat in [W] Time, largely thanks to the varied, nuanced pacing, but it’s not enough to keep the track from succumbing to the same kinds of ills.

The saving grace here is the lead title. 시간이 멈춘 날 Time Is [L]Over (The Day That Time Stopped, Time Is [L]Over; referred to simply as Time Is Over for convenience) demonstrates the right way to pull this style off: a brisk refrain, palatable melody, tastefully restrained instrumentation, and vocals-first presentation set it apart from the rest of the EP. A powerful drum track gives the song a nice sense of velocity, and thoughtful touches, like the punctuated guitar accompaniment and the subtle clock-ticking that opens and closes the track, are gravy. We’ve got a blueprint for how this EP could have been put together; it’s regretful that we don’t get four or five tracks like this instead.

Ultimately, I Am The Future is a very weak effort. Even Time Is Over doesn’t fully replicate the intangibles that Jang Woo-Hyuk’s music used to have. The swag of The Sun That Never Sets is lost, and the addictiveness and creativity in One Way and Mr. Jackson are nowhere to be found. Even though the EP is full of club tunes, not a single one has the seductiveness or sheer enjoyability of Flip Reverse, F.A.S.T. Love, or Shake It Shake It. It’s a cliched mistake, but it appears that, in the pursuit of the new and the trendy, Jang has lost what defined his music. Style for substance is a trade that you don’t want to make, and there are definitely ways to make this genre work without making that trade. If Jang Woo-Hyuk wants his music to stay at the caliber of his dance, he’s got his work cut out for him.