Carving a maelstrom of thrilling chapters, Arthdal Chronicles marks a drama spectacle that would still be remarkable even if you watch it 10 years after.

Narrated in three parts, Arthdal Chronicles notched an enigmatic blend of heroic stories highlighting victories of its lead characters in their personal battles. 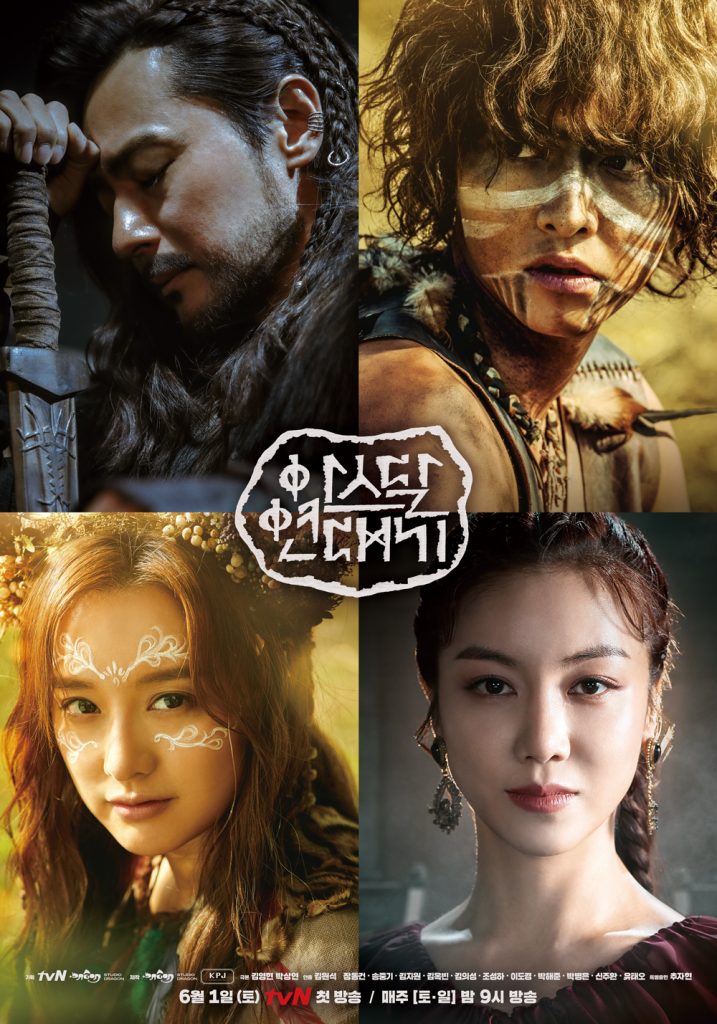 Establishing a fictional world with set rules, the inventive picture of the series precedes its hype. Thus, extending its story to more seasons is such a viable option. Overwhelming with its scenic setting, warring clans, and a prophecy connecting the main characters of the story, the series gravitates its followers to seek more of what it can offer.

Divided in three parts, Arthdal Chronicles trudges on the story set in the land of Arth, a civilization set in the backdrop of Bronze Age. Forged by tribes, the kingdom is reigned by leaders of tribes, who mutually detest each other in secret. When the kingdom’s elite army brought in an isolated tribe, a tribal dispute eventually broke out as the leaders contend to achieve the kingdom’s highest power. 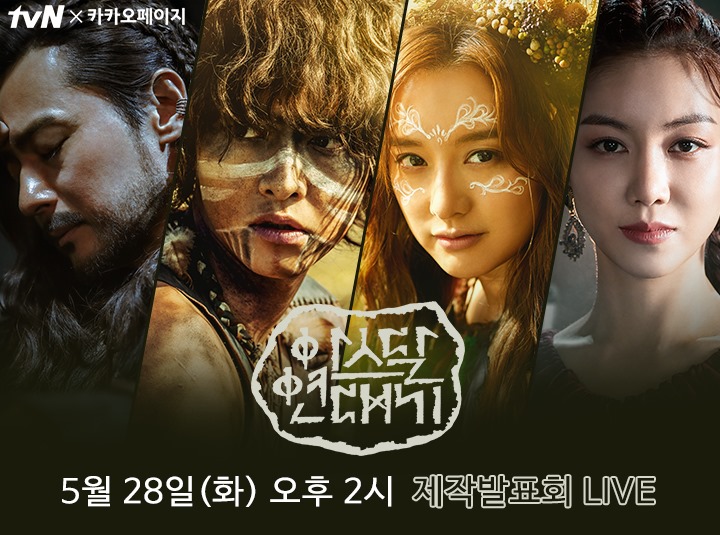 I did expect a lot on Arthdal Chronicles. Considering its cast and showrunners, it was given to believe strongly. Laying out the character details and back stories, the first arc tightly limned the interesting connections that would decide the fates of the heroes and villains.

As what deemed normal for stories taking the premise of power struggle, the show highlighted the focus on how the players outwitted each other. A feat, that was interestingly maneuvered by the lead characters in different motivations, hindered by varied weaknesses.

Albeit its big cast, the writer paid attention to a simple storytelling in the elaborated world conceived. Glimpses of Arthdal culture and their beliefs in transcendental beings and divination were highlighted. It is a whole new world to traverse, and one that also tugs heart because of disheartening scenes brought upon by human’s greed.

Sharing the pure-hearted goal to live with what nature provides, the Wahan tribe and Neanthals survive their days creating their own happiness. In contrast, the human tribes pursue advancement and convenience in their way of life. Most of the time, at the expense of causing death or harm to fellow beings.

This aspect of the series has provided the main sentiments and soul of its whole picture. How varying meaning of contentment spur indifference among people. 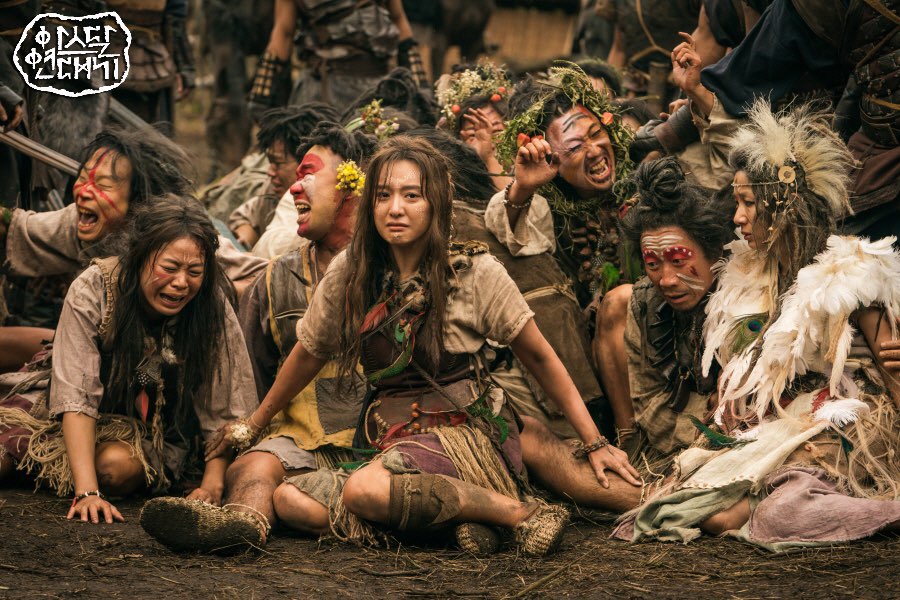 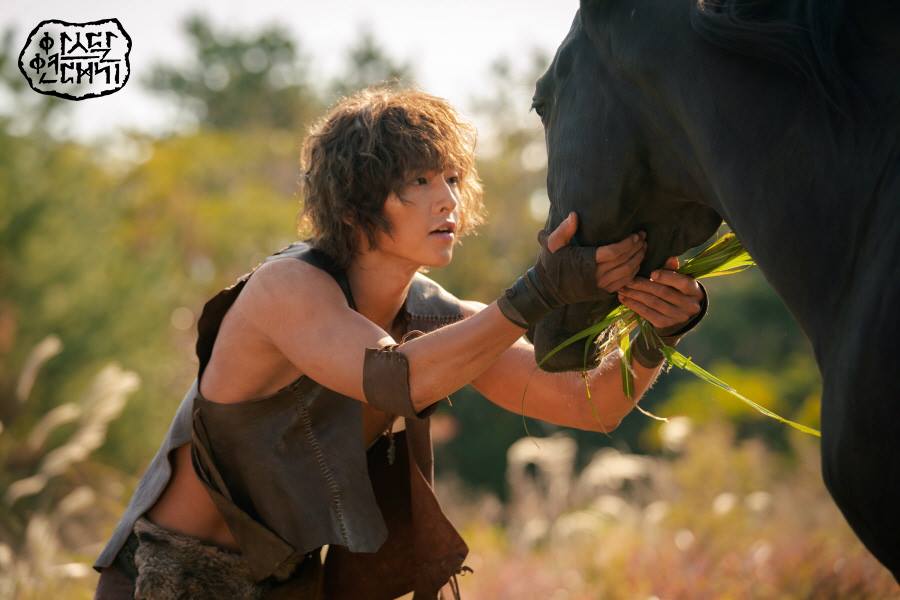 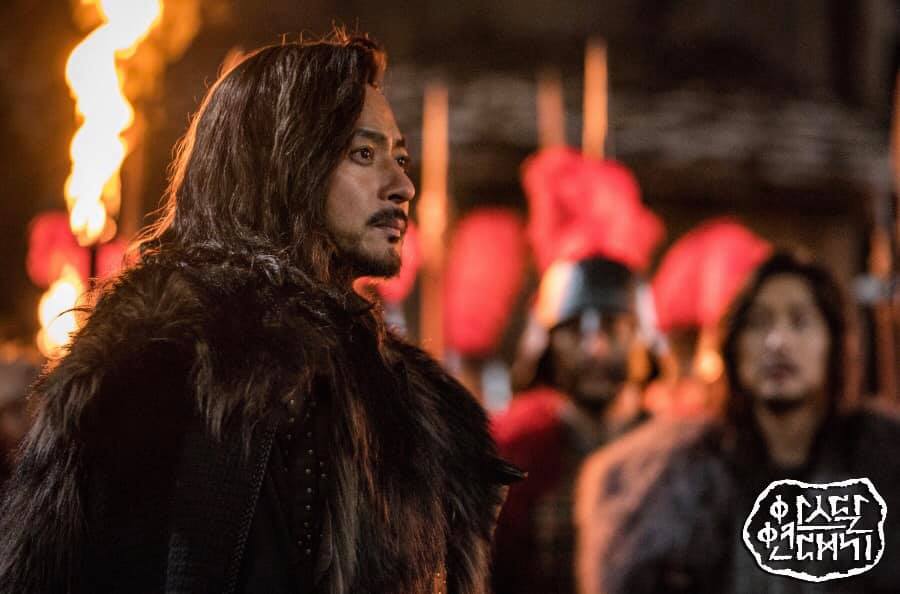 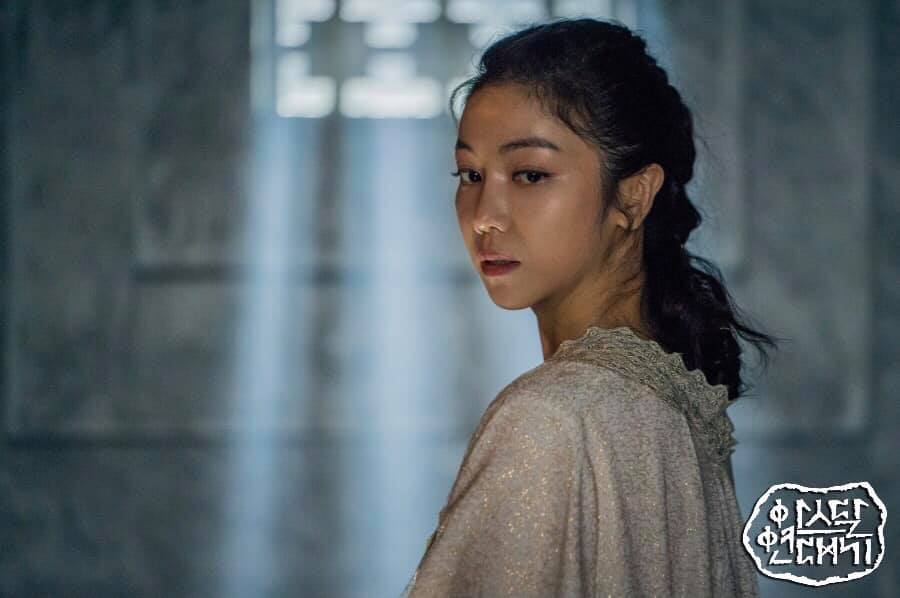 Moments when tears escaping from my eyes were but normal, especially in scenes of oppression and unimaginable wickedness. My heart ached a lot for Wahan tribe – for Tanya, Eunseom and Saya. Their intertwining lives along with their pains, has had me questioned the Arthdal gods. As protagonists struggling to escape their misfortunes, they sure had whetted viewers attention with remarkable emotions.

Incidentally, I developed animosity towards Tagon and Taealha. Despite them having their own scars, their motivations to keep a world that would bow down on their knees is disheartening. Because of the heartbreaking reality to achieve it. Nevertheless, a tiny part of myself wants to believe they will redeem themselves still.

Coming from an uncluttered overview of the people who would move in the story, the second quarter of Arthdal Chronicles inclined more on its core conflict. A logical shift to its paradigm as it heads to the climactic point of the narrative.

Director Kim Won Seok skillfully captured the essence of every character in his masterpiece. Harmonizing them to the buildup of the story, it’s impossible to find something to nitpick on it. His gift in layering sensible depth to the characters is noteworthy.

Through the experiences of writers Kim Young Hyun and Park Sang Hyun, the grand and majestic scale of the drama felt realistic. It makes you really believe that such civilization might have existed. The thriving flow of the story refuses to flounder. It just keeps on progressing to an excitement level that drew collective encouragement from the viewers. Hence, their fictional concoction is deemed successful. 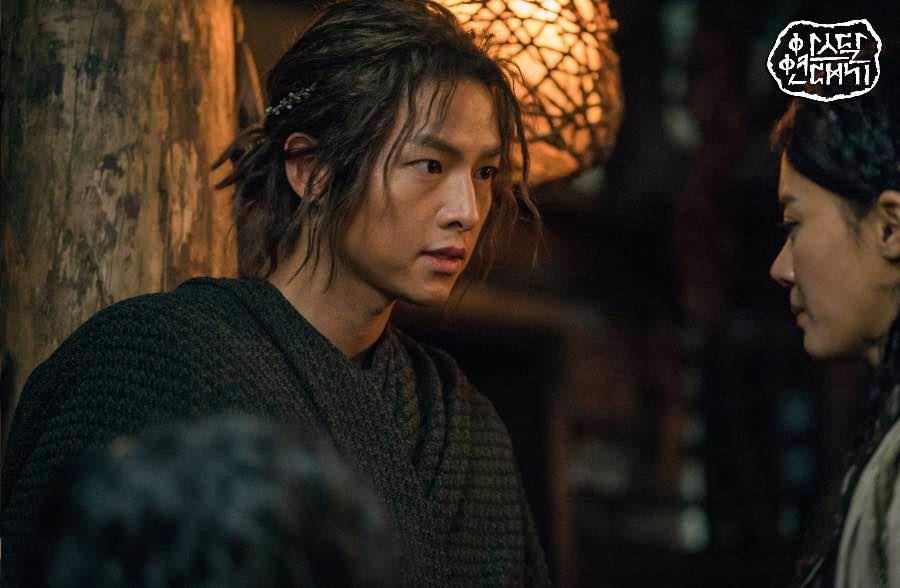 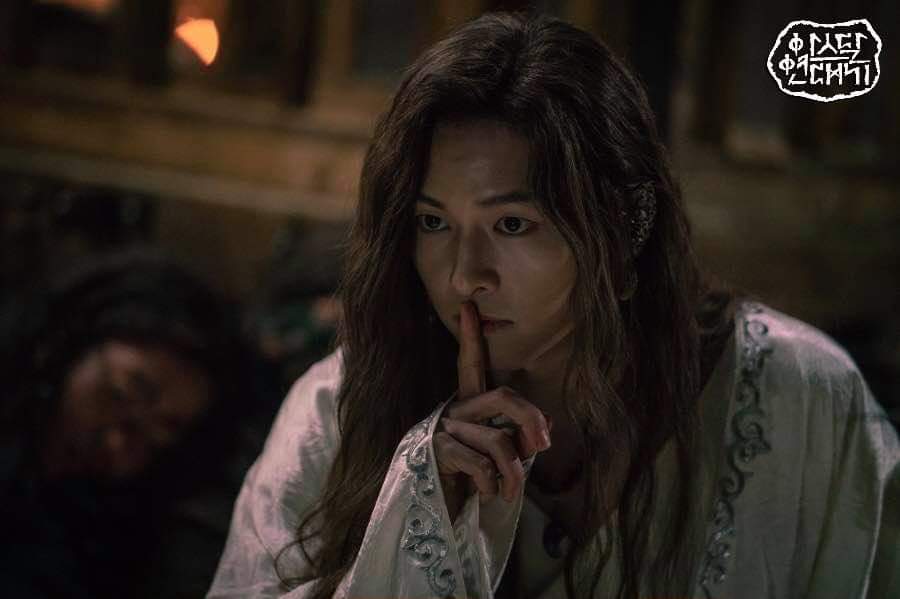 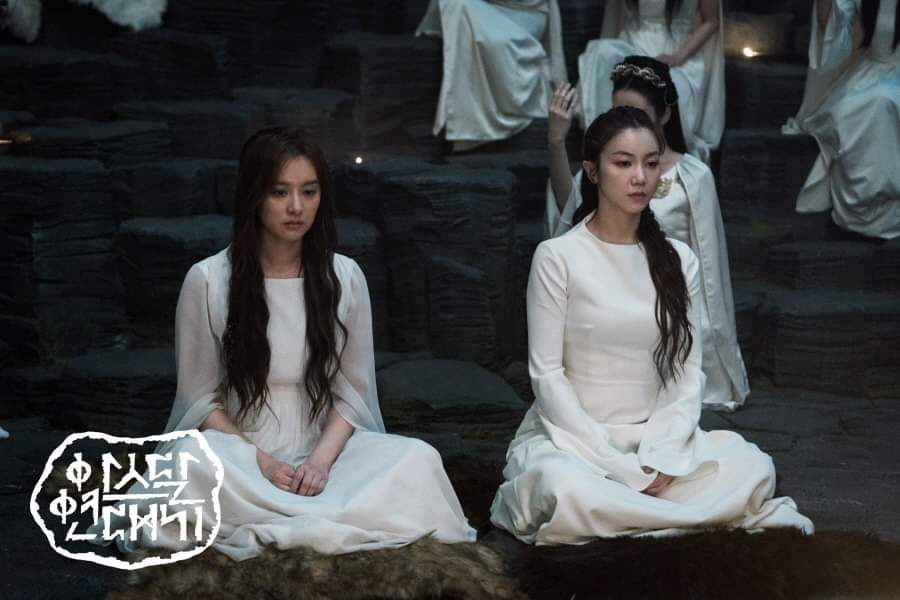 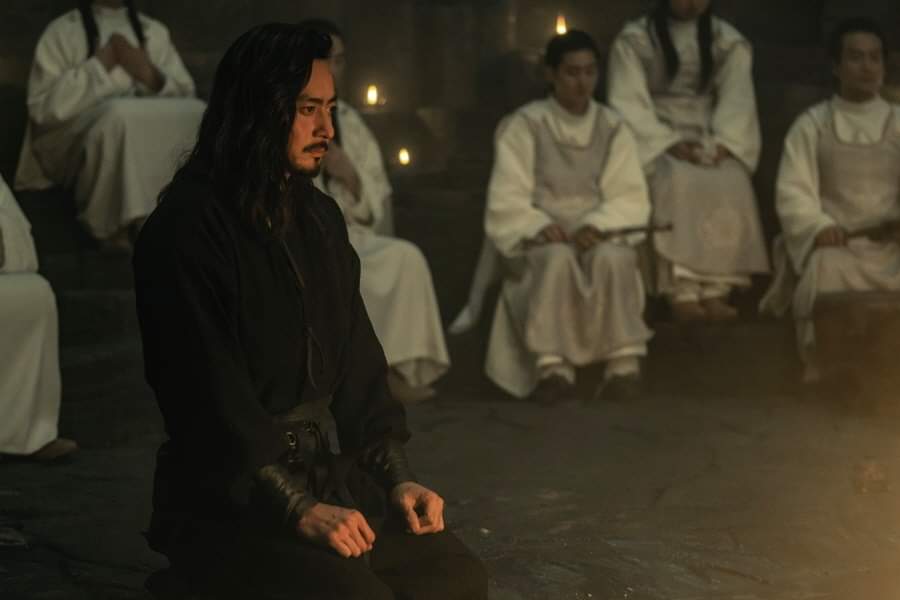 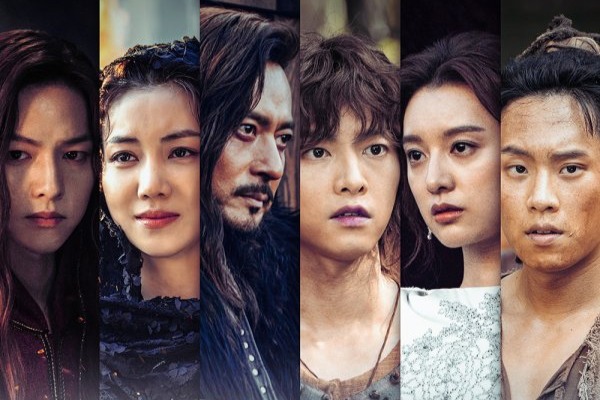 Placing the culminating chapter on a break after such a strong momentum, I admit dragging the days to witness the redeeming moments of the interestingly conceived characters.

Tanya assumed the role of the highest priestess in Arthdal Union while Eunseom emerged as a hero of Ago tribe. For the two who had learned how the greed for power would hold such importance for other people, they journeyed to a path full of betrayals. However, keeping their core goodness intact, they could only rely on the faith they have towards each other.

With Taealha’s father’s demise, her relationship and trust on Tagon took a different route. Determined to be the ruler of them all, Tagon waged war to the opposing people of the mountains – the Ago tribe when he was finally crowned as the King of the nation uniting the remnants of the tribes of Arthdal union. 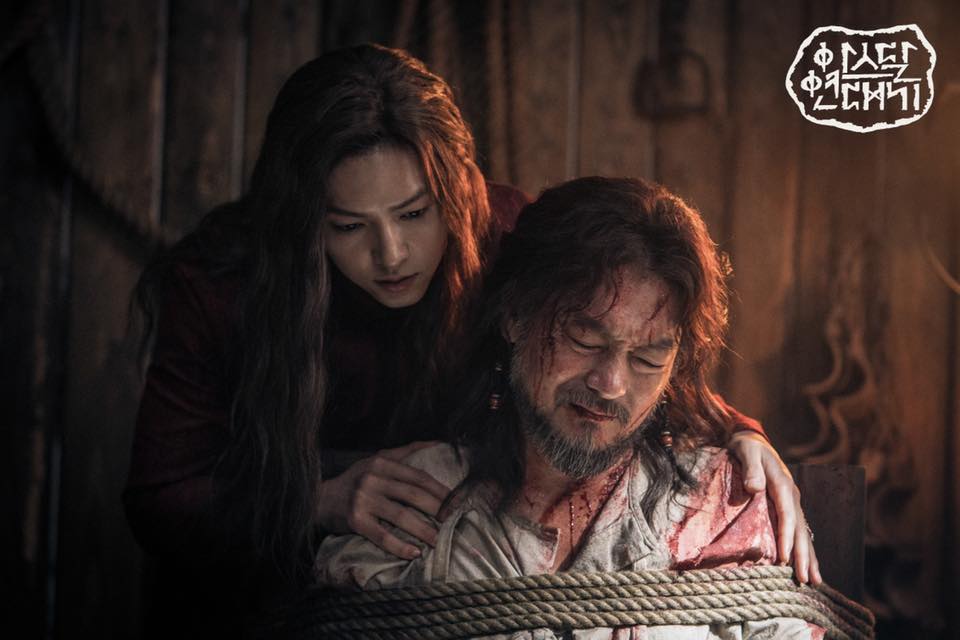 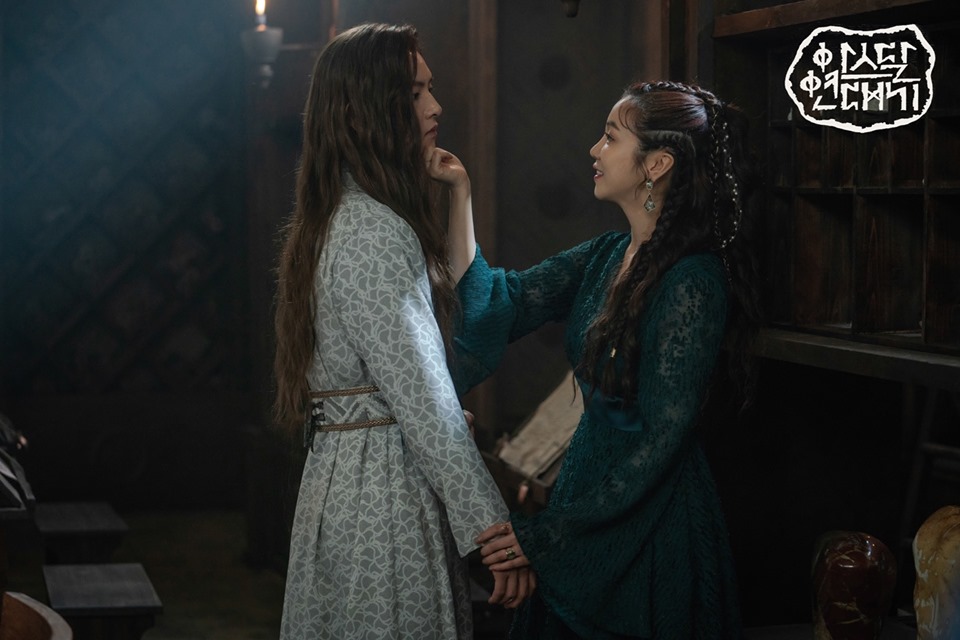 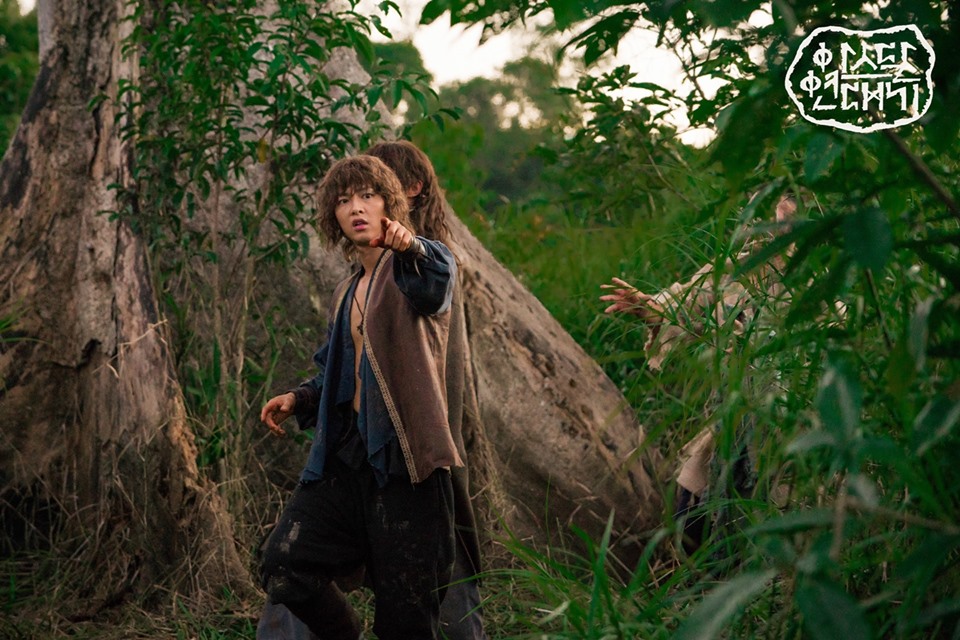 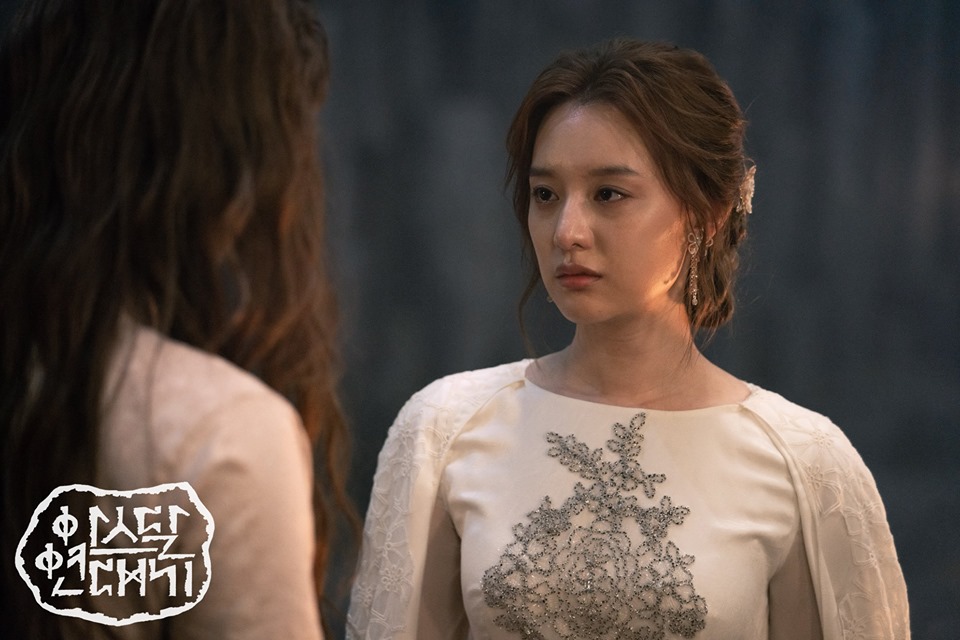 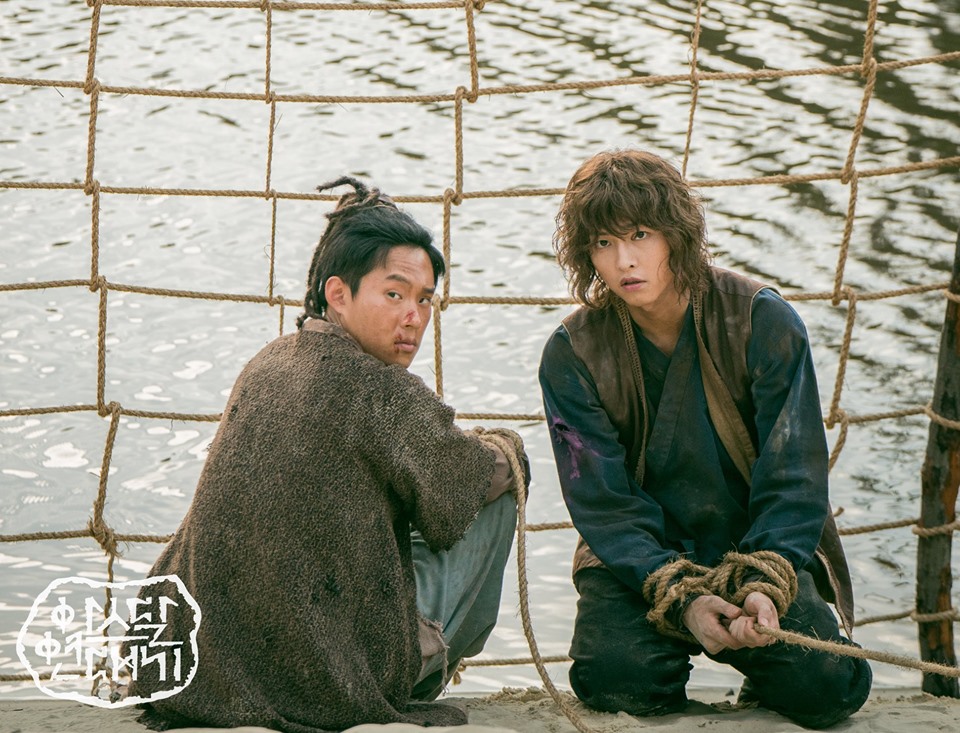 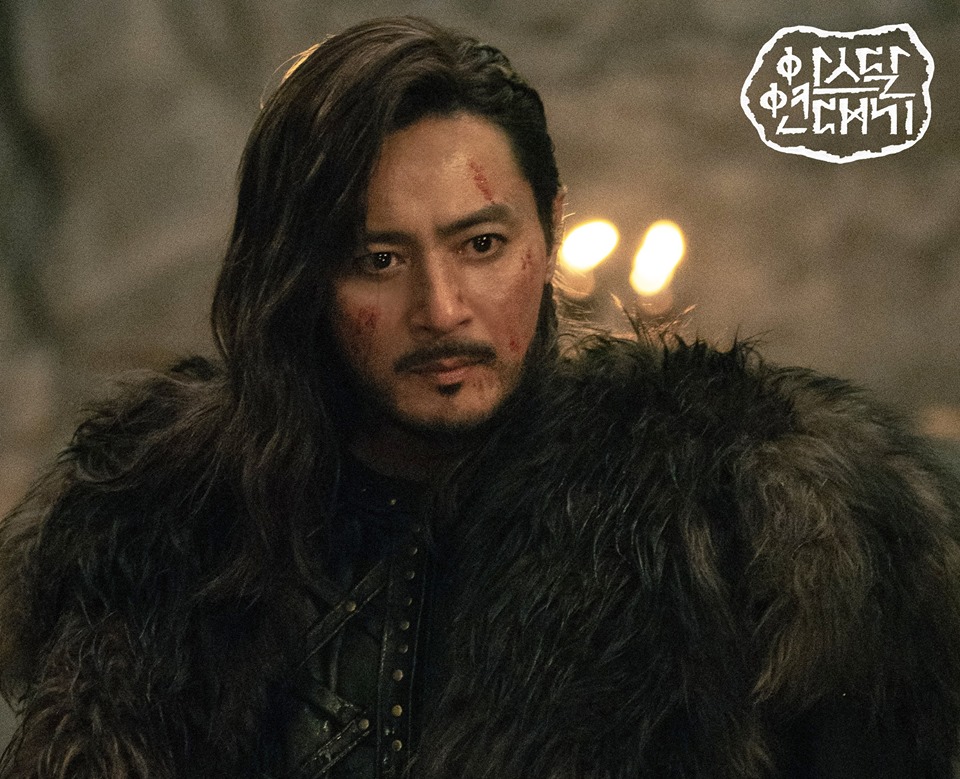 Looking back, the journeys of the main characters in Arthdal Chronicles led to its piercing effect in the hearts of its viewers. An indelible imprint was left by Eunseom, Tanya, Tagon, Taealha and Saya, credited to the imaginatively conceived world of achieving power and protecting people.

Tanya and Eun Seom’s relationship had seen them at their best, worst and everything in between. They gave an inspiration to see through life without destroying it.

Flawless in their performances, Jang Dong Gun and Kim Ok Bin carried the stability of the story. Admittedly, their experience assured the blending of their portrayals to their junior actors Song Joong Ki and Kim Ji Won in equilibrium.

Personally, I can mostly relate to these two emotionally battered lovers. Since, their evil tendencies were backed up by the sad stories of their experiences growing up because of their fathers.

The complexity of their characters made me in constant love-and-hate relationship with them.

Scouring down K-Drama history, the imaginative tvN series does not have a relative drama to remotely connect to. Probably because of the fusion of epic and fantasy elements as opposed to the usual folklore and supernatural mixture typical in K-Drama stories.

Hence, the hard work to present even the minute details of the different tribes – its way of living was truly commendable. From the wardrobe and accessories to the production design, viewers could see how the creative team poured a huge amount of effort to depict the story.

Arthdal Chronicles is one narrative that can go further as far as more seasons because of how limitless its set world can branch out to other possibilities.

My biggest takeaway from watching Arthdal Chronicles reflected me to the disheartening rule of how the weak suffer the most against those who mercilessly wield their power.

Wahan tribe for me represented the time when humans were unadulteratedly pure to see the meaning of life in the simplest thing that can make them happy.

A few moments in the series has had my tears flow genuinely because of the agonizing pictures providing a glimpse on human atrocities. At the same time, the hope spring eternal moments warmed my heart with its promising optimism.

The Beginning of an End

If Tagon’s declaration of seizing Ago tribe is not a hint of a possible continuation of the series, then I would really be sad. Like how the hobbits return to Shire, I want the Wahans to go back to Iark. Also, I want Tagon and Taealha to realize the concept of minimalist dreams.

Lastly, I want Saya and Eunseom to meet just as I want Tanya to reunite with Eunseom.

Giving me the knot to tie the loose end as an audience certainly made me really hope to see the beautiful world of Arth again. I’m not against how the main characters got their closure, but it certainly did not seem to seal their redemption completely.

Otherworldly gorgeous, Arthdal Chronicles has had me upended in formulating my thoughts about it. That is because it is one of those K-Dramas that will not lose its pragmatic value even after years passed by. I want to make sure that my review would invite viewers to see it.

It might even be hard to create another work that can be compared to it. Hence, proving how dramas that are capable should be daring to explore and challenge the extent of the set fictional world.

Still a masterpiece, Arthdal Chronicles should be included in your 2019 must-watch K-Drama bucket list.

Arthdal Chronicles is streamed on Netflix.