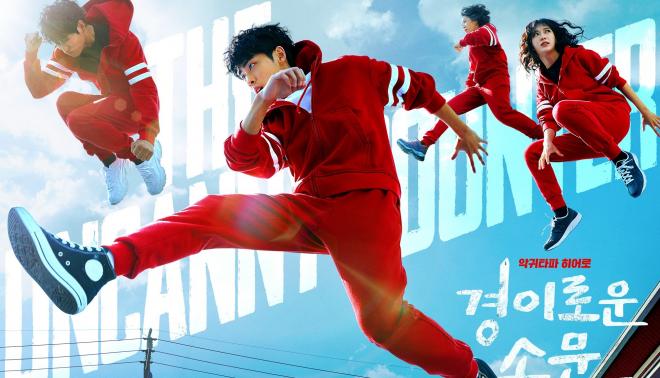 It was a wonderful ride for the cast of The Uncanny Counter as the series ended on an impressive note!

Summoning wicked spirits back to the spiritual realm is not an easy task. But thanks to the reliable team of Counters, So Moon bravely comes toe to toe with demons so his parents’ souls could rest eternally in peace. 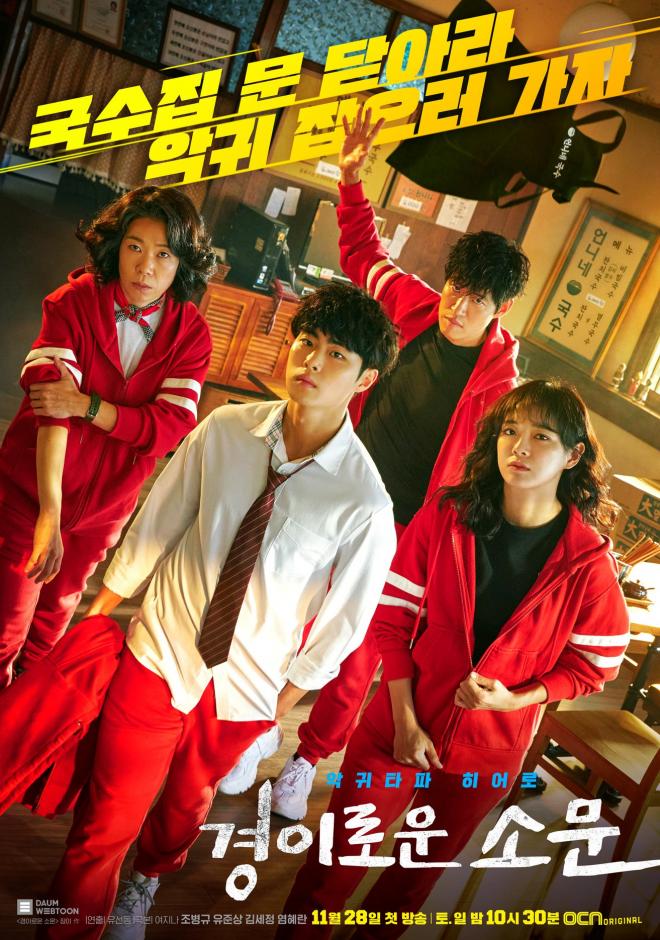 The Uncanny Counter presented concocted themes that have uniquely blended well in a single narrative. As much as the otherworldly thrill and the unexpected turn of events engrossed fans, issues relating to family, friendship and social classes provided balance to make the story relevant and realistic.  It’s no surprise that the series surged as a weekend favorite watch throughout its run.

The story flashes back seven years ago when the 11-year-old So Moon (Jo Byeong Gyu) gets into a fatal car accident that killed both his parents. The boy survives the tragedy with permanently injured lower limbs.

That same night, under a heavy downpour, Ga Mo Tak (Yoo Joon Sang) runs for his life. Several armed assailants are out to kill him. In an attempt to escape his enemies, he falls from a building rooftop and ends in a state of coma. 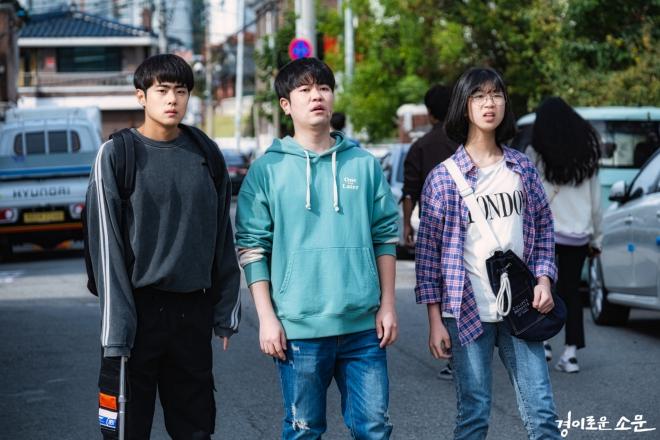 Fast forward to the present, So Moon is now an 18-year high school student who aspires to be a comic book writer. Despite being physically challenged, he grew up with a cheerful upbringing due to his caring grandfather and mentally ill grandmother. Although an outcast at school, he has two close friends to spend most of his free time with.

One of his friends, however, gets bullied by some students who are children of powerful figures. As he can’t stand violence and inequality, So Moon courageously defends his friend against the bullies but ends up enduring their brutal retaliation.

In an unimaginable twist of fate, So Moon becomes impossibly strong when a spirit takes over his body. The soul happens to belong to “Counter” (demon-hunter) who unfortunately died in the hands of an evil spirit. 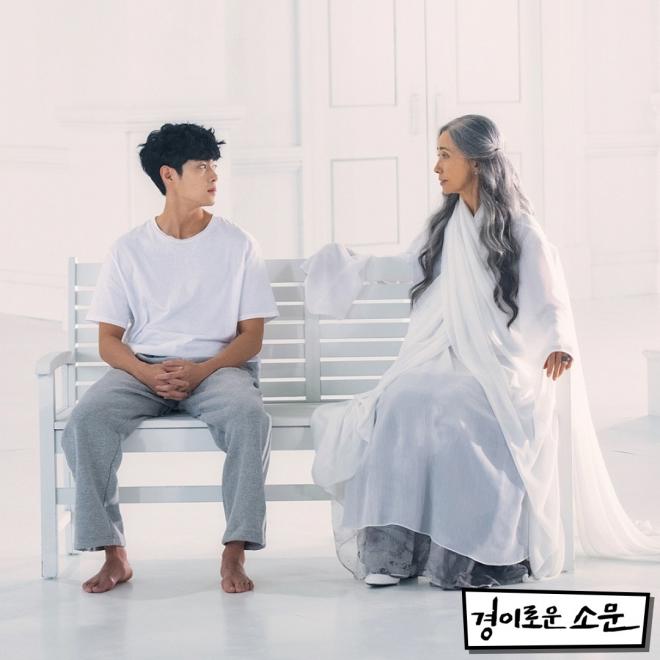 Evil spirits are outlaws from the spiritual world that come to earth in search of immortality. To become immortal, they take over human bodies and get to interact with their hosts, prodding them to kill. They then devour the souls of the humans they kill which make them invincible.

Counters, on the other hand, act as grim reapers whose job is to summon spirits to the spiritual world. Their tedious task especially focuses on hunting nefarious spirits dwelling on earth and killing humans to eat their souls. 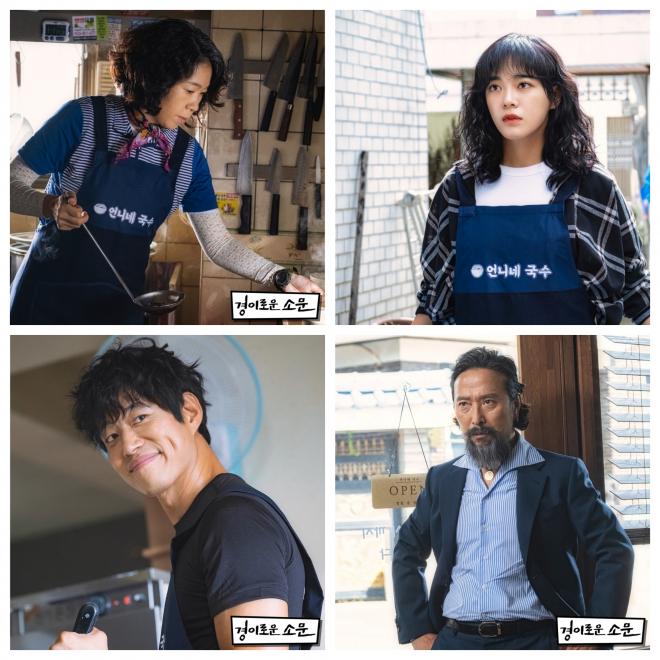 Meanwhile, a small neighborhood noodle restaurant becomes the talk of the town. Notwithstanding the stoic employees running the food house, people don’t mind standing in long queues just to have a taste of their amazing food.

But hiding in the guise of noodle employees, this group of individuals are, in fact, Counters who are on a mission to chase down demonic spirits.

As a Counter’s soul enters So Moon’s body as its new host, he undergoes dramatic physical changes. With this miraculous recovery comes his realization that he now possesses superhuman capabilities. Little did he know that his heroic journey is about to begin. 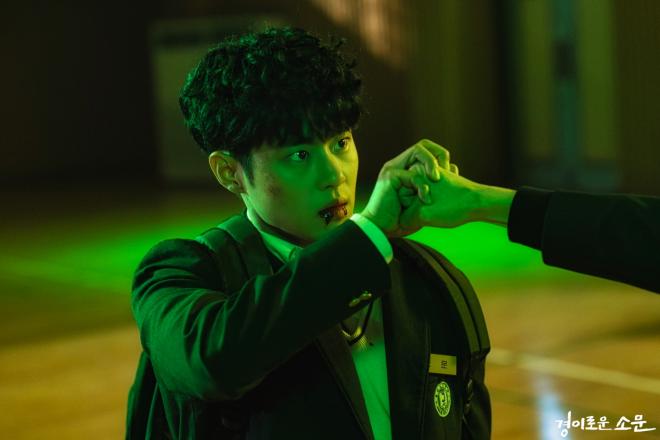 It doesn’t take long for him to meet his fellow Counters who implore him to join their company. Although hesitant at first, So Moon wholeheartedly embraces his new self and the duty he has to fulfill. Meeting his parents’ souls becomes his primary motivation as he starts to pour all his energy in becoming a full-fledged Counter.

Characters to Root For

Each Counter possesses distinct special skills making each one of them an indispensable component of the team. Having each other’s back, they courageously put their best foot forward in every dangerous encounter with the demons. 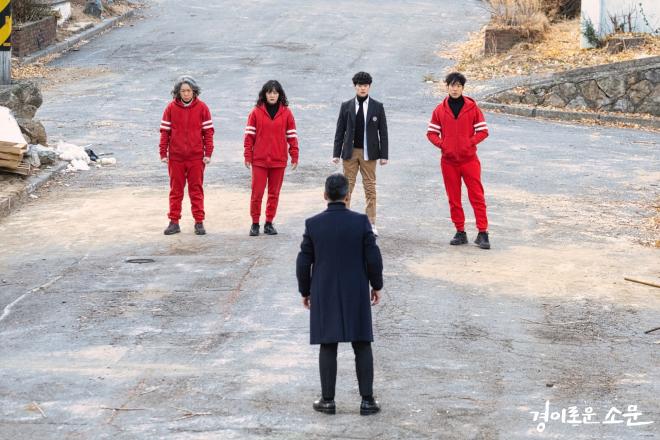 Prior to becoming Counters, all of them were just once ordinary humans who lived their lives beyond mundanity. Having had first-hand experiences of being at the losing end of unfair circumstances, the rawness of their pain became their driving force to fight the evil beings. 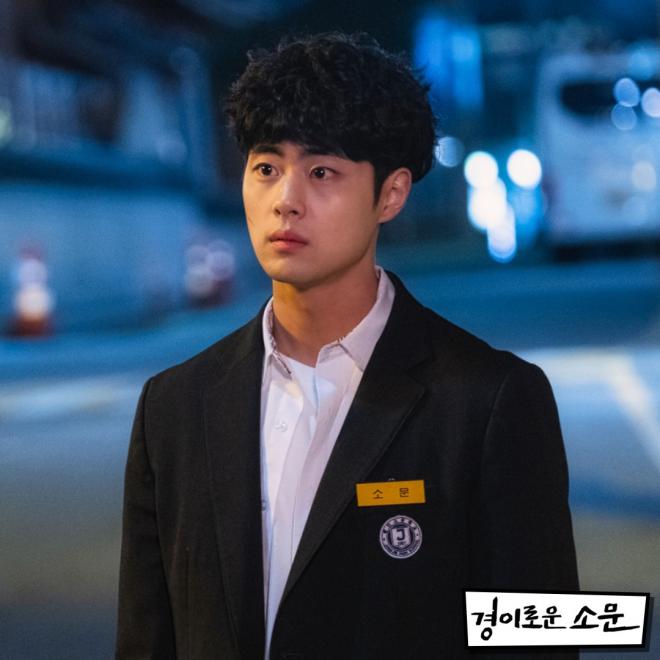 So Moon, the sole survivor in the car accident that killed his parents seven years ago, realized that the unfortunate event was in fact instigated by some individuals who hold both power and money in their hands. 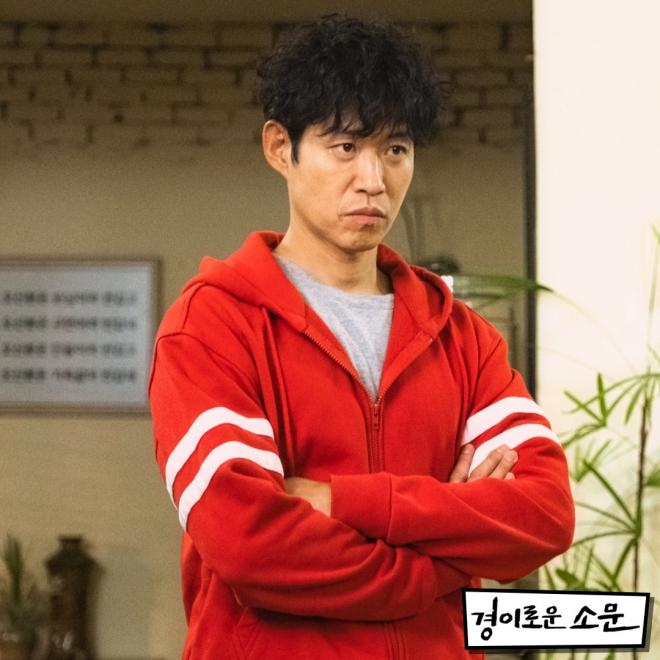 Ga Mo Tak, after regaining his memory, learned that he was a detective who survived the plotted murder orchestrated by the same people behind the death of So Moon’s parents. When he began to have a clear picture of his past, his fiancée was killed by the same people who wanted him dead. 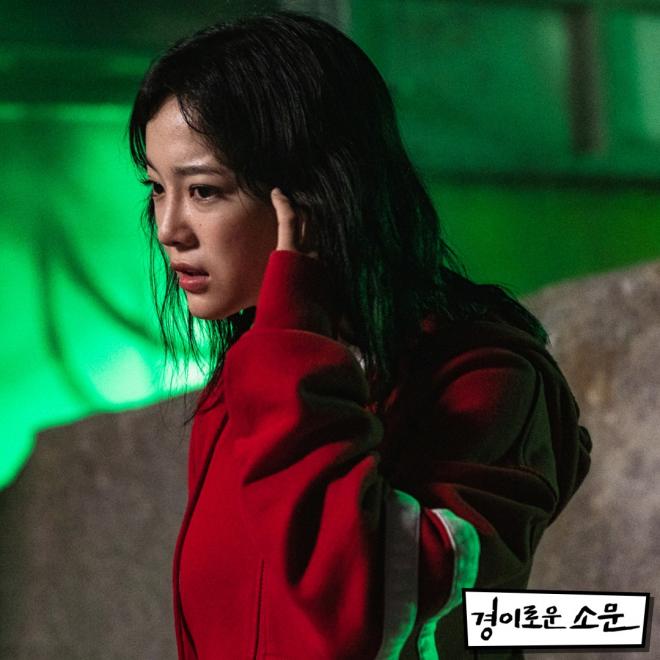 Do Ha Na (Kim Se Jeong) used to have a happy and peaceful life until everyone in her family died from poisoning. Her greedy uncle then took over their family business and properties. 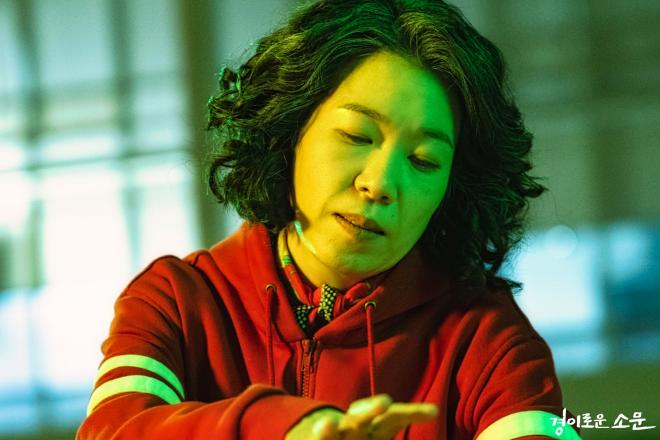 Chu Mae Ok (Yum Hye Ran) agonizingly outlived her only son after his life was claimed by a tragic incident. Unable to save her son’s life from drowning, she spent the remaining days of her life as an ordinary human blaming herself for her son’s death.

Realizing the tragedy that befell these heroes will make anyone root for their triumph until the very end.

Counters depict a special relationship that goes beyond being just a team. Sans the blood ties, they have forged a strong bond like that of a real family. Their loyalty and affection towards one another transcend their role as Counters. With a shared set of values and a common goal of upholding peace, they help lift each other’s burdens as they fulfill their duties. 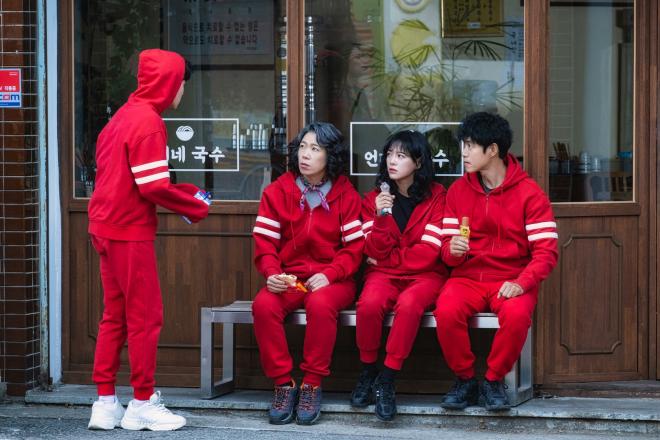 Somehow, their unique strengths complement one another’s weaknesses. Ga Mo Tak and So Moon both have exceptional physical strength. Do Ha Na’s ability to sense an evil spirit from a measured distance helps them to be a step ahead of the enemies. Chu Mae Ok’s healing power comes in handy when Counters need to revitalize their strengths. Chairman Choi Jang Mool (Ahn Suk Hwan), the first Counter in Korea, manages the group’s expenses and takes care of their financial needs.

In the grander scheme, each of them plays an indispensable role in their quest to preserve peace in both the spiritual and physical worlds.

Magical Realism at Its Best 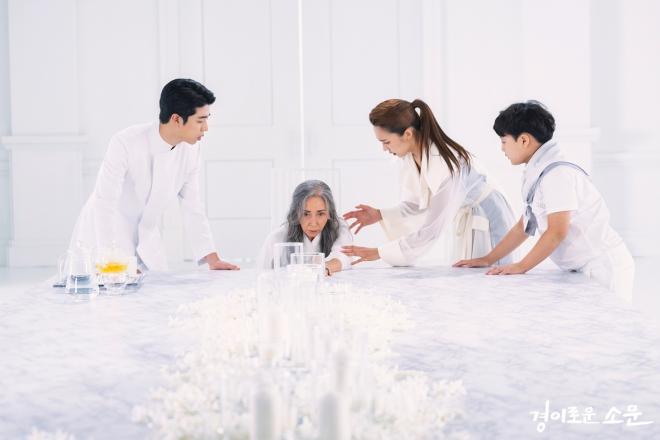 Herculean strength, the existence of the spiritual realm, and demon-hunting tasks challenged the extent of the viewers’ imaginations. These elements are reasonably engaging and essentially deliver the thrill in the series.

While the series is heavy on fantasy, themes touching on humanity, on the other hand, provide a perfect balance to its make-believe facets. 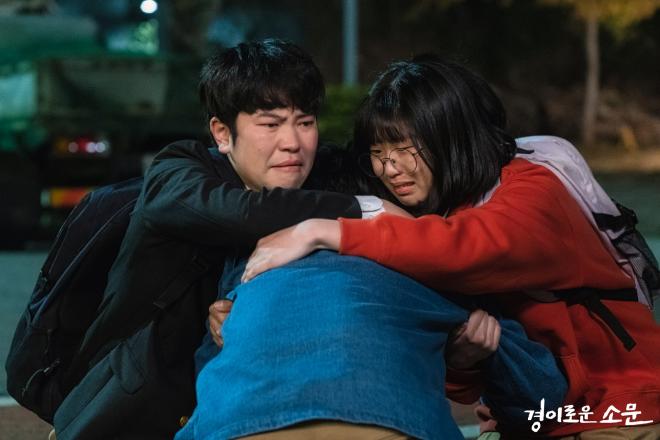 The drama highlights the primacy of family and friendship and how these kinds of relationships mould a person’s character. It also mirrors the reality of social inequalities as manifested through the act of bullying and murderous schemes by those in power.  Hence, The Uncanny Counter serves as a perfect middle ground between fantasy and reality.

The Uncanny Counter made history as it became the highest-rated OCN drama. That feat says a lot about its gripping plot and the actors’ delivery of their roles beyond reproach.

The series has a clear and coherent plot flow throughout its run, which detours from the usual conundrum-filled narratives of suspense-thrillers. The main characters have their own logical arc with clear-cut backstories. Surprisingly, this outright style of storytelling worked well in such a way that it warranted strong engagement from viewers to root for the beloved characters from the onset of the series.

Everyone in the cast, from the protagonists to the villains, have impressively owned their roles. You can sense overflowing chemistry among the actors with the way they harmoniously delivered their parts in every scene.

Jo Byeong Gyu was especially a revelation in terms of top-billing a franchise. It’s safe to reckon that his character portrayal may just pave the way for more high-profile projects to come his way. The rest of the supporting cast are also beyond praise. Idol-turned-actress Kim Se Jeong proves that she also has her place in acting. Veteran actors, Yum Hye Ran and Yoon Joon Sang, have substantiated their reliability as staple talents in any genre.

1. Heroes defy the boundaries of age and gender

The Uncanny Counter deviates from the stereotypical context of superhero stories. Having Counters with diverse characteristics strips off the usual image of a hero. With the Counters’ even age and gender distribution, the series sends out a strong message that anyone is capable of doing heroic acts for others.

2. When evilness is nurtured, it creates a ripple effect.

Just as good thoughts create a ripple effect, bad ones do just the same. In most cases, the destructive effect spreads like a wildfire. In the series, the string of unfortunate events was rooted in a single wicked act from the past.

Although the drama leans heavily on the action side, it also provides a soul-stirring narrative depicting an unconventional familial bond founded on loyalty and trust. It heartwarmingly shows the process of unexpectedly building an unbreakable bond with former strangers.

Overall, The Uncanny Counter successfully delivered beyond expectations. And season 2 is underway soon. This series is well-recommended to viewers who are looking for an adrenaline-pumping plot with a touch of humor and heartwarming side stories.