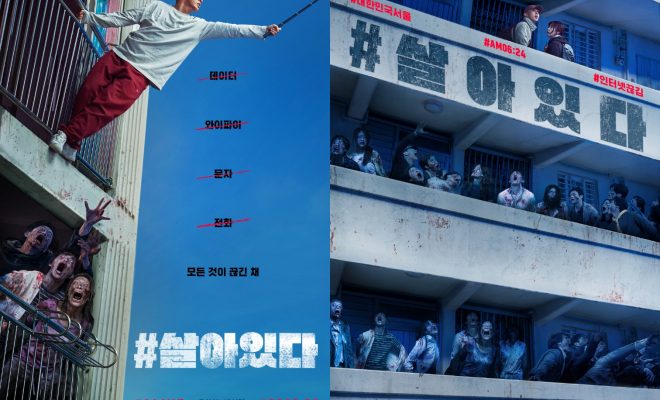 Acknowledged as bankable actors of their generation, Yoo Ah In and Park Shin Hye are all set for an enthralling film adventure. Their first collaboration is through film #ALIVE. 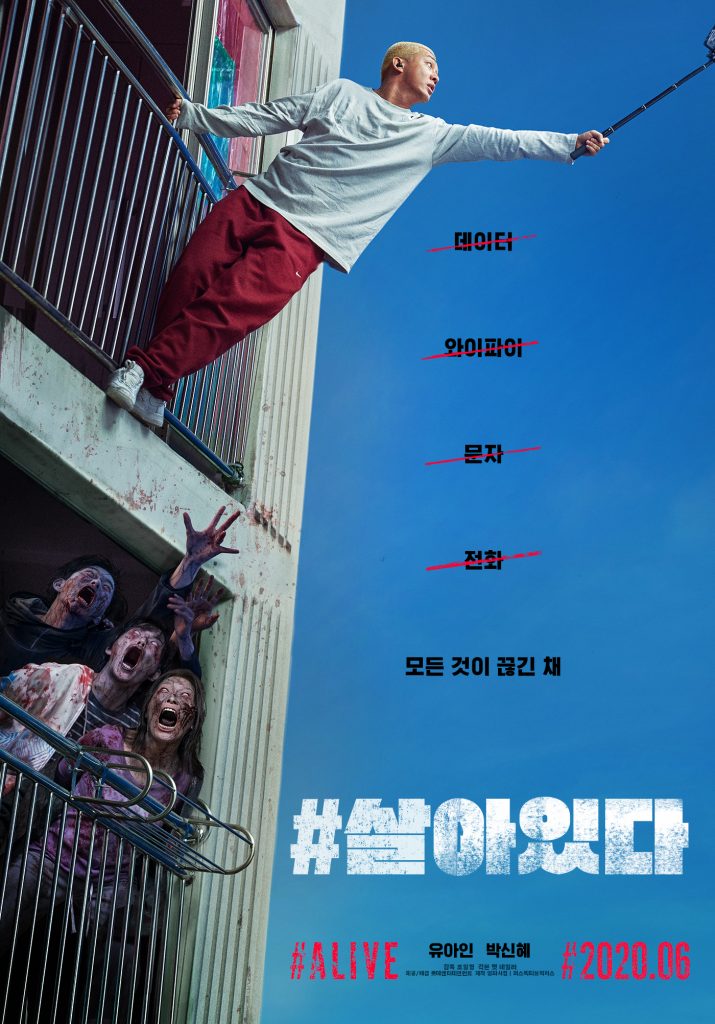 In the released poster, Yoo Ah In is seen standing dangerously on the apartment railing while trying to get a mobile phone signal. Beneath him are scary creatures clamoring for a taste of his flesh.

Another photo shows Yoo Ah In with Park Shin Hye on the same predicament. Weary reflects on their worried faces as they isolate themselves from the attack of the scary creatures. 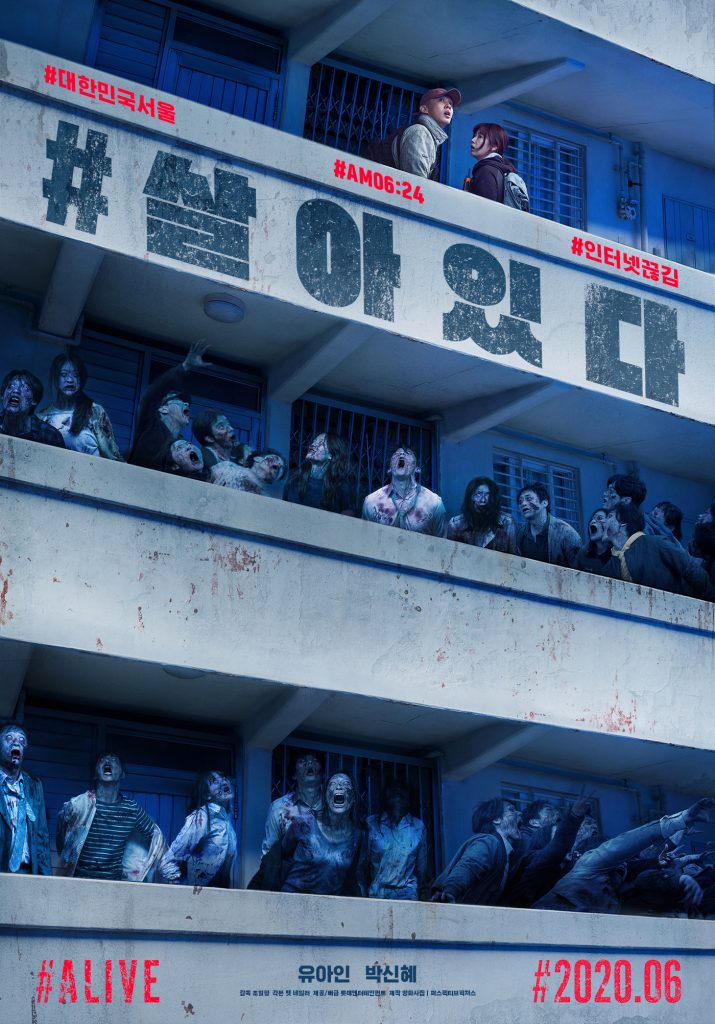 Yoo and Park will portray the roles of Jun-woo and Yubin respectively. Both are set to challenge the roles of survivors in a dire situation to survive the fatal attacts of unknown creatures.

Based on the original scenario of Hollywood screenwriter Matt Naylor, #ALIVE goals to capture an exhilarating story requiring strong character immersion. Naylor has also worked as a producer and director of works such as Small Businesses Are Saving Our Main Streets and What It’s Like.

Meanwhile, director Jo Il Hyung who has actively worked in the US, particularly the American Film Institute, will make his first feature film through #ALIVE

#ALIVE is set to hit the big screen in South Korea in late June.