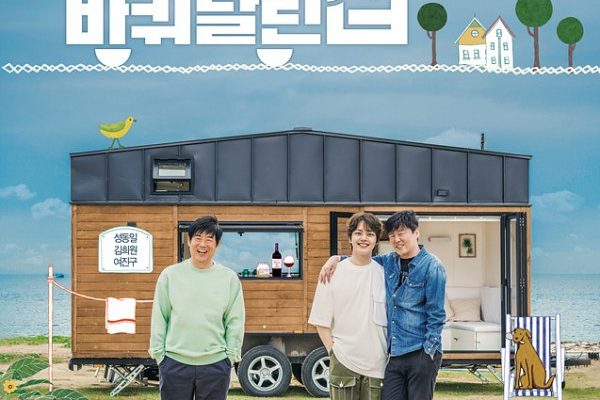 Showing great synergy, the three brothers stood behind a tiny house on wheels under the clear blue skies. While the cast members look all relaxed and breezy, the wheeled house standing before the calm sea suggests a homey and comfortable ambiance.

Steering a pleasant and sunny mood, the new variety show guarantees feel-good moments through warm stories from its cast and guests.

With just four days away before its official broadcast, tvN also pre-released a five-minute highlight video on what to expect from the show.

Directed by Kang Goong, House on Wheels is a new variety show starring Yeo Jin Goo, Sung Dong Il and Kim Hee Won. It will feature concepts including a tiny house, minimalist living and nomadic lifestyle. The three will stay in a quiet place in a wheeled house. Additionally, they will be inviting precious people and guests for warm and healing encounters filled with laughter.

In the five-minute highlight video released, it shows the first housewarming party of the three brothers who escaped for healing adventure with their tiny house.

House on Wheels will premiere on June 11 at 9 PM KST on tvN, following Hospital Playlist.